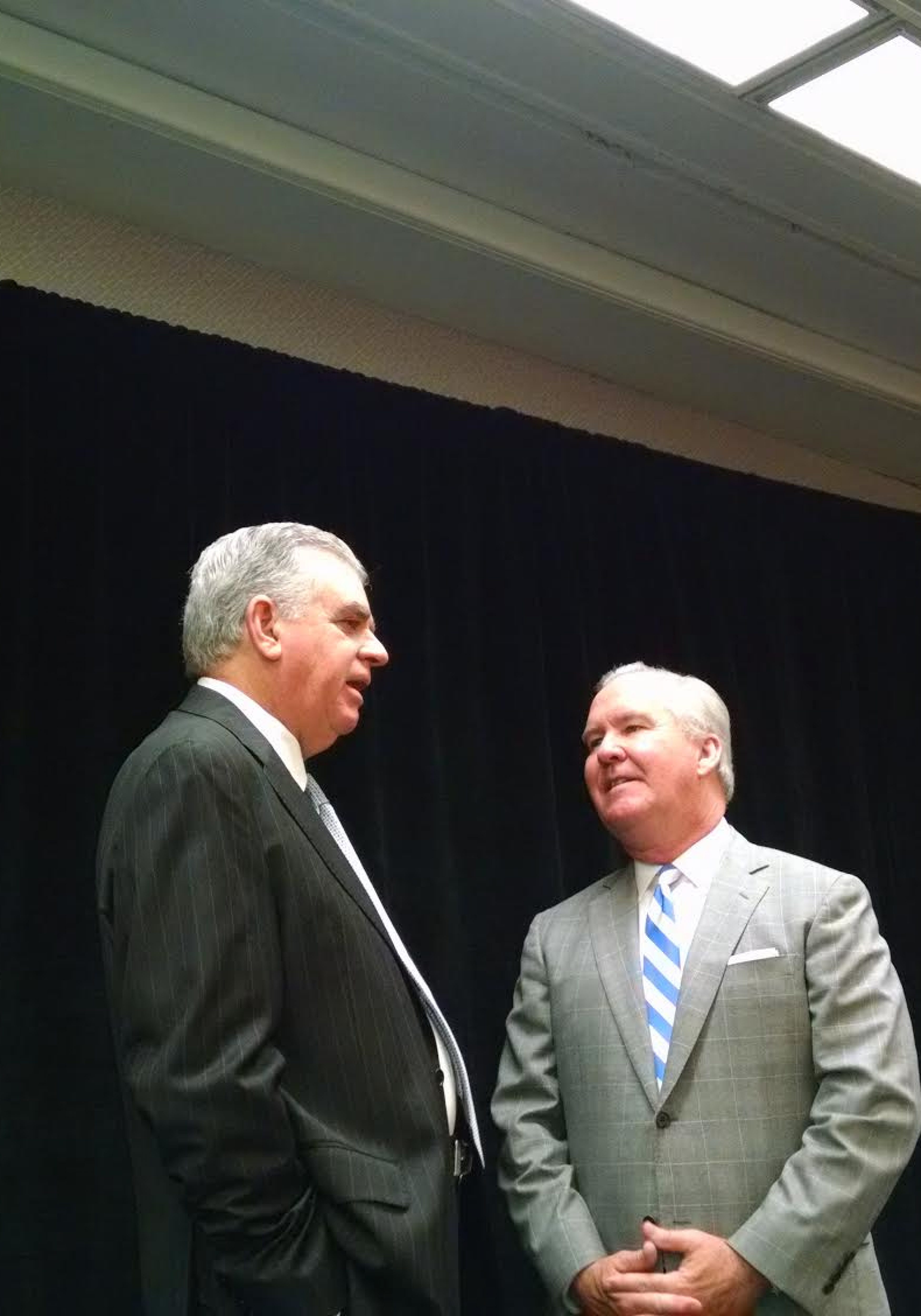 Are Tampa and the state of Florida on the cutting edge of transportation that is about to transform the world in the next decade? Though Tampa leaders frustrated with the Florida Department of Transportation might think otherwise, that’s the viewpoint espoused Tuesday by Ray LaHood, the former secretary of transportation in Barack Obama’s first term in office.

LaHood is a member of Building America’s Future, a bipartisan national group advocating for more infrastructure spending in the U.S. Along with the Tampa/Hillsborough Expressway Authority and local engineering consultant HTNB, they sponsored the panel discussion, entitled, “All Roads Lead to Tampa: How Tampa is driving the Future of Transportation.”

When it comes to self-driving cars and trucks, the revolution may already be here. Google, Apple, Daimler and now other automobile companies have been working for years on such technology, and it’s only accelerating.

LaHood said that to embrace driverless cars means to embrace putting the technology into the infrastructure. But he says that America as a nation has not done that, referring to the fact that the federal gasoline tax that has paid for transportation projects over the years hasn’t been raised since 1993. “That’s why America is one big pothole,” he lamented, saying that there are now over 58,000 structurally deficient bridges in the country.

The motivating factor why companies are working with driverless cars is safety, said Kaushik Raghu, a senior staff engineer with Audi, referring to how there are 30,000 lives lost to traffic accidents every year.

“We can do better,” acknowledged Greg Krueger with HNTB, referring to not only the number of deaths on the road every year, but also more than three billion gallons of fuel he says Americans waste every year stuck in traffic congestion.

Nobody in public policy has been a bigger advocate for driverless technology than Jeff Brandes. The St. Petersburg state Senator said he took a test drive with an autonomous car at the Sonoma Raceway track in Northern California at 120 mph, and said the first time he rode in such a car he was “terrified.” He said that it was “interesting” the next two times, and then “you’re bored the rest of your life,” saying it was like flying a plane on autopilot. “The technology works. It’s exciting,” he said. “It’s hard to explain how transformational it’s going to be in our lives.”

“Technology goes well beyond the car,” said Joe Waggoner, executive director with THEA, explaining how impactful driverless technology in on transportation overall. “It involves pedestrians, it involves bicyclists, motorcycles and the automobile. That opportunity for safety goes to all of those, and it’s not just about giving heads-up warnings to drivers in their vehicles … it’s about the infrastructure in alerting pedestrians, alerting the bicyclists to approaching cars or to approaching signal systems, so that’s our application.”

Mike Suarez, Tampa City Council chair and chairman of the board with HART, said that it’s incumbent on local policymakers to successfully incorporate the aspects of this new transportation technology into city planning. And he name-checked Winston Churchill to boot, saying that the region was the “end of the beginning” in contending with this brave new world.

Introducing LaHood as the keynote speaker at the event was Tampa Mayor Bob Buckhorn, who effusively praised the former Transportation Secretary for approving a $10.9 million TIGER grant in 2012 that helped finish the Riverwalk.

The mayor also referred to the recent rejection of a proposed half-cent sales tax, saying “in spite of some of the recent debate, most realize we need mobility options. It is not free. It is not cheap. But if our future is going to be what I think we are capable of being, we need to have this debate, and we need to look at every option that is available to us.”

FDOT’s Paul Steinman reminded the audience at the conclusion of the event that the Florida Automated Vehicle summit will take place in Tampa Nov. 29-30.