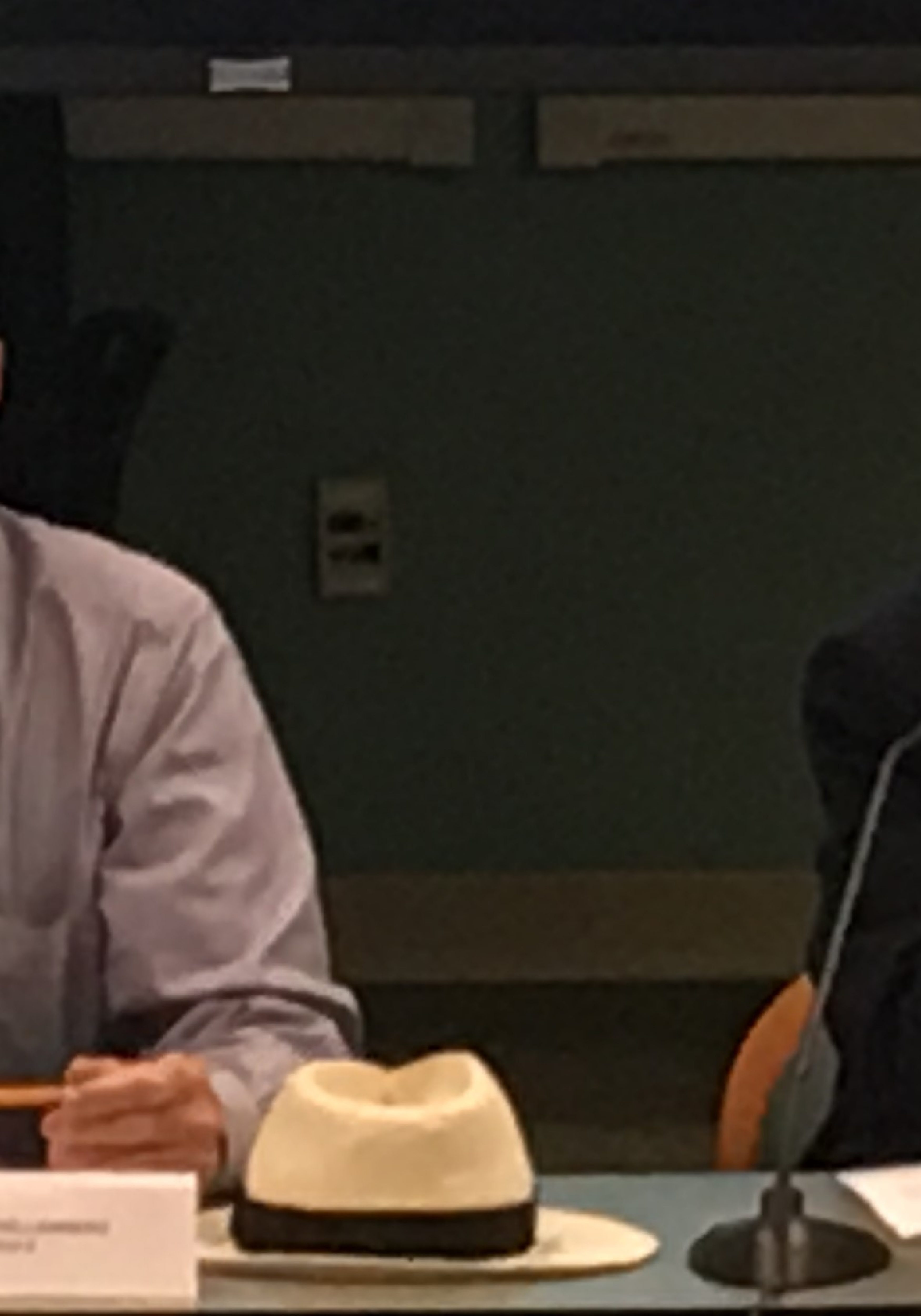 Alas, there were no slot machines in the Lynwood Roberts Room for demonstration purposes. None of the earmarks of a casino. No young women selling packs of cigarettes. And very little in the way of entertainment in a committee workshop that had about as much drama as an algebra equation.

Rather, there were just the familiar long tables laid out in rectangular form, where members of the Jacksonville City Council Finance and Rules committees congregated Thursday to discuss 2016-370, a bill which, if it passed, would allow for a November referendum regarding slot machines in Jacksonville.

On the table: a bill permitting a vote on the operation of up to 2,000 slots, seven days a week, with 24-hour operation on the weekends, at the bestbet location in Arlington.

This would be the biggest non-tribal slot facility in Florida at bestbet, the largest card room in Florida.

The measure would preclude a competing operator within 100 miles, effectively giving the politically connected bestbet monopoly rights on this type of gaming.

Coming into the meeting, it was hard to anticipate where resistance would come from. bestbet, the company looking to put slots at its Arlington location, had directly donated money to over half the city council. And the affiliated Jacksonville Kennel Club and Orange Park Kennel Club likewise are politically active.

Meanwhile, an all-star group of lobbyists, including Susie Wiles, Paul Harden, and Jim Gilmore, were on hand to help present the case.

Sponsor Aaron Bowman, in describing the bill, lauded the potential job creation and lamented the fact that currently, if people want to play slots, they have to leave the area.

Harden spoke next, explaining the measure was simply to get the referendum on the ballot, and noting the Supreme Court arguments on the subject.

“There have been six other counties,” said Harden, “that have proceeded with legislation on this issue.”

Four, said Harden, were over 60 percent; the other two in the mid-50s.

Reggie Gaffney wanted to know, immediately, how the bill could be fast tracked; Harden said the preference was for a “transparent” process.

“If you haven’t been out there,” said Bowman, “I recommend you take a visit … this is a class act facility, and [slots] would be a great addition to an area of town that could use some uplift.”

Harden noted that there is a “window,” given that the November ballot is the last chance to meet before the Legislature reconvenes.

There were some sticking points: one on the revenue coming to the city from the potential 1.5 percent payment of revenue from bestbet slots, which General Counsel Jason Gabriel said was separate from the policy question.

Council President-Designate Lori Boyer had questions regarding “the ability of the city to come back” regarding impacts created by the slots.

“There typically is with a payment like this,” said Gabriel, a need to “see a rational nexus between the revenue stream and the impacts created for the city.”

“Getting into this worst-case scenario if somebody sues,” Gabriel said, “typical in this situation is that an interested party would intervene.”

Counsel Gabriel recommends separate legislation to address these concerns. Boyer chided him for talking around the issue with phrasings like “interested party,” given that there is one interested party in this bill.

“When we have a Supreme Court case pending … I want some comfort level from you that we are not going to spend an inordinate amount of money defending ourselves against a lawsuit … exposing the city to a lawsuit as a result.”

“If there is litigation,” said Harden, “we will intervene” and assume all related costs.

Councilman John Crescimbeni noted that in Washington County, local government gets 3 percent of slot revenues, and in Brevard, 2 percent of revenue goes to government.

Crescimbeni also noted that when a “tree amendment” referendum passed, the city was sued, and legal action took a number of years.

Councilman Garrett Dennis wanted to know if the “Indians” would object to slots locally, wondering if competing slot machines at internet cafes and the like needed to be shut down.

“I’m concerned about,” Dennis said, “these internet cafes that proliferate.”

Harden reassured the councilman this legislation would not allow for such internet cafes.

Gabriel said “this legislation would be the only avenue to legal slot machines in Jacksonville,” and those internet cafes “shouldn’t be around.”

Councilwoman Joyce Morgan, who represents the Arlington area, was curious as to “future oversight” the city might have over the operation.

Harden noted gaming is state-regulated, while the operation is subject to the monitoring and regulations other businesses are subject to.

“We have gone through … decline when it comes to economic development,” said Morgan, citing the dying Regency Mall.

“But I don’t think we’re so desperate that we’re looking for just anything. I’ve felt, since they’ve been there, that bestbet has been a good neighbor,” Morgan continued, citing the company’s commitment to “nonprofit organizations.”

“It is a place that we can be proud of in our community,” Morgan added, saying she supports the measure, as she has “traveled a little bit and sees slots everywhere.”

Council President Greg Anderson had questions about economic impact, noting that the projection of $5.7 million a year could be a best-case scenario.

“Let’s say the Supreme Court … makes the episode kind of a moot exercise,” Anderson said, wondering what the strategy would be if the court slapped it down.

Short answer: it would be off the ballot.

As well, said Harden, there may be a similar bestbet referendum in St. Johns County, well south of the county line.

“We’d move further south so these would not be competing facilities. We don’t want to compete against ourselves,” Harden said, adding that “we just want to have the largest revenue stream possible.”

Rules Chair Matt Schellenberg, a frequent traveler, noted that he’s seen people in his travels “playing slots quietly; it looks like they’re having a good time.”

“It’s quiet. It’s the most diversified group of people you’ve ever seen.”

previousU.S. Sugar pushes back over claims cane industry is to blame for postponed water projects