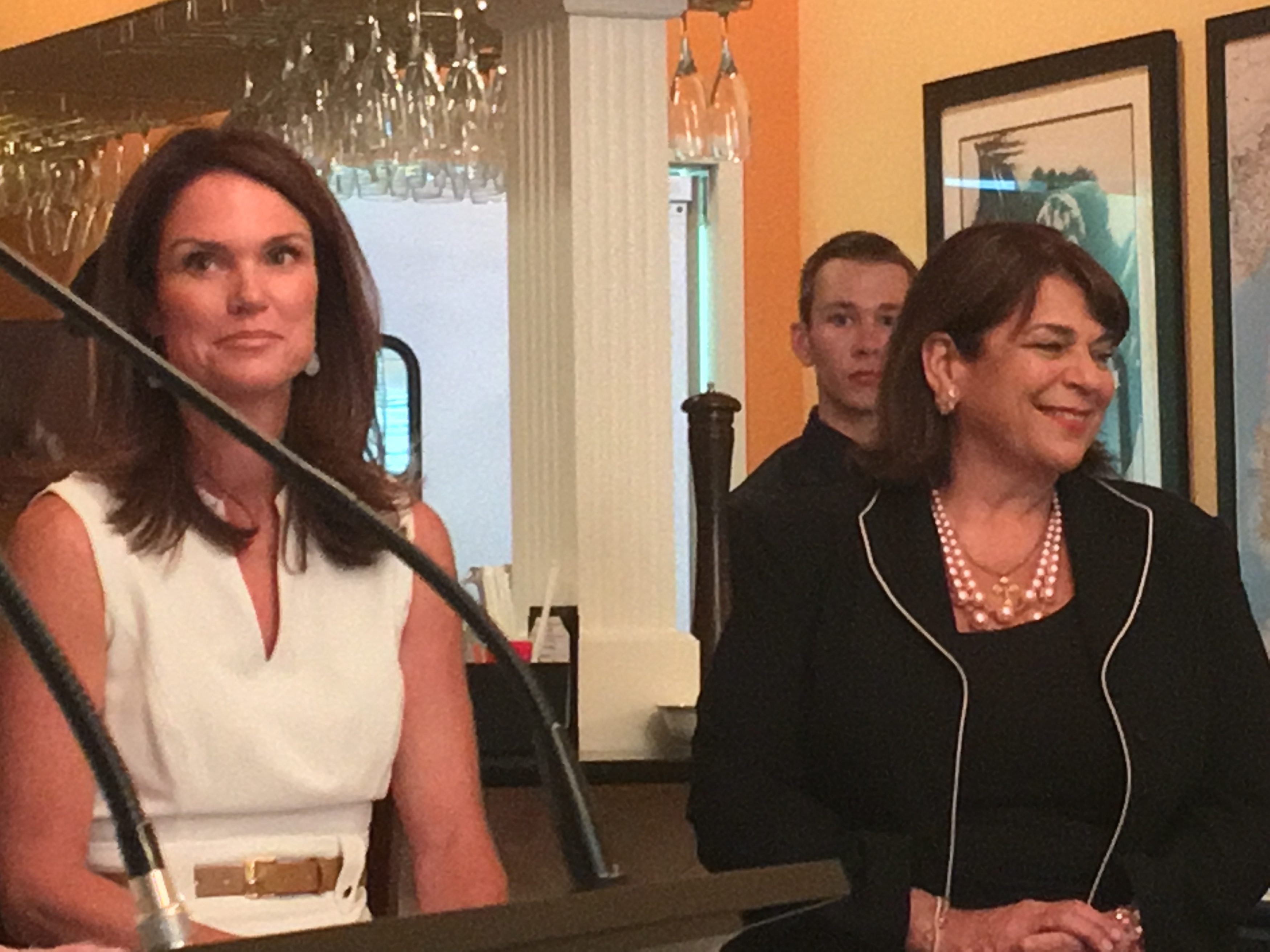 An Italian restaurant in Fleming Island was the unlikely venue for the first candidate forum in the 4th Circuit State Attorney race.

Incumbent Angela Corey and challengers Wes White and Melissa Nelson participated in what turned out to be a heated discussion.

Of the three candidates, Nelson seemed the most interested in making her case for why it was time for a change in the State Attorney’s Office.

Corey, as has been her wont this campaign, repeatedly went on the offense against the media, which seems to be more of a real opponent for her than Fleming Island’s own Kenny Leigh, the write-in candidate whose exclusion from this forum must have been an oversight.

And White, meanwhile, made the folksily populist case he has made throughout this campaign, one laden with more than a few odd statements.

Those wondering why Nelson is running would have found out from her opening statement, in which she said she wanted to bring more “fairness, transparency, accountability, and integrity” to the State Attorney’s Office.

One might have thought that would be the point of the debate: one of how the office can function at its best.

Instead, the forum got derailed into less productive directions.

White led off by bashing Jacksonville, noting “people in Clay County know the criminal justice system in Jacksonville is broken.”

He continued with, “the power structure in Jacksonville is more interested in scoreboards, covered practice fields, and pensions” than ensuring children have a “decent way of life.”

Corey’s open was likewise weird: “I care more about this community probably than anyone up here,” making a bizarre emotional appeal that led into the first of many mentions of her “23 endorsements.”

After the opening statements, the questions came in … though the answers were a bit curious.

When asked how many criminal cases she had tried, Corey answered the question: “well over 100.”

But she couldn’t stay on topic the entire time.

As she did recently at a debate against Public Defender Matt Shirk in Jacksonville, Corey wondered when “the criminal justice system became a vicarious spectator sport.”

The incumbent, when asked what more the State Attorney’s Office could do to combat crime, also had a curious answer: “working well with law enforcement.”

Corey, whose office offers little in the way of an ombudsman function to law enforcement, has decided to make that a selling point, while seemingly implying that nothing can be improved in the office.

Nelson, meanwhile, discussed an actual path to tangible improvement: “community prosecution,” a concept remarkably alien from justice in the 4th Circuit, as it aims to bolster the public confidence in the judicial system.

Nelson’s approach is pragmatic, and rooted in mainstream conservatism.

She noted “conservatives are leading the discussion on criminal justice reform,” adding a message about the “costs of prosecution” being “extraordinary,” in response to a question about alternative forms of justice.

This contrasts with White, who crowed about how, when he was Nassau County attorney, he “required kids to clean bed pans at the Association for Retarded Citizens,” which “is the price to be paid for violating the law.”

The difference between the two challengers could not be more stark: one is talking about meaningful and restorative reforms of an antiquated approach to criminal justice promulgated by a State Attorney who brags about “overcharging” defendants, while the other is talking about kids cleaning bed pans.

Perhaps that’s the reason, as Nelson said, that “in 25 days, [she] had raised more money than [her] opponents did together in a year.”

The candidates were asked, for some reason, about Jacksonville’s Human Rights Ordinance expansion.

Corey said that she didn’t have a position on the matter, as it’s “not something [she] studied,” and, were she take a position, it would become “news based on what the person reporting the news thinks is important.”

Nelson, while noting that she’s not running for a lawmaker position, said that “discrimination in all forms is wrong.”

He expressed his belief in his “heavenly father,” as well as “the right to life” and “term limits,” which apparently constitute a new form of Trinitarianism.

Then, the chatter for the cheap seats: “only women should decide who is in their bathroom,” a statement which elicited a tepid round of applause.

Soon thereafter, White would troll Corey over accepting a plea bargain in the Lonzie Barton case, for which she was recognized by Jacksonville’s City Council the day before, denigrating the incumbent for doing what she “believe[d] absolutely necessary to bring the body home.”

Corey noted, correctly, that “it’s easy to talk about a case in the headlines and say you wouldn’t take the plea.”

As the forum progressed, Corey managed to return to the familiar trope of an eternal war against unnameable adversaries.

She complained, for no real reason, about how she wished she “hadn’t taken things so personally.”

“When people sneak things to the media,” Corey elaborated, with “best friends who call the media at a whim and say ‘why don’t you trash the State Attorney’?”

Nelson, soon thereafter, pointed out that “Ms. Corey has admitted that she takes things too personally.”

The question that Republican voters will be encouraged to ask is why she does.

Corey has a paradoxical approach to presentation.

On one hand, she is extolling her office’s record.

On another hand, she is always railing at the invisible enemies of the press, without demonstrating the necessary capacity for self-examination that might make those relationships less adversarial.

Meanwhile, White is also presenting himself curiously, almost as if his goal now is to take Nelson out of the race.

Time and again, White came back to his main gripe at this point in the campaign — why the donor class has backed Nelson so enthusiastically.

Even after a year on the campaign trail, he doesn’t seem willing to discuss the kind of meaningful criminal justice reforms that come naturally to Nelson, reforms that work in other jurisdictions.

The campaign, up until Nelson entered the race, was one of personal sniping. It seems that she wants to elevate that discourse. But she’s meeting resistance.

Will that be the case in future forums? Or will the candidates — all three of them — find a way to make the race about ideas and improvement, rather than self-aggrandizement and grandstanding that runs counter to the principles of justice enshrined in American government?