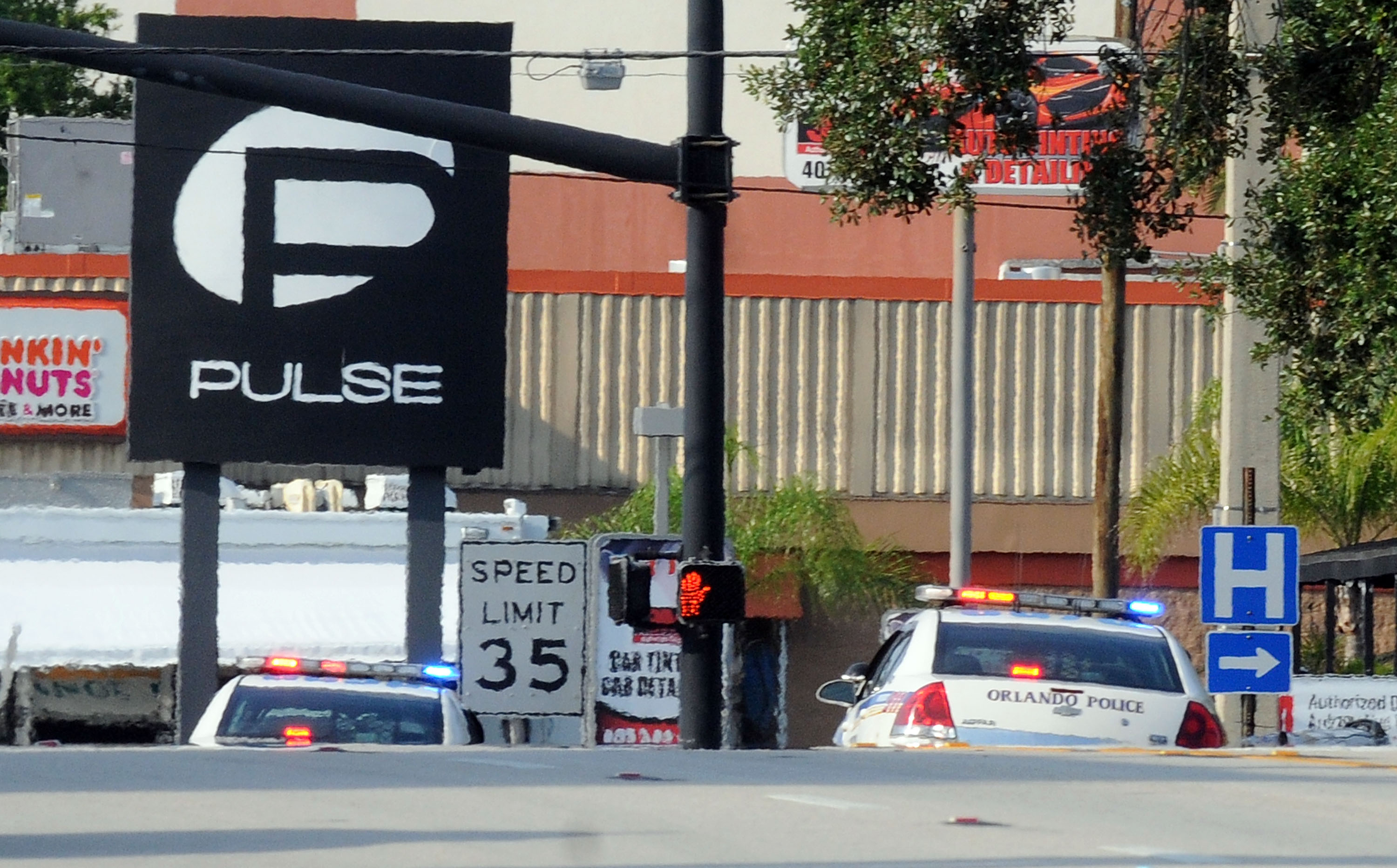 A senior resident at an Orlando hospital is still wearing the bloody shoes he wore as he treated victims from the Pulse nightclub shooting.

Shortly after the June 12 shooting, Dr. Joshua Corsa wrote a moving Facebook status and posted a photo of his sneakers that were bloodied as 44 patients from the gay nightclub were brought into Orlando Regional Medical Center. He vowed to keep wearing the shoes – which he bought about a week before the shooting – until the last patient leaves the hospital.

Nine patients died shortly after arriving at the hospital. Most others were discharged within weeks. Another was discharged this week, leaving one person in critical condition.

“I’m optimistic that (the patient) will get better and I don’t have to wear them for too much longer,” Corsa told the Orlando Sentinel. “Not that it’s any burden by any stretch.”

The shooting was the worst mass shooting in modern U.S. history and left 49 victims dead and 53 others wounded.

The time has flown for Corsa since the shooting.

“It’s going to be a year and everything is probably still going to be incredibly fresh in my mind,” he said, adding, “you can’t go through anything like this, whether you’re a victim, a responder or in my case just a guy in the hospital helping out, and not be changed by it.”

Since his Facebook posting and media coverage, Corsa said he’s received letters, cards and gifts from people across the United States.

“I’ve heard from people in Boston and Sandy Hook and San Bernardino for this very unfortunate and exclusive club that no one wants to be a part of,” he said. “They’ve just reached out, given me advice and asked how they can help.”

He said a few letters brought him to tears. “And things like that mean so much,” he said.

Corsa isn’t sure what he’ll do with the shoes once he stops wearing them. He’s been approached by Orange County’s Regional History Center. While he finds the idea appealing, he said he may keep them in his office.

He said he will always be teaching medical students throughout his career “and this is a way of talking about that event and broaching a subject that in medicine we don’t talk a lot about.”

nextTed Cruz defiant as GOP slams him on Trump non-endorsement