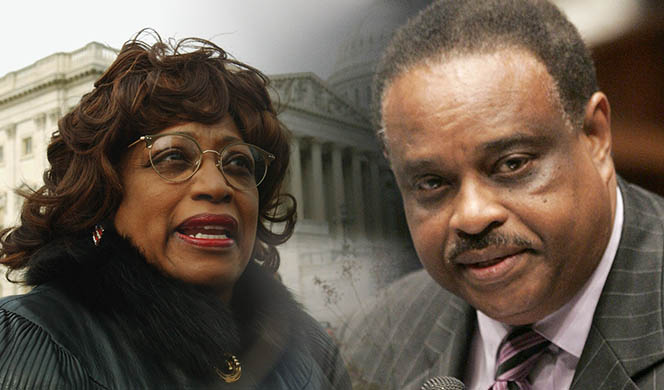 Florida’s Congressional District 5 has seemed to be the tale of two districts: Jacksonville — and “North Florida” out west.

It’s been assumed Corrine Brown, no matter the strengths of her primary opponent Al Lawson, would carry Duval County, compelling Lawson to stack votes out west.

However, an internal poll from Lawson’s camp shows that, since Brown’s indictment, Lawson is up by 8 points in Duval County.

If that poll is correct, then it’s a game changer.

Lawson has a serious cash-on-hand advantage — $120,000 will show in his next filing, versus the $25,000 Brown has — and she is having serious trouble, Lawson said, reaching the rest of the district.

Brown, said Lawson, is concentrating on Gadsden and Leon counties, and to that end, she is headed out west with regular surrogate Martin Luther King III in tow.

“What can Martin Luther King III tell the constituents I’ve had for 28 years?”

Lawson handles his business differently than a lot of Jacksonville Democrats. He doesn’t make a habit of campaigning in churches. And he doesn’t need a “third party” to help him work a room.

Of course, there are caveats to that: a friend who helped set up the interview Lawson had with FloridaPolitics.com Thursday was Susie Wiles, the Jacksonville powerbroker most closely identified with GOP administrations, who most recently has been Florida co-chair for the Donald Trump campaign.

Lawson has a good relationship with the Ballard Partners lobbying firm in Tallahassee, Wiles said.

And, while on the subject, Lawson has done really well interacting and advancing priorities for his constituents with Republicans over the years. He was instrumental in working with Gov. Jeb Bush to get a law school at FAMU, to name one example.

Compared to Brown, whose contentious relationships with the media and pyrotechnic quotes have become a cliche with the press corps, Lawson is exceedingly good at meeting people where they are.

“I’ve never been in a district that’s more than 26 percent African-American,” Lawson said.

In other words, he’s made a political career predicated on the North Florida Way, building coalitions with conservative Democrats and Republicans both in the Legislature and at the polling place.

And that’s a danger for Brown.

Lawson hasn’t hammered Brown on the 22 federal counts related to her involvement in the One Door for Education case, but Thursday night will see a direct attack on Brown’s integrity.

“She’s lived a great life. A lot of stuff’s been handed to her,” said Lawson, adding that Brown “violated the public trust.”

Lawson, who has known Brown since both were in the Legislature in the 1980s, said she had “issues” dating back to that bygone era.

The One Door case is the next level, though. And Lawson believes it is salient.

“At first, those were just charges,” Lawson said, but after the indictment, a “long paper trail” was exposed.

“I don’t see how you can ask constituents to vote for someone who has been indicted,” Lawson said.

Worth noting: Brown and Lawson maintained a good relationship over the years, with Brown even showing up at a D.C. fundraiser for Lawson in 2012.

“We are associates,” Lawson said, adding that when they last talked 10 to 12 months ago, Brown gave him no indication she was running in this district.

“She told me she only wanted to run in Jacksonville or Orlando, not in northern Florida,” Lawson said about the conversation held when Brown was legally challenging the new CD 5 map.

Lawson jumped in. Brown jumped in later. But by then it was too late, as Lawson’s campaign was in full swing.

The case that Lawson needs to make tp Jacksonville voters who might be skeptical of him — especially Democrats who don’t know him — is predicated on his knowledge of local priorities.

There has been a learning curve, but he seems to have conquered most of it. He understands local priorities as including jobs, securing federal funds for river dredging (while being cognizant of the ecological impact), education (as the city has “20 failing schools”), and the protection of natural resources.

Is that enough? Or is the “Corrine Delivers” mantra going to carry her, yet again, to strong support among Duval Dems, perhaps strong enough for her to get the nomination again?

Thursday night’s debate at Jacksonville University will answer those questions to a considerable degree.

nextJeff Brandes: The future of transportation is 'right around the corner'