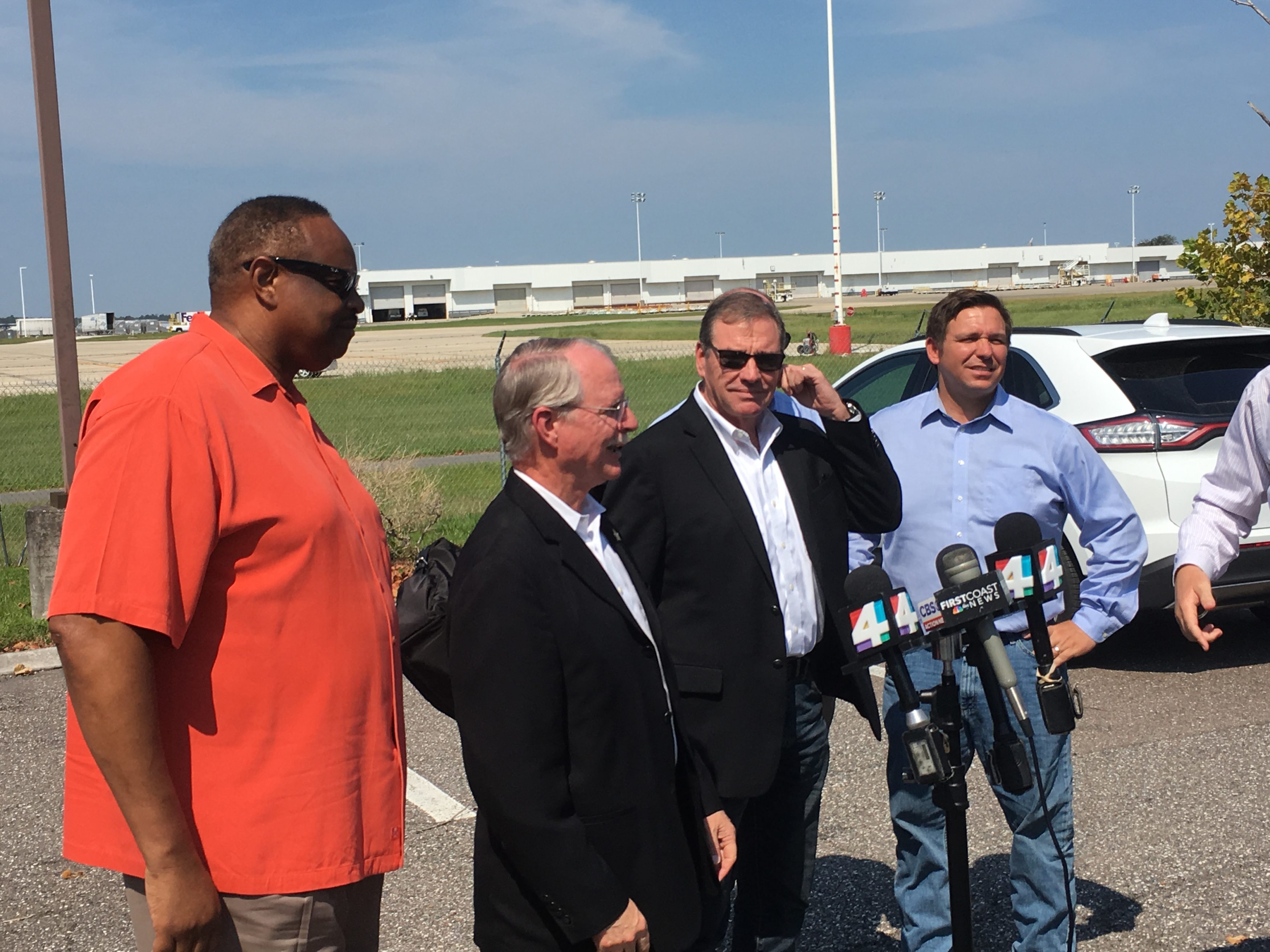 A corollary, equally important story: the Florida Delegation setting aside partisan concerns to meet the post-storm needs of the Sunshine State, while discussing the way forward.

In Jacksonville, Ryan saw the Duval Emergency Operations Center, then followed that up with a visit to Riverside’s Memorial Park — which suffered epic storm surge flooding during Irma.

Many members of the Florida Delegation were by Ryan’s side, as the Speaker’s trip was intended to underscore the case for federal resources.

And though the Speaker bypassed the waiting press on his way to a bigger market (Miami), Delegation members spoke at length about what the trip means — both in terms of a “bipartisan” commitment for action on this front, as well as resources to ameliorate current suffering and, perhaps, mitigate against some of the major crisis points that popped up during Irma.

Rep. John Rutherford, a first-term Jacksonville Republican, noted that local Councilwoman Lori Boyer — the most recent past Council President — educated the Delegation on the havoc Irma wrought in Jacksonville.

Rep. Al Lawson, a first-term Democrat whose district runs west from Jacksonville to Tallahassee, noted that he’d “been on the ground since last week” and had seen much of the damage and suffering that accompanied it.

“How can we get more resources down here as quickly as we can to make sure we can get people’s lives back in order,” Lawson said. “We had a lot of devastation here.”

“Our job and that of our colleagues is to make sure we take care of the people,” Lawson said.

Councilwoman Lori Boyer noted that Jacksonville had yet to get its roughly $27M in reimbursements from Hurricane Matthew yet … and she made that case to the delegation, Speaker Ryan, and House Appropriations Chair Rodney Frelinghuysen, saying that Jacksonville hadn’t “fully recovered or received resources” from that 2016 storm yet.

Boyer was confident her message got through, with the Delegation “working together … as a team, both from a regulatory standpoint and a resource standpoint going forward.”

Indeed, Rutherford said the money was “in process.”

“That money is already in process for Matthew,” Rutherford said. “In two or three weeks, they’ll have that money for Matthew.”

Rutherford also noted that Congress had passed a $15.25B Hurricane Harvey relief bill, in addition to a continuing resolution to help fund FEMA and disaster relief.

“Those funds are there, now. Available,” Rutherford said.

Rep. Yoho noted that it was “great to see the Speaker here, bringing the chair of the Appropriations Committee.

Yoho added that Floridians needed to see that “the funding was there, to bring Floridians back to a normal way of life.”

“This is not a Republican or Democratic issue,” Yoho said. “This is the spirit of America.”

Rep. DeSantis, a Republican who represents St. Johns, Flagler, and Volusia Counties, likewise spoke to the fuel for that return to normalcy: federal dollars, including backlogged reimbursements.

“One of the things we’ve been impressing on the federal government is these communities are having to spend a lot of resources on things like debris removal. They need to have that money reimbursed in a timely fashion,” DeSantis said.

“You still have a lot of localities that are waiting to be reimbursed for Matthew,” DeSantis added. “That’s a bureaucratic process that’s got to be improved. We’ve been talking to and engaging FEMA about that.”

DeSantis lauded President Donald Trump for making it “very easy” for the federal government to meet post-storm needs for Florida.

“He’s basically said ‘whatever you need, we’ll give it to you’,” DeSantis asserted.

Looking to the future, Rep. Soto noted that underground power lines are among the fixes that could help avert power outages going forward.

“We have to start looking at prevention and intervention,” Rutherford said, noting that electric companies “hardening the targets” is already in process.

“Florida responds very well,” Rutherford said, “but I think we can do better.”

And it seems like the Florida Delegation, uniting in response to a common crisis, may find a way forward, leveraging a bipartisan approach and a relationship with the White House that may not have been in place with the previous President.

“We have a responsibility to all the people in the state,” Rep. Lawson said, noting that “this is one of those issues where everybody is coming together.”

At least in this moment, politics — among the Florida Delegation — are held in abeyance to real human needs.

nextLobby Up: Disaster relief concerns get ready for Session