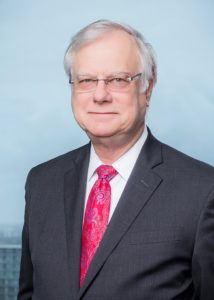 Florida’s Constitution Revision Commission (CRC) currently has before it a proposal called Marsy’s Law for Florida, which seeks to provide victims of crime and their families with constitutional protections equal to those afforded to the accused and convicted.

As a former judge, I support this measure.

Our justice system is one of the best there is, but admittedly, it is an imperfect one. During my years on the bench, I saw both the good and bad sides of the system. I have seen the imperfections firsthand. One of the most disheartening is the way in which victims are left with no clear, enforceable rights to protect them.

Marsy’s Law for Florida would bring equity to victims’ and criminals’ rights. Neither the victim nor the accused or convicted would have more or less rights than the other. If placed on the 2018 General Election ballot by the Constitution Revision Commission and passed by the voters, Marsy’s Law would ensure Florida victims and their families have certain rights and protections that are clearly spelled out in our state’s most powerful legal document.

In my mind, one of the most important protections Marsy’s Law would provide victims is the right to choose whether they will consent to a deposition by the defendant’s criminal defense attorney. Right now, defendants are entitled to extensive discovery rights by rule. They can receive and review all police reports, all witness statements including the victim’s, all exhibits, all expert reports and they are permitted to take sworn deposition testimony of anyone on the state’s witness list, which typically includes the victim.

Unfortunately, taking a victim’s deposition, or in some cases, multiple depositions, has become an intimidation and harassment tactic. Frequently, a State Attorney will make a plea offer with a reduced punishment if the defendant will agree not to take the deposition of the victim in order to shield the victim from additional trauma. Justice is not fully served in an effort to protect the victim.

Under Marsy’s Law for Florida, defendants would continue to have extensive discovery rights. They would still receive all police reports, all statements including the victim’s, all exhibits, all expert reports and the same deposition rights except the right to take the victim’s deposition. Victims would be able to choose to agree to a deposition and would make that decision in consultation with the State Attorney, but it would their choice and not a legal requirement.

We need a more enlightened approach to victim depositions and victims’ rights in general. Marsy’s Law for Florida is the path toward that enlightenment.

I earnestly hope other CRC commissioners will join them in their support of this important measure.

Frank Shepherd is a retired judge who served on the Florida Third District Court of Appeal until January 2017.

nextDemocrats struggle to fundraise against Dennis Ross for 2018