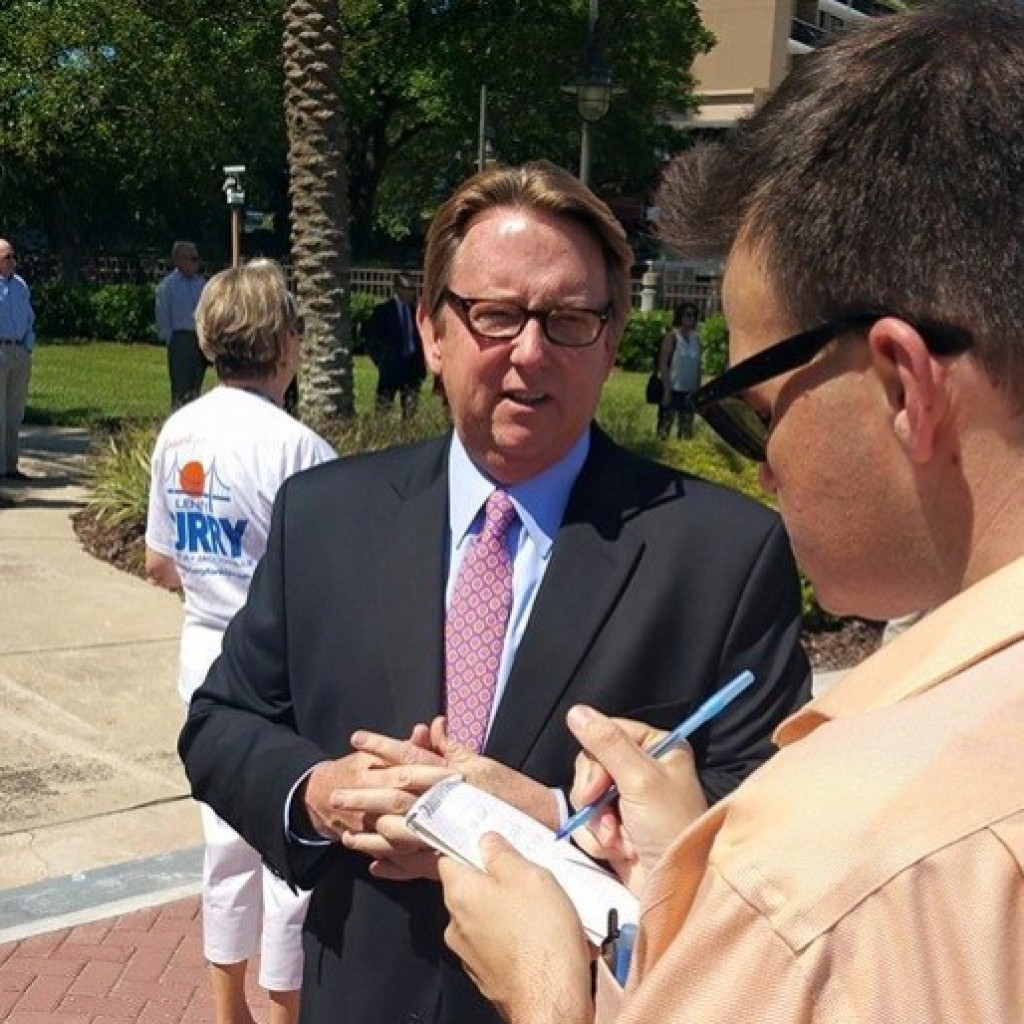 Since University of North Florida President John Delaney left the Jacksonville Mayor’s Office, speculation has swirled seemingly every political season about his next move.

The speculation only increased when he announced his decision to retire from the UNF Presidency, but even before that, he was on the short list of potential replacements for former Rep. Ander Crenshaw in Washington D.C. in 2016.

Delaney ruled out the run in Congressional District 4.

That cleared the way for Rep. John Rutherford.

However, with retirement from the university approaching next year, speculation as to what’s next has recurred, as a recent Jacksonville Daily Record article notes.

Citing a surfeit of “real leadership and lawmakers in positions of power,” Delaney discussed a potential next move, and it was driven by a concern about Jacksonville’s diminished clout in Tallahassee since the Jim King/John Thrasher eras.

“We have Paul Renner in the House now, and that’s great, but I’m looking at possibly the Senate,” he said.

This led the Daily Record writer to note that, in 2018, Delaney could face either Aaron Bean or Audrey Gibson — both functionally unopposed incumbents.

Delaney, who lives at the beaches, is in Bean’s district. But he told us Thursday afternoon that he wasn’t running again Bean.

“Aaron is a buddy,” Delaney said, “so that won’t happen.”

Delaney clarified his comments, transcribed from a speech this week.

“I said that in politics never say never. I don’t plan on running for anything statewide. Or in Washington,” Delaney said.

“So that sort of narrows things.”

With Washington and statewide office off the table, “that left something fun like Neptune Beach or Senate. But I am not running against any incumbent.”

Bean would be termed out in 2022 — could State Senate be an option then?

“No real plans in any event but you are right — 2022. That is forever away,” Delaney noted.