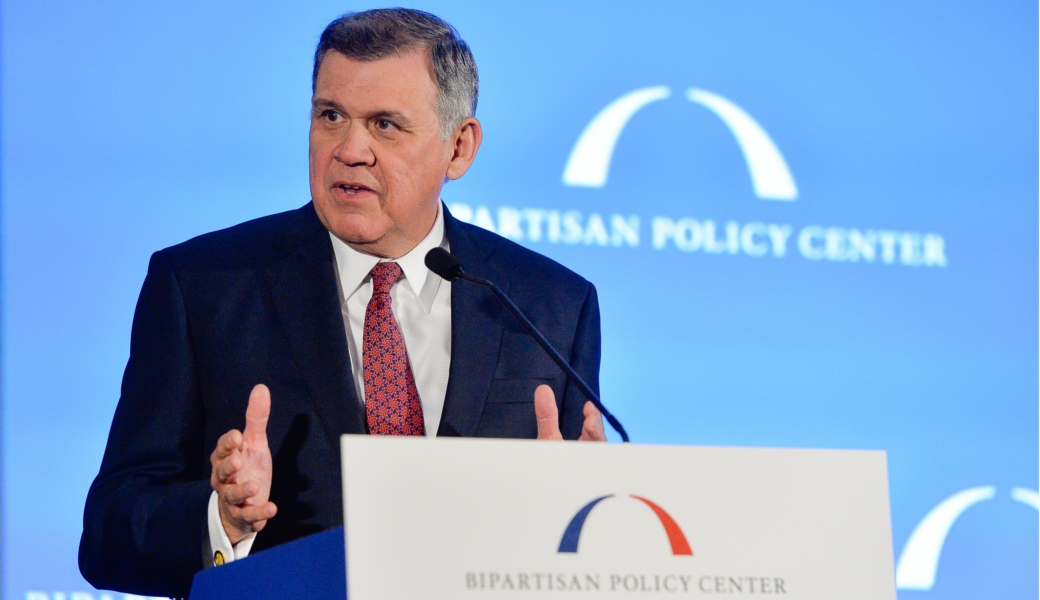 Former HUD secretary and U.S. Sen. Mel Martinez said the business community needs to play a much more active role if Florida is to confront and overcome challenges faced in the modern economy.

Martinez, now J.P. Morgan’s chairman of the Southeast U.S. and Latin America, spoke on the state of homelessness, employment, and wages during the Florida Chamber of Commerce’s Summit on Prosperity & Economic Opportunity, held Thursday in Orlando.

Echoing many of the speakers at the event, he identified affordable housing as the most pressing need in the Sunshine State, saying that Florida’s rapid growth will only make the situation worse unless we take action — and quickly.

“What has been happening for many years is only going to accelerate as a result of the recent changes in the tax law and the non-deductability of the income taxes they’re paying in other states,” Martinez said.

Martinez said his “heart breaks” for the Floridians who are homeless and those who are living in substandard housing, such as those who rent motel rooms on a night-to-night basis.

“In recent years, following the economic downturn, hurricanes Irma and Maria, we’ve seen an alarming increase in people experiencing homelessness due to the lack of affordable housing.”

The lack of affordable housing wasn’t the only challenge he said business leaders need to meet head-on.

Martinez said the shrinking middle-class and their shrinking wages aren’t the only ones in need of solutions. Low-income workers have seen their wages drop 9 percent since 2000, compared to 4 percent for middle-class workers.

“Households up and down the economic ladder have experienced tremendous income volatility, and that volatility is on the rise,” he said, citing stagnant wages for middle-class Americans and falling incomes for the working poor, who have seen their wages drop 9 percent since 2000.

Martinez also said the plight of young people entering the workforce also needs to be addressed. The ones that do find jobs can end up trapped in low-wage, low-skill positions, while the ones who don’t add to the ranks of a growing number of young adults who are neither working nor in school.

At the same time, Florida’s small business owners are having problems finding workers with the skills they need, he said.

“Government cannot solve these problems, certainly not on its own. We’ve tried that and it hasn’t worked. And we can’t just leave the burden to the not-for-profit sector. The business community has to play a much more active role.”

The former Senator later concluded that the state’s “societal challenges must be seen as business challenges, and business needs to leverage what it makes — what makes them successful — to help their communities thrive.”

J.P. Morgan hopes to lead the way solving these problems by embracing “corporate responsibility” which he said has become a “strategic imperative.”

The company’s actions include raising wages its lowest earners, such as bank tellers, to between $15 and $18 an hour — an average increase of 10 percent. The company also committed to spending $320 million a year on training and development for its employees so they can keep their skills sharp and be upwardly mobile.

On the Florida front, the company is making investments in solutions to the affordable housing crisis, including investment in the Florida Community Loan Fund to aid in the development of multifamily apartment complexes.