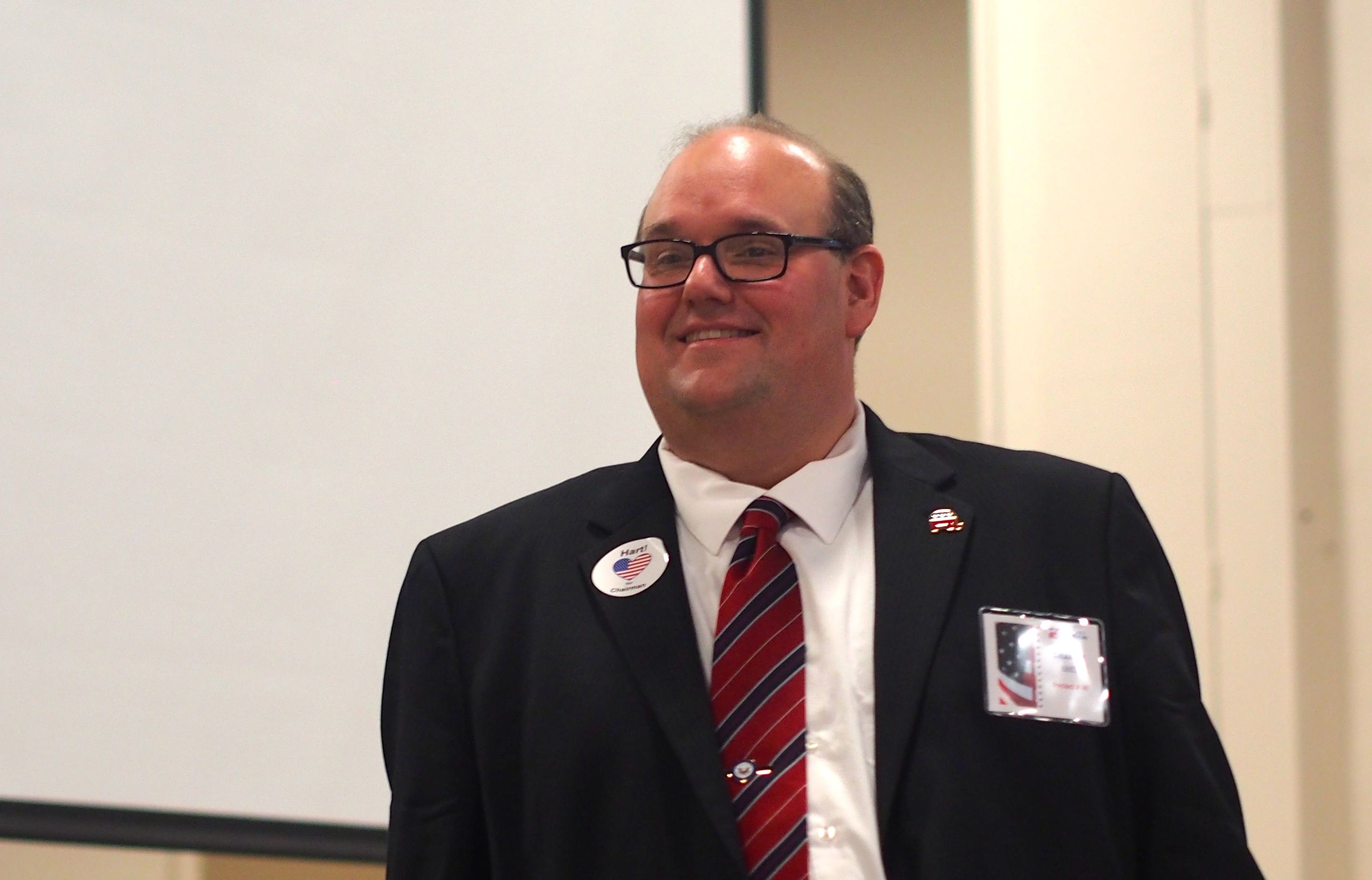 For the first time this century, the Orange County Republicans have a new leader, attorney Charles Hart, who was elected Monday night to serve the remaining six months of retiring Lew Oliver‘s term as head of the county party.

Hart, of Windermere, was elected by acclamation with no other nominees after also-departing Vice Chairman Chadwick Hardee withdrew, throwing his full support behind him.

Lou Marin is replacing Hardee after being elected Monday night in a landslide over Randy Ross.

Oliver chose to step down after 19 years leading the Orange County Republican Executive Committee. Earlier this month he announced he was leaving leave to focus more time and effort on his business.

“It has mostly been a joy,” Oliver said Monday night. “And it matters … Trust me; the committee has made a difference.”

While Oliver received universal praise for leading numerous election victories for candidates, charter amendments, and other matters supported by the Republican Party, he’s also overseen a period of steady decline in the party’s share of the Orange County voter base as demographics have shifted dramatically in Orlando. Today Democrats now outnumber Republicans by more than 100,000, and the party has a fraction of the precinct chairs compared to just a few years ago.

Hart has been involved in the Republican Party “since I was four years old” upset by President Jimmy Carter‘s handling of the Iran hostage crisis. “You guys have elected a true believer. I’ve always been a true believer,” he said.

He pledged to lead to victories this fall and prepare the party for a likely bigger transition in the official two-year elections taking place in December.

“We need to get out there and help all of our candidates because ultimately guys our success is completely predicated by candidates’ success and then also your success. I cannot be your leader, I cannot help you, I cannot do anything for you unless we win together,” Hart said. “I want to win.”

Hart had a moment of controversy last fall when he filed a lawsuit challenging Democrat Paul Chandler‘s qualification to be a candidate in the House District 44 special election.

The suit wasn’t so much about Chandler, who had little or no chance of winning, but had ramifications that could have reset the rules for the August Republican primary, possibly nullifying it. The suit never was heard. Chandler withdrew.

Bobby Olszewski won both the primary and the general election over the Democrats’ replacement candidate.

Olszewski, who was momentarily at risk of having his primary victory nullified, welcomed Hart’s election Monday night.

“I look forward to working with chairman Hart and the new OCREC board,” Olszewski said.

previousLast Call for 6.18.18 — A prime-time read of what's going down in Florida politics