Gov. Ron DeSantis wants a criminal investigation into the Florida Coalition Against Domestic Violence, the group in charge of government funding for domestic violence centers. The coalition has made a string of negative headlines, including the recent revelation that its former CEO received more than $5 million in paid time off. The Governor’s office has also directed the Department of Children and Families Secretary Chad Poppell to oversee domestic violence funding while the state seeks out a replacement for the coalition. Here’s your nightly rundown.

Half-staff. DeSantis ordered flags to fly half-staff Friday in respect for the victims of the shooting at Marjory Stoneman Douglas High School in Parkland in 2018. Senate President Bill Galvano held a moment of silence as Senators convened for the final floor session of the week: “We join victims’ families, survivors, communities and all of those who continue to mourn this devastating loss in our hearts today in the Florida Senate.”

Budget time. The Senate unanimously passed its proposed budget Thursday, folded into an amendment to the House budget, sending the Legislature to debate over key disparities in their $91 billion-plus spending plans.

‘Power grab.’ A plan to move the Office of Energy out of the Department of Agriculture and Consumer Services passed the full House, despite strong opposition from Agriculture Commissioner Nikki Fried and Democratic lawmakers.

iBudget overhaul. The House is backing down from a redesign of a Medicaid program that provides in-home services to people with developmental disabilities.

Cap comeback? The concept of a 10% THC cap on medical cannabis has been floated without success in Tallahassee, but the House Speaker would like to revisit the proposal.

Safety surveys. Following tragedies at All Children’s and St. Mary’s, support for a bill that would require hospitals to survey their staff on patient safety is growing in both the House and Senate.

Fee multipliers. A House bill that would nix “fee multipliers” for plaintiffs’ attorneys in property insurance cases moved through the Commerce Committee with a 16-7 vote.

Drones zoom. One bill allowing the use of drones to fight wildfires, and another authorizing greater use of the tech in law enforcement flew through the House State Affairs Committee.

E-Cig rules. A bill that would classify vape devices as tobacco products cleared the Senate Finance and Tax Committee with a unanimous vote, despite industry objections.

EVs get greenlight. A Senate panel moved forward with legislation that would set up a state study on the development of new electric vehicle charging stations.

Finning ban. A shark finning ban sponsored by Rep. Kristin Jacobs, who is battling cancer, passed its final committee in the House, but the debate remains hot over how Florida might protect legal shark fishers from losing big parts of their business.

“I think the insurance market in many ways, it has the coronavirus and is not healthy at all. As we’ve seen, a variety of companies go under in 2019 largely because of roof claims or other lawsuits. We’re seeing a rapid increase in the amount of litigation going on. And understand we had no storms in 2019. We’ve also seen insurers file for a number of rate increases. We’ve had rate increases between 22% and 40% or 45% have been filed and have had rate hearings in the last few weeks. So, I think it’s important to notice that the market is not healthy at all, and it is struggling to find its footing in this space.” — Sen. Jeff Brandes, on the state of Florida’s insurance market.

Your Metz Husband Daughton-sponsored question of the day is: How many votes are required to limit debate on the Senate floor?

As always, click here to tweet your answer to @MHDFirm. The first person with the correct answer will get a shoutout in Monday’s 60 Days!

Last time, we asked: What Florida-based team co-founded the World Hockey Association with 11 other teams in 1971?

Answer: The Miami Screaming Eagles. They never played, however, because they did not have a suitable arena.

Congrats to Jeremy Smith (@bcomingsuperman), who was the first to tweet the correct answer!

New legislation up for consideration this year changes the mindset behind state technology to something geared for constant updates and innovation. It’s an issue that Kaleo Partners deals with a variety of levels. We spoke to founder-partners Glenn Kirkland and Jon Menendez and recently hired principal Heath Beach, Florida’s former Deputy Chief Information Office, about the continued evolution of state government IT.

Florida Politics: What are the most important changes that will come about from this legislation?

Heath Beach: One of the key facets of the legislation is being able to do data sharing. In order to actually solve big social problems the state is facing today, it’s absolutely paramount. One of the most important and interesting aspects of this bill is setting up enterprise architecture. Data sharing starts from that. The legislation puts a focus on technology. Moving away from being a cost of business to an investment in business. Nobody in the past really looked at it that way, but it’s a necessary part of doing business. It’s exciting to me to see it coming to fruition.

Jon Menendez: Florida has a history of challenges associated with establishing (and keeping) central IT departments. Last year the former Agency for State Technology (AST) was dismantled and rolled into DMS creating the Division of State Technology (DST). At present, HB 1391 evolves DST into the Department of Florida Digital Services. We view this as a positive evolution and a step forward. We have seen similar evolutions in the past, but feel HB 1391 is different because of the collaborative leadership and prioritization we are seeing from the Governor and Legislature.

FP: How will this impact various government agencies as they conduct upgrades and interact with one another?

Menendez: HB 1391 demonstrates the importance of facilitating the ability for agencies to continue modernizing applications in order to deliver essential services while acknowledging the need for continued prioritization of enterprise innovation that propel Florida forward.

FP: How will all of these changes impact those businesses and individuals interfacing with the state? What’s important for people to know about this process?

Glenn Kirkland: At Kaleo, we have all experienced first hand the past challenges Florida has had in establishing and maintaining a centralized enterprise approach to technology – whether in the context of previous roles in government or our present private sector position. In our experience, in Florida and beyond, real transformative change in technology is facilitated by executive leadership, especially when you are already starting from behind in many aspects. The Governor has to both understand and care about the importance of the role technology plays in driving efficiency and delivering outcomes. That is precisely what we are seeing from Gov. DeSantis and the Legislature. The focus has shifted from not doing technology for the sake of technology, but rather to solve real problems for real people. 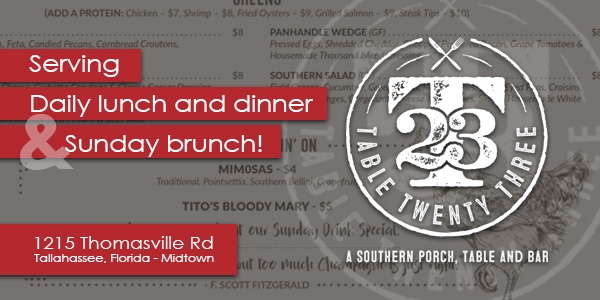 Until recently, Motorola Solutions was within arms’ reach of closing on a near-$700 million contract with the Department of Management Services to develop Florida’s next-gen Statewide Law Enforcement Radio System.

Shortly before the new year, however, the deal fell through. It’s hard to pin the blame on Motorola for bungling the contract, which has languished for years due to legal challenges filed by L3Harris, a bitter competitor who built out the current SLERS system.

Motorola was apprehensive about a “termination for convenience” clause included in the fine print, which essentially allowed the state to walk out on the contract at any time and for any reason. Accepting the unfavorable terms was a prerequisite to progressing the deal, and that will remain the case barring legislative intervention.

During the first half of the Legislative Session, Motorola’s only advocate in the Capitol was Ken Granger of Capital City Consulting, a formidable executive branch lobbyist. But they didn’t have boots on the ground backing them up in the Legislature.

While Motorola is late to the table, a SLERS upgrade is in dire need. Enough so that it’s still possible for the House and Senate to get the necessary language in the budget allowing for a fairer deal.

The Florida Department of Economic Opportunity will hold two workshops to inform the development of a state action plan for Hurricane Michael recovery funds. The first will be at 9 a.m. Central Time at Gulf Coast State College in Panama City. The second will be at 3 p.m. Eastern Time at Kelly Campbell Community Center in Quincy.