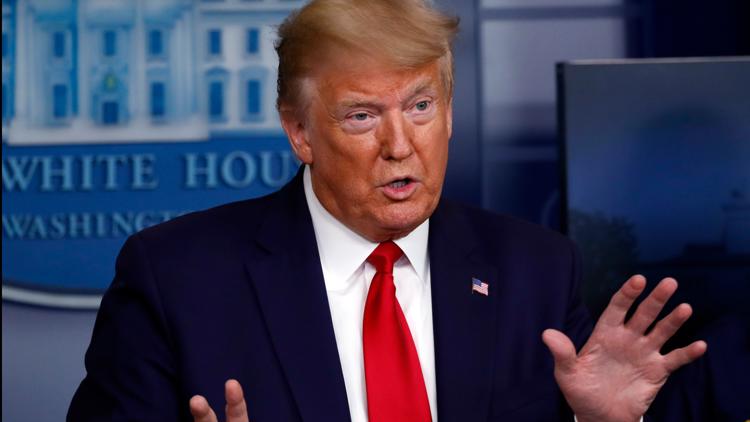 President Donald Trump revealed his guidelines Thursday for three phases of reopening the country as states look to put the peak of the coronavirus pandemic in the past.

The “gradual process,” dubbed Opening Up America Again, follows no exact timeline, but makes clear that the return to normalcy will be a longer process than Trump initially envisioned.

The guidance largely reinforces the plans already under development by governors and asks them to consider localizing the criteria based on where outbreaks have occurred, such as in metropolitan areas.

“You’re going to call your own shots,” Trump told the governors Thursday afternoon in a conference call, according to an audio recording obtained by The Associated Press. “We’re going to be standing alongside of you.”

Drs. Deborah Birx and Anthony Fauci said the precautions would be the new normal, but Trump continued suggesting the turnaround would be relatively quick.

Some of the federal guidelines, including social distancing, staying home from work or school when feeling sick and continuing to practice good hygiene, will continue through all phases. But before beginning the phased opening, states or regions should meet the following criteria:

States meeting those criteria can enter Phase One of the social distancing downscaling. There, people should practice social distancing in public and avoid gatherings larger than 10 people, but venues like movie theaters could reopen if distancing precautions are in place. Additionally, nonessential travel is discouraged and telework, including accommodations for people in at-risk demographics, is encouraged.

After passing the original criteria a second time with no signs of a rebound, states and regions can begin Phase Two. There, the restrictions on public gatherings would raise to 50 people and nonessential travel could resume. Schools, youth activities, visitation at medical facilities and bars could reopen if distancing precautions are in place.

After passing the criteria a third time with no sign of a rebound, states or regions would enter Phase Three. All people, including vulnerable populations, could interact in public again, and all workplaces could open again, but with social distancing measures.

Gov. Ron DeSantis‘ task force on reopening Florida will meet for the first time Friday and should return their findings and recommendations on different segments of the economy and society in three to five days.

“I think that we’re going to be able to come up with a thoughtful approach that will allow folks to get back to work and hopefully mitigate some of the economic damage that has been done,” he said.

Based on the federal guidelines to green-light the phasing in of society, Florida appears on the cusp of meeting the downward trends of symptoms and cases requirements, which seemed to peak nearly two weeks ago.