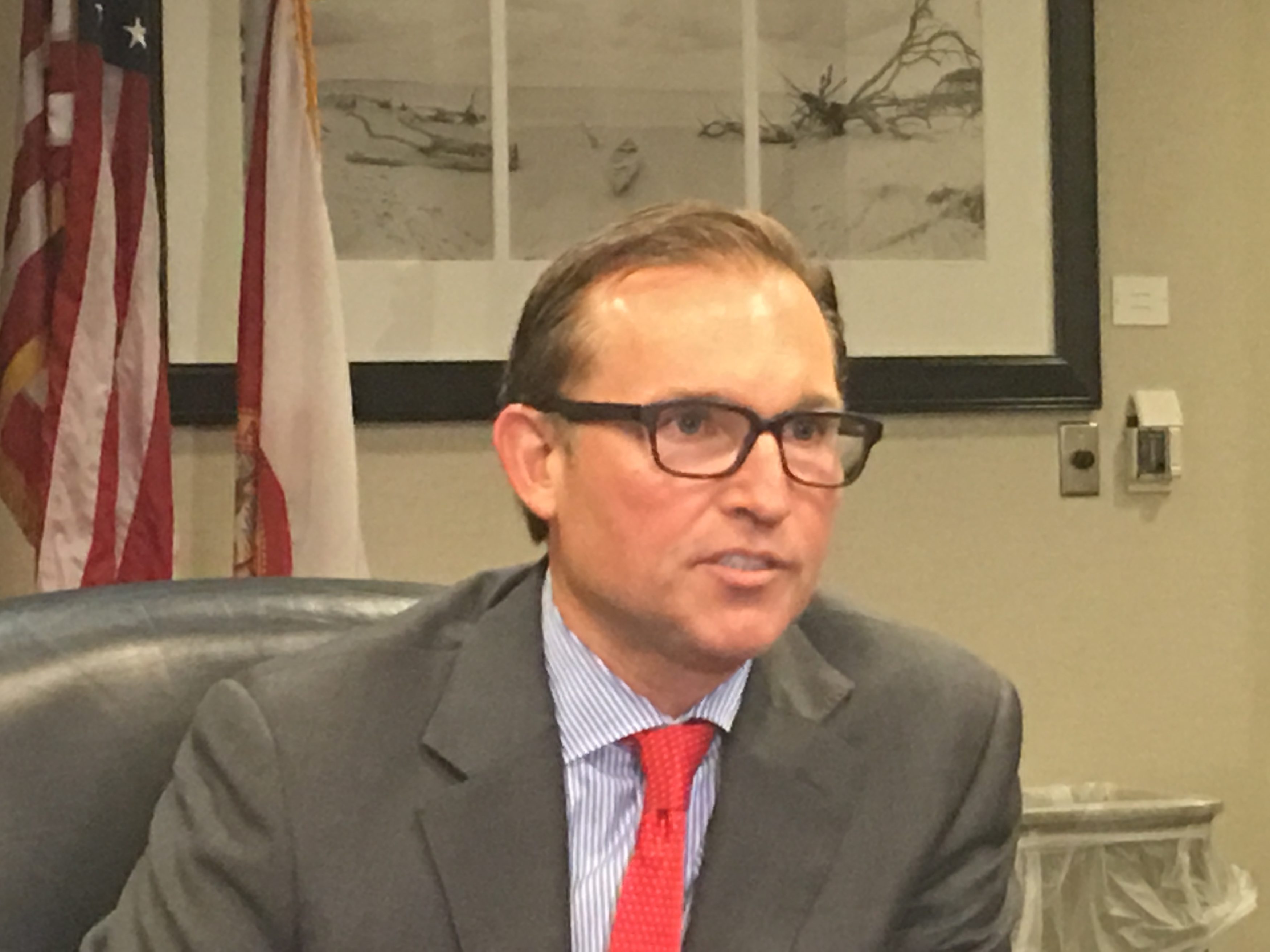 Jacksonville Mayor Lenny Curry unveiled on Tuesday a list of civic leaders who will help him figure out next steps in reopening the economy.

The names represent a cross-section of the local political establishment.

“We will talk weekly,” Curry said. “The heads of the independent agencies and Duval County schools are part of this group.”

Curry, who has said Jacksonville has “flattened the curve,” has seen his city extolled as an example of strong crisis performance on the federal and state level in recent days.

Curry got a shoutout this week from the President’s coronavirus task force, whose Dr. Deborah Birx did not take the bait from a loaded question about the wisdom of opening the beaches, saying that Jacksonville had just “20 cases a day.”

He’s also been lauded by Gov. Ron DeSantis, who seems to be communicating with the Mayor regularly, a contrast to Democratic mayors of other major cities.

Curry will be on the statewide task force, he confirmed.

“It will give us some insight into best practices,” Curry said regarding his own participation,

And as America opens up again, it is clear that Curry (a rare Republican Mayor of a big city) is happy to see his city provide a model, even for cities that are dealing with more of an outbreak than Northeast Florida has thus far.

Though 901 have tested positive and 16 in Duval County have died, the relative lack of infection and casualties have vindicated the city’s approach, which generally tracked with state and federal guidance, while avoiding curfews and similarly aggressive enforcement.

Curry noted federal guidelines to reopening via a “three phase” approach, and noted that Birx saw Jacksonville as “an example of an area that is flattening the curve.”

The Mayor cited a 14-day “downward trajectory” of COVID-like symptoms and COVID-19 cases, with expanded testing and other criteria.

“We’re already meeting many of these milestones,” Curry said, noting the 5.1% positive incidence rate as a prerequisite for looking for “ways to get back to work.”

Local and state “stay at home” orders are still in play, Curry noted, and “best practices” are essential “to move forward.”

“Bed tax, sales tax, our CFO has run projections,” Curry said. “This economic crisis that we’re in right now … the question is how quickly do we rebound?”

The CFO will provide specific numbers, Curry said, at a future briefing.

In terms of tax collections in March, Curry didn’t have specifics, but did note the numbers are down, which will affect “everything,” even the city’s massive pension liability.

“The recovey will have some sense of volatility,” Curry said, noting that this is a “widespread” recession, one that will make the recovery process difficult to predict.

“Plan as if economic pain is going to last for a while,” Curry noted.