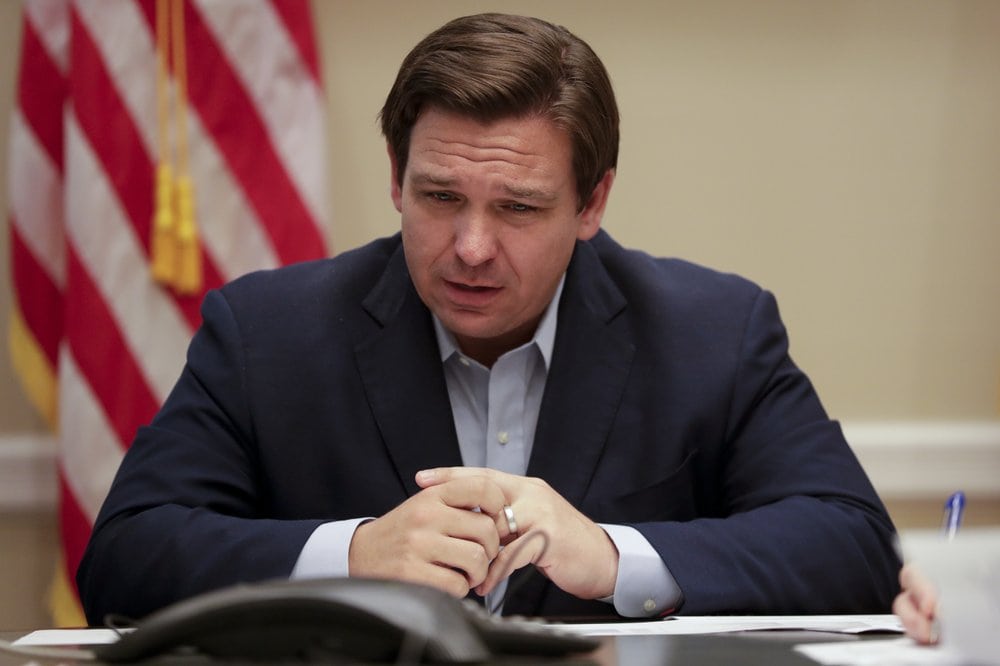 The Governor outlined the first of three phases with more to come.

Gov. Ron DeSantis plotted the course for Florida’s economic recovery amid the COVID-19 pandemic, outlining Wednesday the first phase of his plan to reopen the state beginning Monday.

Retail stores and dine-in restaurants can operate at 25% capacity, under his order.

The plan, dubbed “Safe. Smart. Step-by-Step.,” will allow the entire state, minus Miami-Dade, Broward and Palm Beach counties, to start the first steps toward reopening society.

Despite criticizing the distinction between essential and nonessential services as “illusory” last week, DeSantis’ plan extends that language from his initial stay-at-home order.

Schools will remain in distance learning in phase one, visitation at long-term care facilities is still banned, and bars, gyms and personal services such as hairdressers will remain closed. If he sees guidance from the federal officials or successful state plans on how gyms could reopen, DeSantis said he would consider reversing the gym closure.

The Governor’s plan deviates from the federal framework by allowing elective surgeries to resume and keeping movie theaters closed.

“Prudence dictates we go slow on that,” he said.

Restaurants could open but with outdoor seating and only 25% indoor capacity rather than the 50% capacity recommended by the White House.

“This was something where we really wanted to get it right,” he said.

The Governor still recommends vulnerable individuals avoid close contact with people in public and that everyone maintains social distancing. And he still recommends avoiding groups of 10 or more in social settings and wearing face masks in face-to-face interactions.

He continued to push back against old predictions that the state could see hundreds of thousands of hospitalizations during the pandemic.

“Saying Florida was going to be like New York was wrong, and people need to know it was wrong,” he said.

And when asked about allowing people to get haircuts, he took aim at the talking heads on TV, in particular those who he said “don’t want anyone to go back to work.

Florida’s enemy, he added, is fear, and the facts should comfort fears that have kept people home.

“The only thing we have to fear is letting fear overwhelm our sense of purpose and determination,” he said.

Hospital space, declining cough-related cases and cases with influenza-like symptoms, and fewer new COVID-19 cases, particularly as a percent of new people tested, show the state is prepared to begin phase one, he said. The White House outlined those criteria in its Opening Up America Again template, and federal officials agree that Florida is ready.

The Governor noted the lives lost during the pandemic and became emotional when mentioning that his newborn daughter has been unable to meet her grandparents or anyone in their extended family because of the precautions people have taken to keep vulnerable populations safe.

He has contrasted his “measured” approach against the “draconian orders” issued by other Governors.

“People have rights. The government needs to protect health,” he said, but it shouldn’t take steps that violate those rights.

He has vowed to continue testing in nursing homes, a process currently handled by National Guard strike teams. The Division of Emergency Management has sent 7 million masks and other supplies to those facilities.

The state is maintaining existing drive-thru and walk-in testing facilities, mostly in the state’s major population centers, but more are planned for the future. Escambia, Lee and other counties will be getting drive-thru sites while Collier County and others will get walk-in sites, which he said the state pioneered.

Expanding testing access to underserved communities and people who were previously ineligible will also help track the virus and facilitate more contact tracing. People without symptoms and of any age will be able to get tested going forward.

Starting next week, the state will be able to test 30,000 to 40,000 people per day, not that the demand will exist. And while the number of positive cases may go up, coinciding with the expanded testing apparatus, he urged that media outlets not report that as a spike.

With assistance from the White House, the state has secured a mobile testing van with 45-minute testing capacity that can be deployed to long-term care facilities and hospitals.

As the state looks to enter phase two, it will continue to monitor the criteria outlined by the White House. There will not be a set date to reopen, DeSantis said, though he considered implementing the reopening that way.

“My hope would be, each phase, we’re thinking about weeks, we’re not thinking about months,” he said. “We’re making progress. We need to continue to put people back to work in a safe, smart and a step-by-step way, but it’s going to be data-driven.”

According to a report Wednesday from the Department of Health (DOH), 33,193 people have tested positive in Florida, including 875 non-residents, and 1,218 residents have died.

“We have lost Floridians, which is never an easy thing, but it’s been made all the more difficult by the fact that due to visitor restrictions at hospitals, they were not even able to say goodbye to their loved ones,” DeSantis said.

Earlier Wednesday, the Governor released three TV news clips from his media tour that began this weekend, culminating in a visit to the Oval Office Tuesday.

In Washington, DeSantis fielded questions from the national press alongside President Donald Trump before teasing the reopening plan.

The “next step is going to be done thoughtfully, in a measured way … I do think there’s a path to do that,” DeSantis said.

“It isn’t going to happen overnight,” he added, but it will happen.

The Trump administration has trumpeted Florida as a success story of how to flatten the curve while following White House guidelines. Dr. Deborah Birx, head of the federal coronavirus task force, has praised the DOH’s COVID-19 interactive dashboard for providing details down to the ZIP code.

But Democrats will almost certainly denounce the Governor’s plan. Ahead of the first meeting of his task force last week, Democrats were already bashing the lack of doctors and front-line workers on the executive committee. John Couris, President and CEO of Tampa General Hospital, is the only professional from the health care industry on that panel, which DeSantis said would emphasize public health and data.

During those meetings, small businesses made their case for a swift reopening with clear guidelines. And hospitals asked the Governor to end the ban on elective surgeries, which he has indicated he will let lapse next week.

The Governor will have later updates on the details of phase two, including services like state parks.