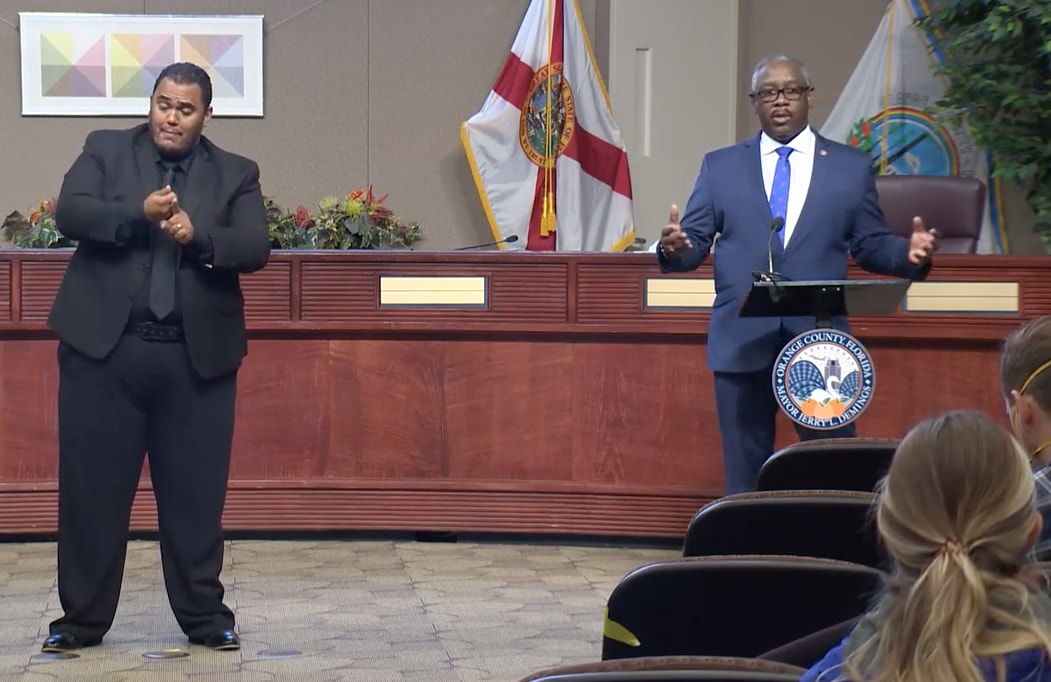 Mayor expects to be in sync with Ron DeSantis' statewide plan to reopen business Monday.

Orange County Mayor Jerry Demings, who is awaiting his own task force’s reports on what to do about local stay-at-home orders, the coronavirus crisis, and the economy, on Thursday called Gov. Ron DeSantis‘s plan “very sensible” and expects Orange County would follow it.

Demings cautioned that he sees “a bit of ambiguity” in the phase one of reopening Florida’s economy in DeSantis’  “Safe. Smart. Step-by-Step.” plan. Yet Demings also said he was encouraged that there does not appear to be a preemption of local orders, such as the ones he has issued shutting down much of Orange County’s economy independently of DeSantis’ doing so with the state.

That leaves Demings and other county leaders deliberating whether their orders and plans are consistent with DeSantis and if not what they ought to do about it.

In Demings case, he said he wants his Orange County Economic Recovery Task Force to continue its series of planning meetings Thursday and Friday and to deliver its recommendations to him as soon as possible. But in lieu of any recommendations that group might make that say otherwise, Deming indicated he sees no reasons that Orange County would not seek to stay in sync with DeSantis’ plans.

That means he expects Orange County’s restaurants can begin returning to on-premises dining, and closed retail stores can reopen, starting Monday, provided they maintain a maximum of 25% normal capacity, while other businesses might have to wait for further notice.

Demings cautioned that he does not want to overly direct or presuppose what his task force might conclude. So he spoke with a bit of ambiguity of his own Thursday. But his overall theme was one of support for DeSantis’ plans, as stated in the two executive orders the Governor signed late Wednesday.

“The Governor’s plan known as phase one, while in many instances it has a happy balance there between the health and safety of Floridians versus the economic well-being of Floridians, I see it as something that for the most part is very sensible,” Demings said. “But it does have a bit of ambiguity and will require clarification in coming days.”

Demings issued a stay-at-home order that went into effect March 26. It allowed people in Orange County to shop for food, medicines and other essentials, or to work at jobs for essential businesses that cannot be done from home. Nonessential retail and commercial businesses were ordered closed.

Demings also issued an overnight curfew in Orange County on March 20. On Thursday he said he saw no reason to lift that any time soon.

In addition to saying he still awaits his task force’s recommendations, Demings said he also wants to have more discussions with the leaders of surrounding counties, Seminole, Osceola and Lake, to see if a regional strategy can be coordinated to reopen the Central Florida economy.

If there is a return wave of COVID-19 infections, the reopening could stop or be reversed, Demings cautioned,.

‘If the data certain changes by this reopening and we see the numbers spike, well what’s going to happen? We’re going to continue to hold things in place or even ratchet it back down,” he said. “If for a sustained period of time, perhaps a two-plus week period of time, those numbers continue to decline, then it would be reasonable to say the actions put in place did not exacerbate the problem.”