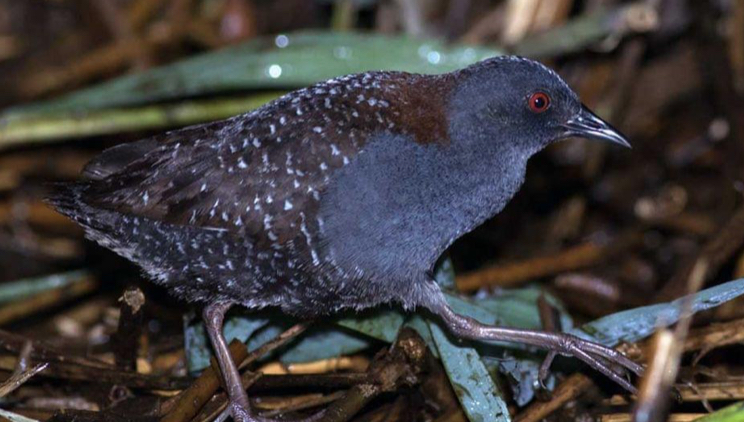 The state of Florida has added one of the most elusive wetland birds to its endangered and threatened species.

Florida Fish and Wildlife Conservation Commissioners met Thursday and Friday online, adopting the eastern black rail bird to the list, in order to be consistent with federal protections. It is the size of a sparrow, found in marshy areas, and is described by Audubon as “extremely secretive.”

Rarely seen or heard, the black rail’s habitat is disappearing rapidly as climate change and development continue to destroy wetlands.

Some of the birds’ preferred habitat has been converted to homes and golf course communities.

“They stay to the dense overhead vegetation and are like mice in the marsh moving through runnels and very reluctant to fly,” Bryan Watts, director of the College of William and Mary’s Center for Conservation Biology told The News-Press of Fort Myers.

The birds were first logged in the science community in the mid-1700s after being discovered in the Caribbean.

The News-Press quoted James Beever, a former state biologist who observed the birds in the wild as saying, “This is a good thing. They should also designate critical habitat areas for it.”

Beever was not at the meeting.

“One of four subspecies of black rail, the eastern black rail is broadly distributed, living in salt and freshwater marshes in portions of the United States, Central America, and South America,” says a U.S. Fish and Wildlife report on the black rail. “Partially migratory, the eastern subspecies winters in the southern part of its breeding range.”

Not a lot else is known about these birds, although scientists have documented that it migrates within its home range.

Historically, black rails bred from the Caribbean north to the Atlantic Coast.

nextWinner and Loser of the Week in Florida politics — 2.28.21