The NCAA on Monday said they might reconsider holding championship events in states that ban transgender women from competing in sports. The warning shot comes a day before the House is scheduled to take up a controversial bill (HB 1475) that would do just that. Under the bill, sponsored by Rep. Kaylee Tuck, transgender student-athletes would be required to compete on teams aligned with their biological sex. History indicates the NCAA isn’t bluffing. In 2017, the organization banned North Carolina from holding championship events in response to the state’s transgender bathroom bill. The ban cost the state an estimated $3.76 billion. Here’s your nightly rundown.

Mum’s the word. Gov. Ron DeSantis has nothing to say about his scandal-plagued friend, U.S. Rep. Matt Gaetz.

It’s not over yet. Rep. Sam Garrison is the current favorite to be House Speaker in 2026, but a couple of other first-term lawmakers are still putting up a fight.

Meet your finalists. Rep. Scott Plakon and Gabriella Passidomo, the daughter of Sen. Kathleen Passidomo, are among four finalists for an open seat on the Public Service Commission.

Troubling trend. A new report from the state’s Office of Insurance Regulation found Florida accounted for over 76% of all homeowners’ litigation in the United States in 2019.

Ready to launch? There’s speculation Sen. Shevrin Jones may run for an open seat in Congress, and a new website registration is adding fuel to the rumors.

In loving memory. A mountain biking trail in Lake Kissimmee State Park has been dedicated to the late Rep. Kristin Jacobs.

“I don’t have anything to say.” — Gov. Ron DeSantis, when asked about U.S. Rep. Matt Gaetz.

Your Metz Husband Daughton-sponsored question of the day is: Bayshore Boulevard in this city is the longest continuous sidewalk in the world.

Last time, we asked: Florida man attacked by what woodland creature after taking a selfie with it.

Congrats to Rusty Rollings (@rufkutdiamnd), the first person to tweet the correct answer! 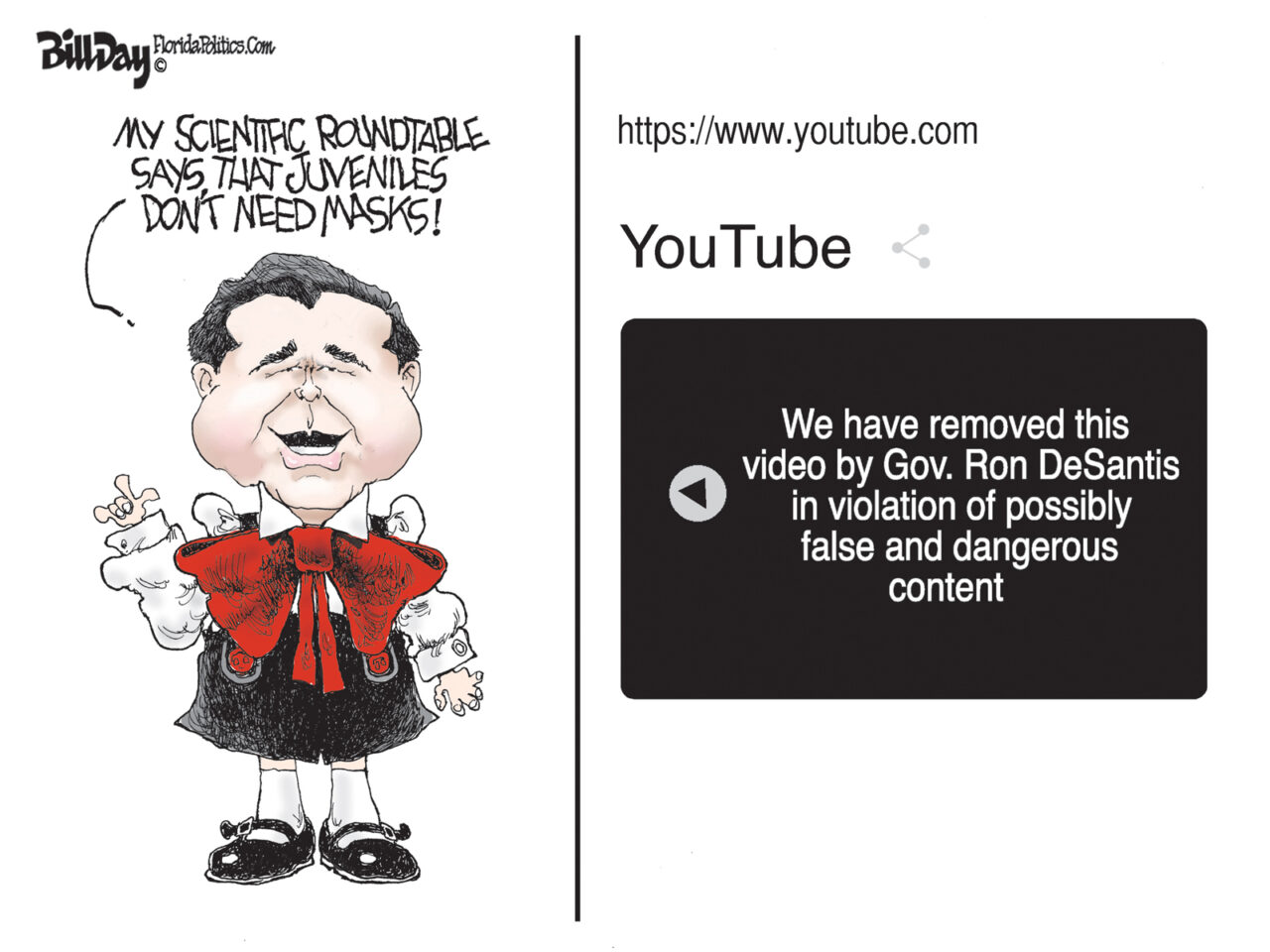 Leaks in the Piney Point reservoir burst into this year’s Session, hijacking $200 million of coronavirus relief funding and worrying the state’s legislators, especially those in districts near the Manatee County site. Sen. Janet Cruz visited the site last week. We caught up with the Tampa native about the Piney Point visit, plus a health care bill years in the making.

Florida Politics: You visited Piney Point in person last Tuesday; what was that like?

Cruz: If you see the breach, and you see these gypsum stacks or reservoirs — I felt like I was looking at a corner of Lake Tahoe. These are gigantic stacks. We took a regular car there, and we had to get out and get into a four-wheel-drive truck, because you go up a hill to get to the peak of these reservoirs. So, they’re gigantic, and I was a little heartbroken when I saw them at first because I thought, what are we doing here? I’m looking around at all these pools, and I think, shouldn’t someone be responsible for returning the land to the way that you found it? And I know there’s a system, and I have to dig in and understand more about this, but this has been there for at least since 2003 and maybe longer. But it’s very sad to see that we couldn’t figure out a way to fill this in and make this land available for parks, redevelopment of some sort. It’s just a wasteland to me. That’s what I felt like I was seeing. We have to deal with these reservoirs, of which there are many, and they are the size of big lakes. It’s overwhelming to stand at the ledge of one of these and see how much soil and land has been excavated. If you look at aerial views, and you see where the runoff is going now, or where it was going, it’s right into Tampa Bay.

Florida Politics: Were you worried about your district when you first heard about the leak?

Cruz: I was scared. You know, initially, I heard that there was radioactivity and there was lots of mention about the dangers of all of that. And so I wasn’t sure if we would end up with a Tampa Bay that glowed at night. I still think that we’ll have algae blooms. I think that the grasses that manatees feed off of that will probably die off too. I worry about that. We’ll have algae blooms. It will kill the grasses. It will kill the manatees. We were talking (Wednesday) about putting manatees back on the endangered species list, because we’re losing them at record numbers. We haven’t really been able to explain exactly why. They’re starving because the grasses are dying. Feeding them is not the answer, because then they become dependent. So, we have to figure out what’s going on in our ecosystem, and this doesn’t help. This is quite worrisome.

Florida Politics: Talk about the $200 million that is budgeted to clean up Piney Point.

Cruz: This is privately owned property. It’s owned by a company who purchased this, and then basically has walked away from it and is claiming that they’re insolvent. We question that as to whether they really are, but that’s the narrative that they’re putting out, is that they don’t have the money. In the meantime, we can’t wait for a lawsuit for their dollars to come to fix this mess. So, we as a state are going to step in. It will be at the expense of the taxpayer, because this is the American Rescue money that the Biden administration has sent down to the states. So, we can thank the Biden administration for this money that they’re sending down. If they hadn’t sent this down, I’m not quite sure as a state what we would do given our budget and the expenses of the COVID pandemic. But now we’ll take $200 million, and we will use that to repair and patch the leak, but that doesn’t take care of everything that’s there. We have to deal with these reservoirs.

Florida Politics: You have a bill (SB 786) that would cap the price of insulin for people who need that drug to live. Can you talk about that?

Cruz: Insulin is a drug that’s been around for 100 years. It should be as cheap as antibiotics that Publix gives away. Insulin is a drug that people must have to live on. The scientist that patented insulin patented it for $1, because he wanted everyone that needed insulin to have it. But unfortunately, in the last 10 years, we see price gouging. Manufacturers have figured out a way to raise this cost. And the real issue is this; if you’re on Medicaid, you’re typically covered because Medicaid — which is mostly children and some adults — you’re covered for your cost of insulin. But those working folks that are uninsured or underinsured are the ones that can’t afford the insulin. The cost of insulin in the last 10 years has tripled. In the last 30 years, it’s gone up 1,200%. I was talking to a woman who is a Realtor. Her husband is paying $2,000 a month for his insulin because she is a small-business owner. And she’s lucky. They can afford it. But other people that can’t afford it, they’ll go without their insulin, or they’ll ration their insulin. And they end up in the emergency room in what we call a diabetic coma, which is ketoacidosis. And it happens every single night, several times a night. The emergency physician who heads up the emergency room at Tampa General, he will tell you just how prevalent this is because people cannot afford their insulin. So, my bill is simple. It just says, we’re going to cap the cost of insulin at $100 a month regardless of the amount of insulin you need. The purpose of this is to let big business duke this out. Let them fight about this. Let the insurance companies and the drug manufacturers fight over what they’re willing to pay, and take the poor patient who has no option here, out of this equation. It is unfair that a drug that is 100 years old is unaffordable to Floridians and everyone across the country. There are several states that have passed this already, and it’s working well.

Florida Politics: Is it going to pass here?

Cruz: Now in the House, they’re doing a workshop on insulin costs and caps. So, they’re paying attention. We have to try to work this out. This is not going away, and Florida must act. There are probably 6000 people a year that die from underdosing their insulin every year in the state of Florida. So, we have to address this. I mean, these are folks that they just don’t have a choice.

Florida Politics: If this isn’t the year that it passes, do you think next year?

Cruz: Maybe next year. I want to do some roundtables of my own with the pharmaceutical companies and the insurers to see how we can come together on this. We have to we have to change this equation. This is just wrong. 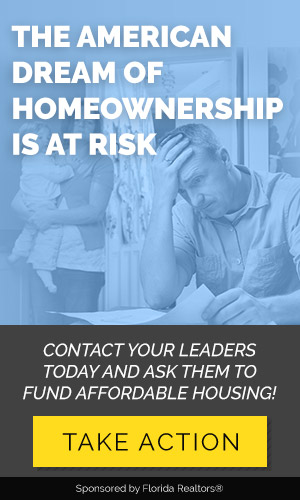 It wouldn’t be Session without a second-half push for gaming legislation.

This year’s gaming bills debuted today in the Senate Regulated Industries Committee. The first piece of the effort (SPB 7076/7078) would set up a state Gaming Control Commission within the Attorney General’s Office.

The bills don’t address sports betting, and Senate President Wilton Simpson has said the legislation is tailored not to impact the ongoing negotiations with the Seminole Tribe of Florida.

Still, many parimutuels have a stake in the bills, especially those impacted by the 2018 constitutional amendment banning greyhound racing. Each has a team of lobbyists in the Capitol.

The former has Michael Cantens of Flagler Strategies and Tim Meenan and Karl Rasmussen of Meenan PA on its side, while the latter has Joanna Bonfanti, Kevin Cleary, Ronald Brise, Julie Fess, Sha’Ron James and Larry Williams of Gunster Yoakley & Stewart. 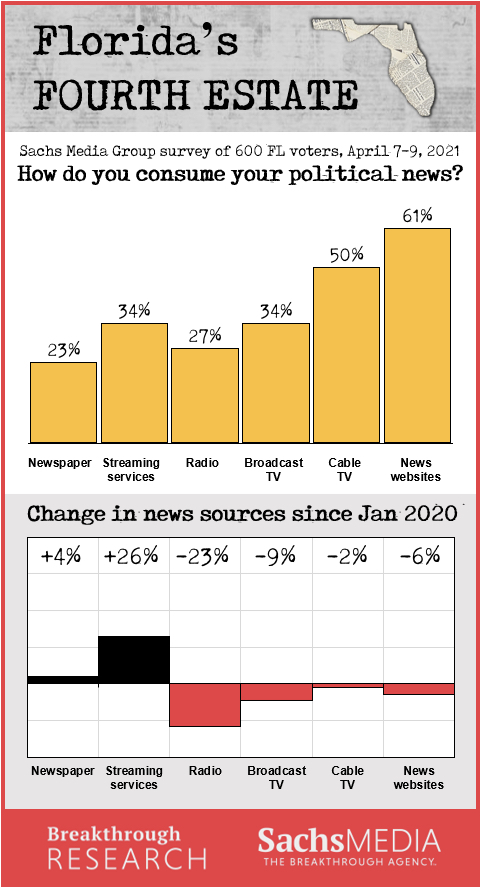 The House will hold a floor Session at 2 p.m. On the agenda are bills that would ban transgender women from participating in women’s sports (HB 1475) and allow high schools to broadcast prayers over the PA system before sports events (HB 1027).

The Senate Agriculture, Environment and General Government Appropriations Subcommittee will hear a bill (SB 390) that would change regulations governing pharmacy benefit managers. The committee meets at 2 p.m. in Room 110 of the Senate Office Building.

The Senate Criminal and Civil Justice Appropriations Subcommittee will consider a bill (SB 402) to remove a requirement that local governments publish legal notices in print newspapers. The committee meets at 2 p.m. in Room 37 of the Senate Office Building.

The Senate Education Appropriations Subcommittee will take up a bill (SB 1672) to allow veterans, active duty military members and others to take online courses at state colleges and universities for free. The committee meets at 2 p.m. in Room 412 of the Knott Building.