Flanked by lawmen and police union heads, Gov. Ron DeSantis signed legislation (HB 1) that he says will combat riots, even as critics contend it stifles protests and free speech. Arguably DeSantis’ signature bill this Legislative Session, the measure stiffens penalties against violent protest, requires those arrested for street violence to stay in jail until the first appearance, and also protects police budgets from cuts by allowing local lawmakers to appeal proposed reductions to the Governor and Cabinet. As the Governor signed the bill, Agriculture Commissioner Nikki Fried and Democratic lawmakers pushed back by questioning the constitutionality of the “anti-riot” bill and once again calling on corporations to denounce the Republican-led legislation. Here’s your nightly rundown.

No cap. A bill (HB 1455) that would have set a cap on the amount of THC in medical marijuana is effectively dead after not getting a hearing in its final committee.

Big Tech crackdown. A proposal (SPB 7072) designed to crack down on social media companies that block users from their platforms is now onto the Senate floor, but not without heated opposition.

On hold. The House property insurance revamp bill (HB 305) was postponed in the House Commerce Committee, but it will likely get a hearing on Friday.

No papers. A bill (HB 7047) that would slap businesses or schools that require “vaccine passports” with a $5,000 fine passed its second committee on a party-line vote.

Unlikely ally. A bill (SB 402) to end the requirement that legal notices appear in print publications now has newspaper support after it took on an amendment.

‘Victims of Slavery Day?’ A bill (SB 1606) creating “Victims of Communism Day” is ready for a floor vote, but Black Senators are concerned the Legislature doesn’t recognize the hardships of Black Americans.

Unboxing. A proposal initially coined the “baby box” bill (SB 122) passed through the Senate Appropriations Committee — but without the box part.

Space junk. A bill (SB 936) clarifying that rocket parts that fall to Earth belong to the rocket companies has launched to the Senate floor.

Special delivery. The House and Senate are negotiating a funding package that could help South Florida seniors in need receive groceries without leaving their homes.

Benefit cuts. The education benefits promised to Florida National guardsmen will hang in the balance this week as the House and Senate resume state budget negotiations.

Little Wekiva. A bill (SB 976) to find out what is choking the Little Wekiva River in Seminole County advanced to the Senate floor.

“I have a problem when we recognize certain issues and not others, and it seems like issues that affect Black people are always on the back burner.” — Sen. Randolph Bracy, on legislation (SB 1606) creating a “Victims of Communism Day.”

Your Metz Husband Daughton-sponsored question of the day is: An American flag from the rubble of 9/11/2001 is now housed at what location in Walt Disney World?

Last time, we asked: Who was the first Cuban American Speaker of the House?

Congrats to Larry Williams (@LarryWmsConsult), the first person to tweet the correct answer! 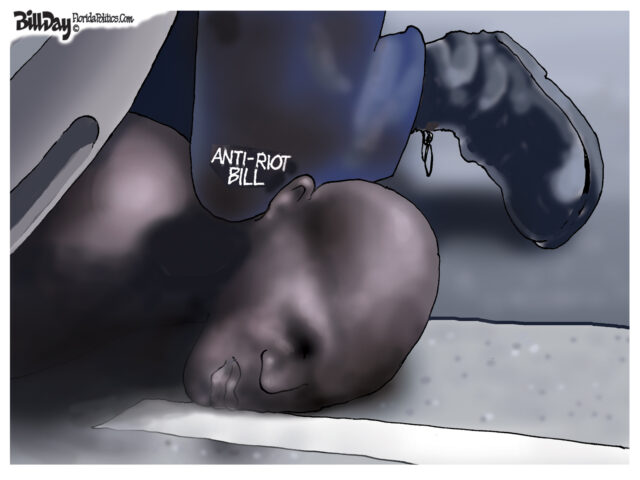 The Legislature is deciding between two similar proposals that would expand the school choice. A House bill (HB 7045) and Senate bill (SB 48) are both ready for floor votes in their respective chambers. Sara Clements of McGuireWoods Consulting is a former public school teacher who has worked on education policy in Tallahassee for over a decade.

Florida Politics: The Senate and House school choice bills are different. What should people know about the differences?

Clements: The Senate proposal would collapse five scholarship programs into two state-funded Education Savings Account (ESA) — the McKay-Gardiner Scholarship and the Family Empowerment Scholarship. The House bill maintains the Florida Tax Credit and Hope Scholarships, repeals Gardiner and McKay, and transitions those special needs students into the Family Empowerment Scholarship (FES), which will act as an ESA for that population only. Students eligible for FES based on income will still receive a traditional tuition voucher. Essentially, the House bill keeps more of the current structures in place while the Senate is moving all of these programs into the FEFP and creating a lot more flexibility for parents. Overall, the Senate proposal is a more dramatic change.

Florida Politics: You said these two bills “could be the most dramatic change in Florida school choice history.” What are the major effects of the bills?

Clements: While Florida has continuously innovated and expanded educational options over the last two and half decades, there are two significant changes with the bills currently moving: how these scholarship programs are funded and how families can spend the money. Though the Florida Tax Credit Scholarship is often referred to as a voucher, that term isn’t accurate because it is funded outside the state budget via tax-credited contributions. However, McKay, Gardiner, and the more recent Family Empowerment Scholarship (FES) are funded through the budget. Both chambers are taking steps to move these programs toward a model where the state is directly funding families, and away from the tax credit funding model. The state is also expanding the use of these funds. An educational savings account, or ESA, has far more flexibility than a traditional scholarship or voucher because it allows parents to customize their child’s education through things like curriculum, digital devices, and tutoring, rather than simply paying for school tuition.

Florida Politics: What impact would these bills have on public education in Florida?

Clements: I think we will continue to see the same trend lines we’ve seen in the past 20+ years. As more options become available, more students take advantage of them. We have never seen a significant drop in public school enrollment in any given year, which is often the prediction made by critics when choice programs are created or expanded. Some of these changes, like how the scholarships are funded, are sizable policy shifts in Tallahassee. However, where parents will see the biggest impact is the greater control they will have in their child’s education. 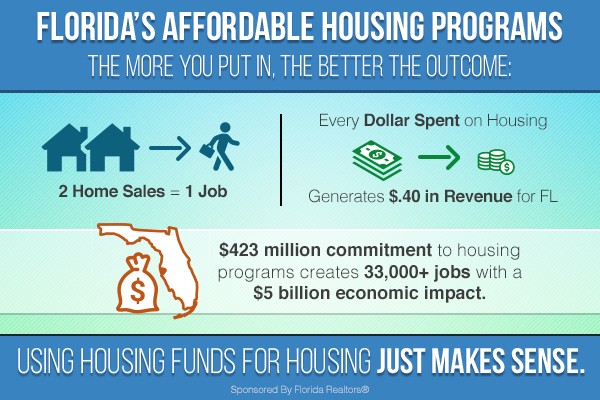 Law enforcement leaders were by DeSantis’ side when he signed the controversial anti-riot measure on Monday.

Many police departments, sheriff’s offices, and pro-law enforcement interests across the state favor the bill, saying it will prevent protests from getting out of hand and threatening the safety of law enforcement officers.

The best-known law enforcement officer in the room was Polk County Sheriff Grady Judd, the source of many hardline soundbites, including a warning to would-be looters over the summer that “if you value your life, you probably shouldn’t do that in Polk County.”

The Polk County Sherriff’s Office is one of a dozen or so county sheriff’s offices to have lobbyist representation in the Capitol. Their team includes Laura Boehmer, Sydney Ridley and David Shepp of The Southern Group.

Most sheriff’s offices rely on the Florida Sheriffs Association for their lobbying needs. The statewide organization has 15 lobbyists on retainer, including in-house lobbyists Matthew Dunagan and Allie McNair.

The anti-riot bill faced staunch opposition from civil rights and free-speech groups, which slammed it as an effort to silence Floridians’ right to peaceful protest.

The ACLU of Florida was among those leading the charge. Kirk Bailey and Eric Maclure represent them. Also dissenting is the SPLC Action Fund, represented by in-housers Carrie Boyd, Safia Malin, John Taylor, Oliver Torres and Poy Winichakul, as well as Albert Balido of Anfield Consulting and Karen Woodall. 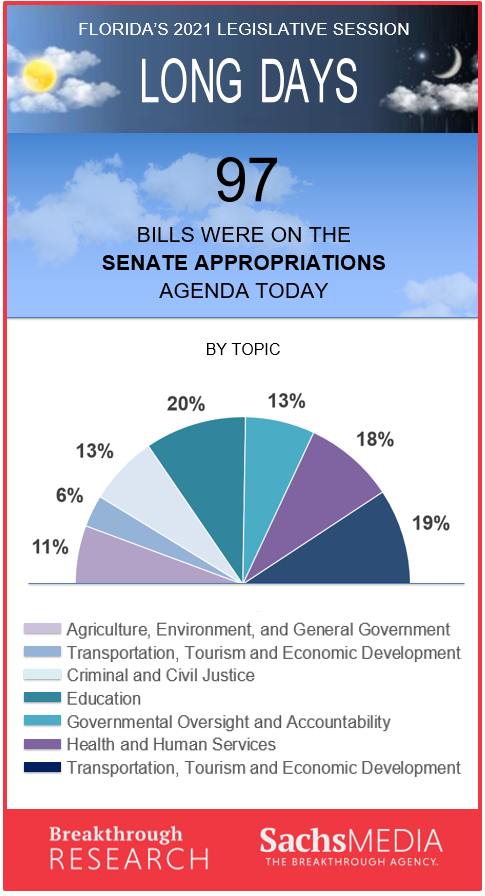 The Senate Rules Committee will hold a marathon meeting Tuesday. Among the dozens of bills on the agenda is a measure (SB 522) that would set up a statewide framework for vacation rentals and a proposal (SB 7070) that would shield colleges and universities from lawsuits over decisions to shut campuses because of the COVID-19 pandemic. The committee meets Tuesday at 8:30 a.m.

— The Senate Special Order Calendar Group will meet in Room 401 of the Senate Office Building. The meeting begins 15 minutes after the Senate Rules Committee adjourns.

— The House Rules Committee will meet at 6 p.m.