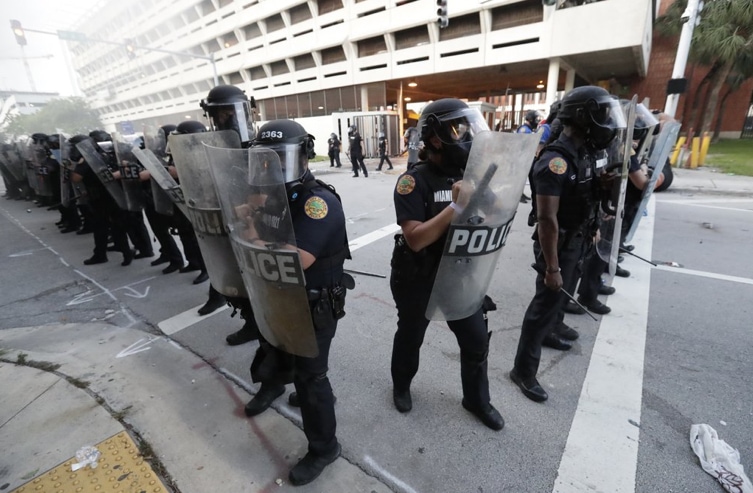 Democrats see the measure as a jumping off point to greater reforms.

Legislation to prevent excessive use of force by police officers will likely be the last bill to pass out of the committee process in the 2021 Legislative Session.

The Senate Rules Committee unanimously approved the House’s police reform bill (HB 7051), which is the product of negotiations between House leadership, members of the Legislative Black Caucus, law enforcement groups and others.

Lawmakers throughout the House committee process unanimously approved the measure, carried by Reps. Cord Byrd, a Republican, and Fentrice Driskell, a Democrat. On Monday, the full House voted unanimously to pass the bill.

Though the bill only hit one stop in the Senate, the measure again received unanimous support when Ocoee Democratic Sen. Randolph Bracy presented it to the Rules Committee.

“The comments I’ve heard is that it doesn’t go far enough, and I would agree — and I say that, as someone who probably has filed more police reform legislation than maybe anyone in this chamber,” Bracy told the panel. “But I do recognize that we have to start somewhere, and I believe this is that moment, and I believe this is the vehicle to do it. I believe we can build upon that in years to come.”

The bill includes several police reform proposals the Legislative Black Caucus presented ahead of Session, of which both Bracy and Driskell are members.

The bill would call for basic training on proportional use of force, including de-escalation techniques and intervening in another officer’s excessive use of force and chokeholds. Chokeholds, which became central to national conversations around the use of force after George Floyd’s death in Minneapolis, could only be used when an “officer perceives an immediate threat of serious bodily injury or death to themselves or another person,” the bill outlines.

Amendments added Friday would clarify that law enforcement agencies could make more stringent policies, including banning chokeholds, if they choose.

Like Bracy and others, Jacksonville Democratic Sen. Audrey Gibson similarly called the measure a starting point.

“The fear is real in our young Black men, and and we still have the talk as mothers,” she said.

The legislation also creates the “Kaia Rolle Act,” a multi-year project of Bracy’s to prevent children younger than 7 from being arrested or charged with crimes that aren’t forcible felonies. Both chambers passed similar legislation last year, but the broader school safety bill that contained that language died on the regular Session’s final day after the then-developing COVID-19 pandemic helped derail negotiations.

“I’ve let Sen. Bracy and others work on that bill, and I believe the bill that will come from the House will be a very good product,” Simpson told reporters. “I have not thoroughly studied that bill yet, but I know that people will work very hard on it and I believe that’s something we’ll be supporting.”

Gov. Ron DeSantis signed that measure into law a week ago, the day before a Minnesota court convicted Derek Chauvin of killing Floyd when he knelt on his neck in May. That killing sparked protests, some of which turned violent, that prompted DeSantis to ask for legislation.

In an interview with Florida Politics, Byrd acknowledged the national conversation around law enforcement and freedom of speech. The anti-riot and policing bills’ overarching theme is “public safety,” the Neptune Beach Republican said.