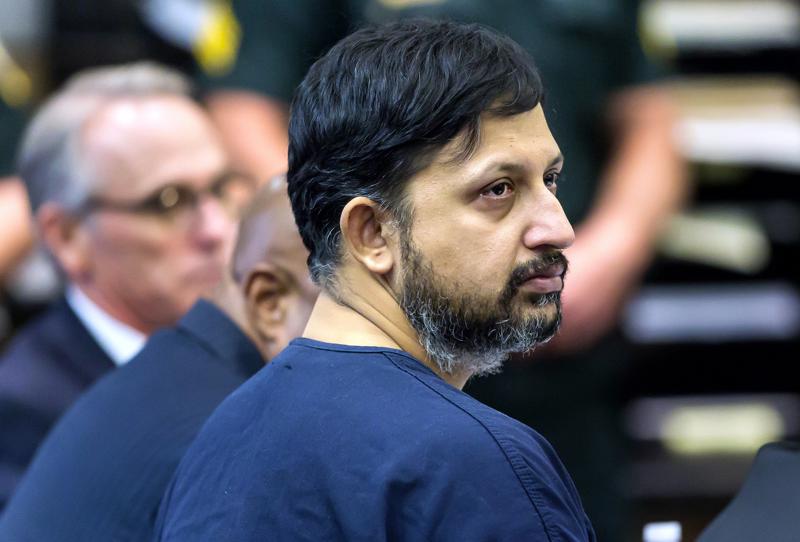 A Florida police officer who gunned down a Black motorist whose car had broken down six years ago could legally be convicted of both manslaughter and attempted first-degree murder, a state appeals court ruled Wednesday.

The court said that unusual combination did not constitute double jeopardy.

The Fourth District Court of Appeal rejected the contention by Nouman Raja’s attorneys that his 2019 convictions and 25-year prison sentence for the shooting of Corey Jones should be overturned. Raja’s attorneys had argued that since a defendant can’t be convicted of both murder and manslaughter for killing one person, a guilty verdict for manslaughter and attempted murder should also be rejected.

But the judges sided with prosecutors by a 3-0 vote, saying Raja’s convictions were for distinct crimes. First, the judges focused on Raja firing two volleys of shots separated by about 10 seconds, the last as Jones ran away. They agreed with prosecutors, who argued at trial that while they could not prove in which volley the fatal bullet was fired, the second was a premeditated attempt to kill Jones and qualified as attempted murder.

Raja, now 43, was the first Florida law enforcement agent in nearly 30 years to be convicted and sentenced for an on-duty killing — and one of only a few officers nationwide, even with last week’s conviction of former Minneapolis officer Derek Chauvin for the murder of George Floyd.

Prosecutors contended Raja escalated what should have been a routine interaction into a deadly confrontation with Jones, a 31-year-old housing inspector and part-time drummer.

Raja, of Asian descent, was in plain clothes for a Palm Beach Gardens auto burglary investigation team when he spotted Jones’ SUV at 3:15 a.m. on Oct. 18, 2015.

Jones was headed home from a nightclub performance by his reggae band when his vehicle stalled on a dark Interstate 95 off-ramp. He had a concealed-weapons permit and carried a handgun, purchased days earlier to protect his $10,000 drum set, which was in the SUV.

Raja, wearing jeans, a T-shirt and a baseball cap, drove an unmarked van the wrong way up an off ramp within feet of the SUV.

Prosecutors said Raja never identified himself as an officer and acted so aggressively that Jones must have thought he was about to be carjacked or killed. Raja’s supervisor testified the officer had been told to don a police vest if he approached a civilian. He didn’t, nor did he pull his badge.

What police didn’t know at first was that Jones had been talking to a tow-truck dispatcher on a recorded line. That recording shows Jones saying “Huh?” as his door opens. Raja yells, “You good?” Jones says he is. Raja replies twice, “Really?” with Jones replying “Yeah.”

Suddenly, Raja shouts at Jones to raise his hands, using an expletive. Jones replies, “Hold on!” and Raja repeats his demand.

Prosecutors believe Jones pulled his gun and tried to run away. Raja fired three shots; Jones ran down an embankment. Prosecutors said he threw his gun, but Raja fired three more times, 10 seconds after the first volley. One of the bullets pierced the man’s heart. He was also hit in both arms.

But Jones’ body was found 200 feet (60 meters) from the SUV and 125 feet (38 meters) from his unfired gun. Prosecutors contended he had thrown it away well before Raja fired his second volley.

Palm Beach County State Attorney Dave Aronberg issued a statement Wednesday that he was “pleased that the appellate court affirmed the jury verdict.”

“The evidence was compelling and the trial was fair. The family of Corey Jones achieved a measure of justice, as no one is above the law,” Aronberg said.

Raja’s attorneys and lawyers for the Jones family did not immediately respond to emails seeking comment. His attorneys could appeal the ruling to the Florida Supreme Court.

Raja is serving his sentence at a north Florida prison.