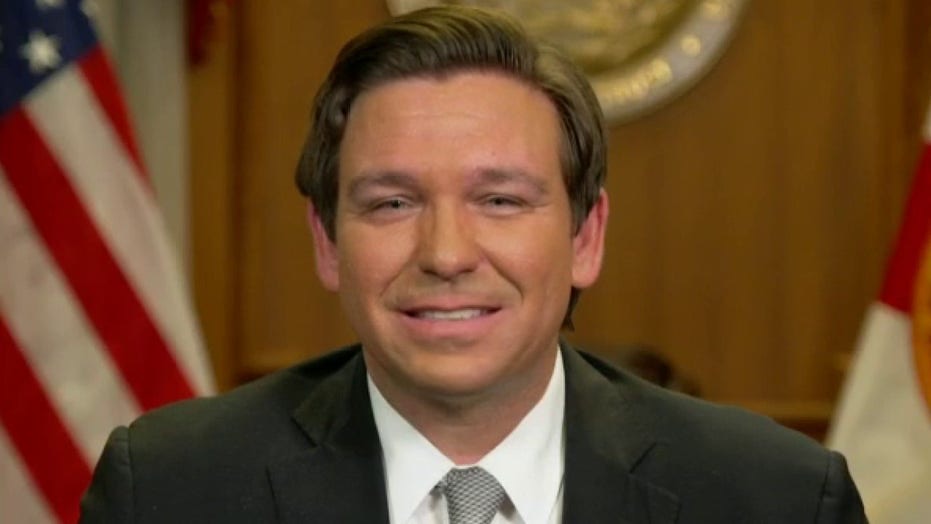 The Governor said he was signing the bill for his daughters.

He made news by removing any doubt about whether he would sign a bill banning transgender women and girls from playing in K-12 girls’ sports, saying the goal was to create an “even playing field.”

“Oh, yeah. We’re going to protect our girls. I have a 4-year-old daughter and a 1-year-old daughter. They’re very athletic. We want to have opportunities for our girls. They deserve an even playing field. And that’s what we’re doing: what Mississippi did, what Florida did, what other states are going to do. So I look forward to being able to sign that into law,” DeSantis said.

The ban appeared dead until it was added as an amendment onto a bill regarding charter schools. That bill proved a vehicle for a controversial bill that wasn’t moving in the Senate.

The bicameral passage came despite NCAA opposition to these bills on the college level. The college sports sanctioning organization has threatened to pull championships from states with these kinds of laws banning athletes from competition.

DeSantis went on Fox News hours after the Governor’s surgeon general rolled back virus precautions and recommended against masks for the vaccinated, while urging state workers to come back to the office and stop working remotely.

During the hour long broadcast with other Republican governors, DeSantis alternated between celebrations of legislative victories and unvarnished critiques of news of the day topics, such as when he early on dismissed Joe Biden‘s concerns about systemic racism as a “bunch of horse manure.”

The Governor reiterated critiques of “critical race theory,” claiming the academic approach is “basically saying all of our institutions are bankrupt and illegitimate,” and adding that he “banned” it in the state of Florida.

The anti-riot bill drew applause also when Ingraham mentioned it. The Governor stuck to well-rehearsed talking points in a crisp answer that also delighted the crowd in the City Beautiful.

“If you riot, if you loot, if you’re violent at one of these assemblies, we’re putting you in jail, period,” DeSantis said.

The Governor vowed that no businesses would be allowed to sidestep the vaccine passport ban, as he defended the right of people to choose not to take the shot.

“We’re not going to condition this. It’s not like we’re going to say ‘hey, you’re part of the club, you’re not.’ There’s some people who have valid reasons for not doing it. Some people have just decided not to,” DeSantis said, vowing to sign the bill into law soon.

DeSantis also vowed to sign into law the election security measure passed Thursday in the Legislature.

“We cannot let the discourse in our country be controlled by leftist oligarchs in Silicon Valley,” DeSantis said, likening the mainstream press to “state-run media.”

previousSine Die traditions are upheld during a Session unlike any other