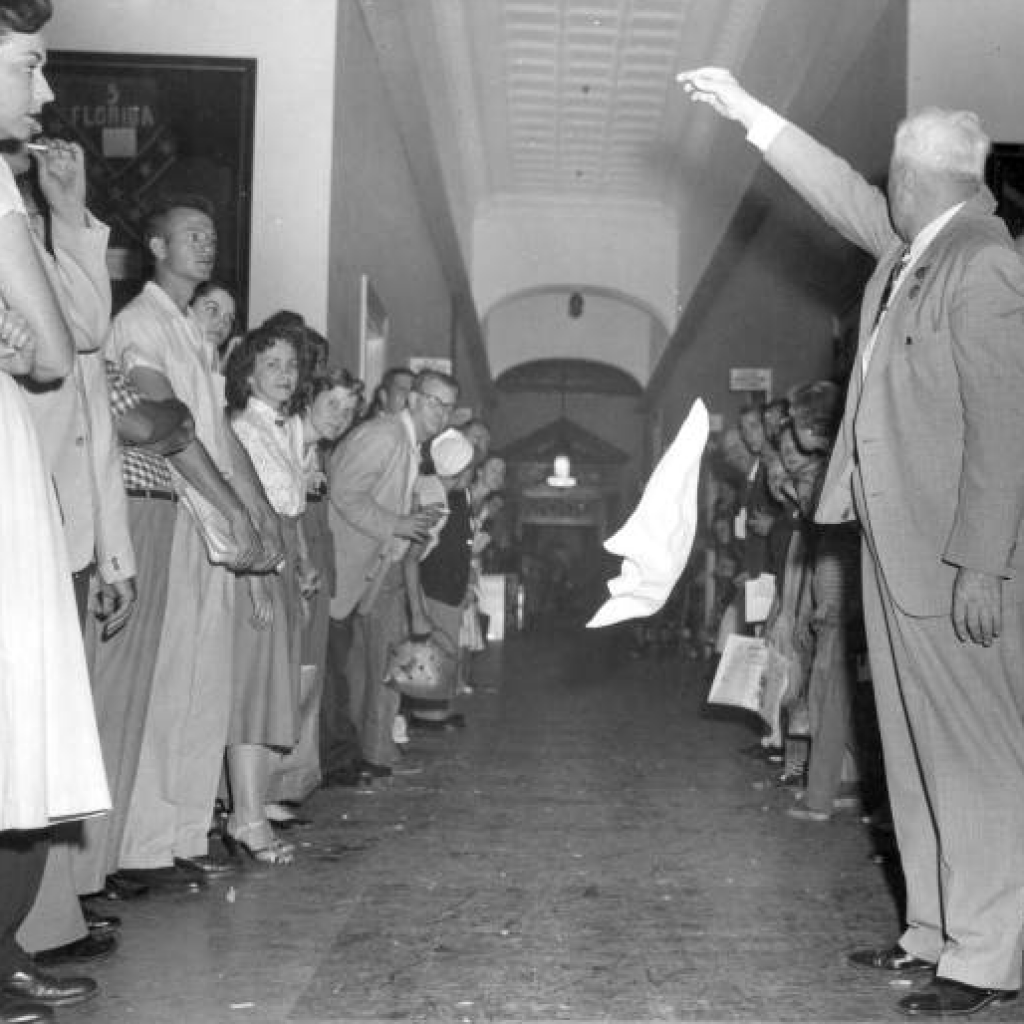 The motion to 'adjourn sine die' is the last action in the Legislative Session.

The end of Legislative Session in Florida is called Sine Die. The final adjournment of the 2021 Session will mark one of the few traditions upheld during a Session unlike any other.

Marred by COVID, in a lot of ways, the 2021 Legislative Session was forced to eschew tradition. The 60-day Session, instead, ushered in a lot of firsts for the state legislature.

The Capitol building, this year, was mostly closed to lobbyists and the public. Even mask-wearing Capitol employees made a weekly visit to tents set up outside the Knott building to undergo nose swabs for COVID-19 tests.

Stakeholders hoping to have sway were largely confined to generating impact over Zoom meetings or in remote testimony from the Donald L. Tucker Civic Center. Lobbyists had to lean on previously established connections. Normally gregarious politicians often lamented the loss of human contact.

It is too early to tell what the lasting impact, if any, the lack of people in the Capitol will have. If priorities did slide by, they don’t appear to be Gov. Ron DeSantis’. Bills passed accomplished many of the Republican Governor’s stated priorities, such as election reform, an ‘anti-riot’ bill, a vaccine passport ban, improvements in water quality and cracking down on social media and China.

In another first, despite coronavirus economic woes, a record $101.5 billion state budget was passed. That includes spending $6.9 billion and banking the rest of $10.2 billion of federal relief funds from the American Rescue Plan.

Mastering the new algorithm-based elevator system in the Capitol building was a first this Session. As Capitol insiders know, among the 12 elevators in the bank, it appears the level of efficacy varies.

“That first row of elevators, you have to go to the back row,” Sen. Aaron Bean advised of the new system while speaking on the Senate floor. “What happened to those elevators anyways?”

Standing in an elevator with the doors inexplicably stuck open became an equalizer among everyone working at the Capitol.

Rep. Randy Fine could be overheard this Session, stuck in one curiously not-moving elevator, saying, “someone should be able to write an algorithm to make this work, and this is not it.”

But certain legislative traditions will never die, like scrambling to add a flurry of last-minute amendments. In the last week alone, some major amendments were added and passed.

Sen. Jim Boyd amended a property insurance bill he said would lower insurance rates but also acknowledged on the Senate floor Friday “nobody is really happy with it.”

Boyd also revived an infamous seaport preemption bill as an amendment on a transportation bill.

Rep. Kaylee Tuck successfully amended a controversial transgender athlete ban onto a charter school bill. Tuck filed the amendment around 4:30 p.m. Wednesday. The bill was passed by both chambers by that evening.

Sen. Travis Hutson at the last moment, amended a bill to make good on a past Legislative promise for college athlete pay.

More lighthearted traditions continued as well, like a weight loss contest called the Biggest Loser, Seersucker Day and the third annual Hoops Day, which celebrates circular earrings as a symbol of women’s empowerment.

Certain Sine Die traditions could be seen around the Capitol Friday.

Pink is worn to honor the late insurance lobbyist Marvin Arrington, who would wear a pink sports coat on the last day of Session. Arrington died the last week of the 2002 session, succumbing to a heart attack in his car near the Capitol.

Those seen wearing red are likely referencing the same-colored Solo cups ubiquitous on the last day.

And a white handkerchief is ceremonially dropped by the House and Senate sergeants-at-arms to mark the precise moment of Session’s end, when the chambers adjourn in unison.

Senate President Wilton Simpson seemed to be aiming for precision Friday as the Senate convened for the last time during this official Session.

Simpson could be heard saying from the Senate podium Friday, “1 o’clock, Sine Die. Hell or high water,” though 1 p.m. came and went without the hankie dropping. Perhaps, going over on time is another Sine Die tradition.