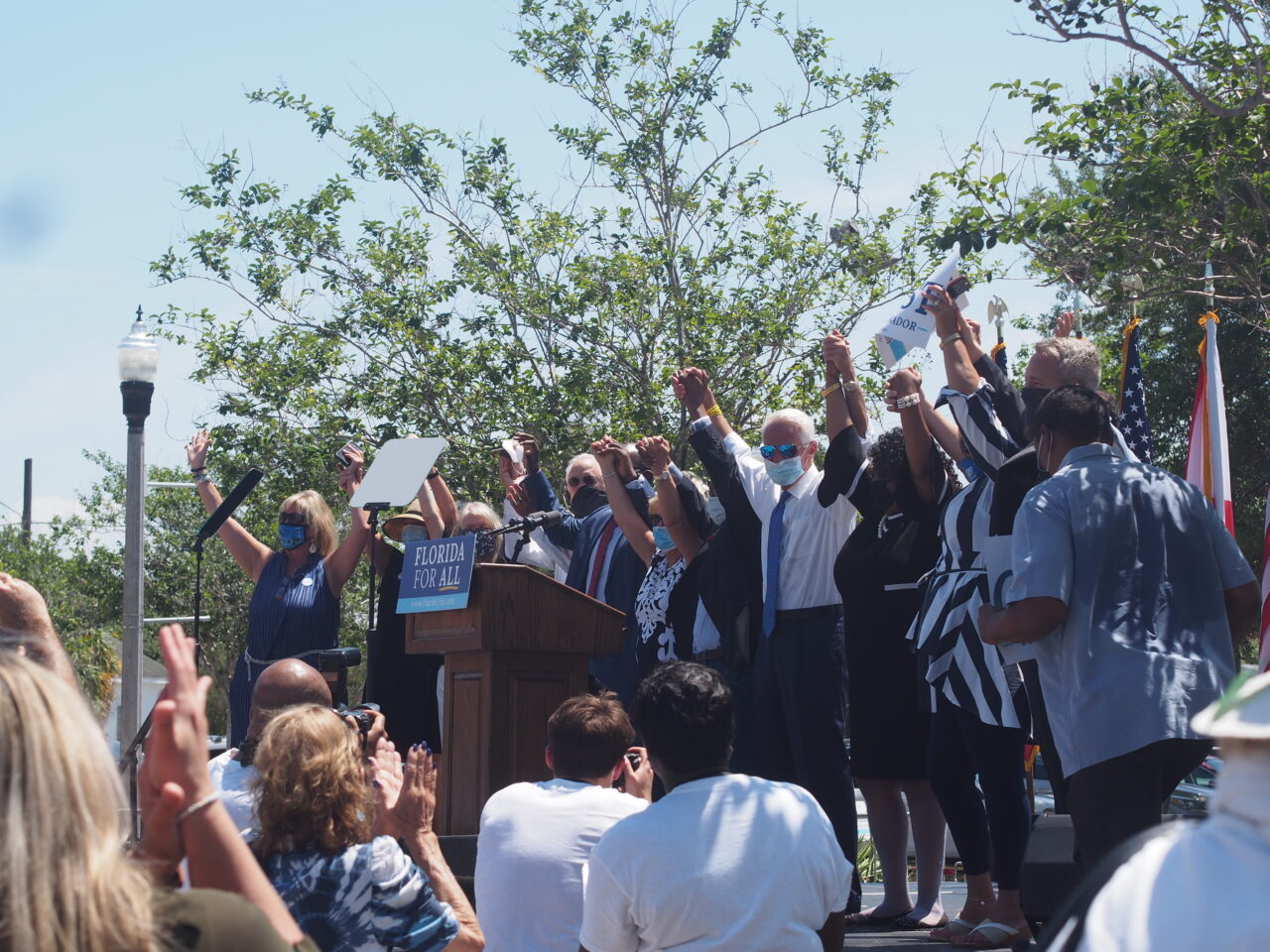 Can a call for 'fundamental fairness' catch fire with voters?

Let’s Get to Work.

Can a political movement be built around a call for “fundamental fairness?”

“There’s only one way to find out. That’s why you run,” Democratic former Governor and current Rep. Charlie Crist said Tuesday shortly after kicking off his 2022 campaign for Governor.

“Fundamental fairness” might not make for the most memorable of posters or ball caps or T-shirts, but Crist is embracing it early on as the theme of the mission he is offering to Florida voters.

On Tuesday as the sunshine in the Sunshine City of the Sunshine State roasted about 150 supporters in St. Petersburg, Crist announced his third run for Governor, hoping to win two out of three. He decried what he views as the unfairness of Republicans who just pushed through legislation cracking down on street protests, transgender girls’ sports, voting, and other rights. All of it was done, he said, under the direction of Republican Gov. Ron DeSantis.

Afterward, sitting down for a brief interview with Florida Politics, Crist argued that what DeSantis was pushing was a “hard-right” agenda that is unfair to many Floridians.

“I think it’s important to realize that people, just as they were in the 2020 election, are frustrated with more authoritarian-type leadership. That’s what we’re seeing out of the Governor. You know, taking authority away from municipalities and counties, and trying to concentrate everything in Tallahassee is not fair for all Floridians. It’s not a Florida for all Floridians,” Crist said.

He cited Republicans’ opposition to the restoration of voting rights for felons, the attempt to scale back Bright Futures scholarship eligibility and amounts and funding of public schools as unfair to many.

“And Floridians know what it’s like to have fundamental fairness. And they want it, and they deserve it,” Crist said. “And they’re not getting it out of this administration. And that’s what I think you run on: Justice for all.

“People want to be treated fairly. They’re not asking for much, just fundamental fairness,” Crist said.

The 2022 gubernatorial election most likely will start with a Democratic primary, and Crist most likely will have to face the likes of Rep. Val Demings and Agriculture Commissioner Nikki Fried before he could get a shot at DeSantis.

Would a mission of fairness stand up? Can a movement be built around it?

DeSantis will likely raise more than $100 million to defend his seat. Crist is known as a strong, hardworking fundraiser, but that is territory that no Florida Democrat has ever approached.

“Work hard. Tell the truth. Make sure you talk to people straight. Look them in the eye, and make them understand that what you talk about is what you believe in your heart,” Crist said.