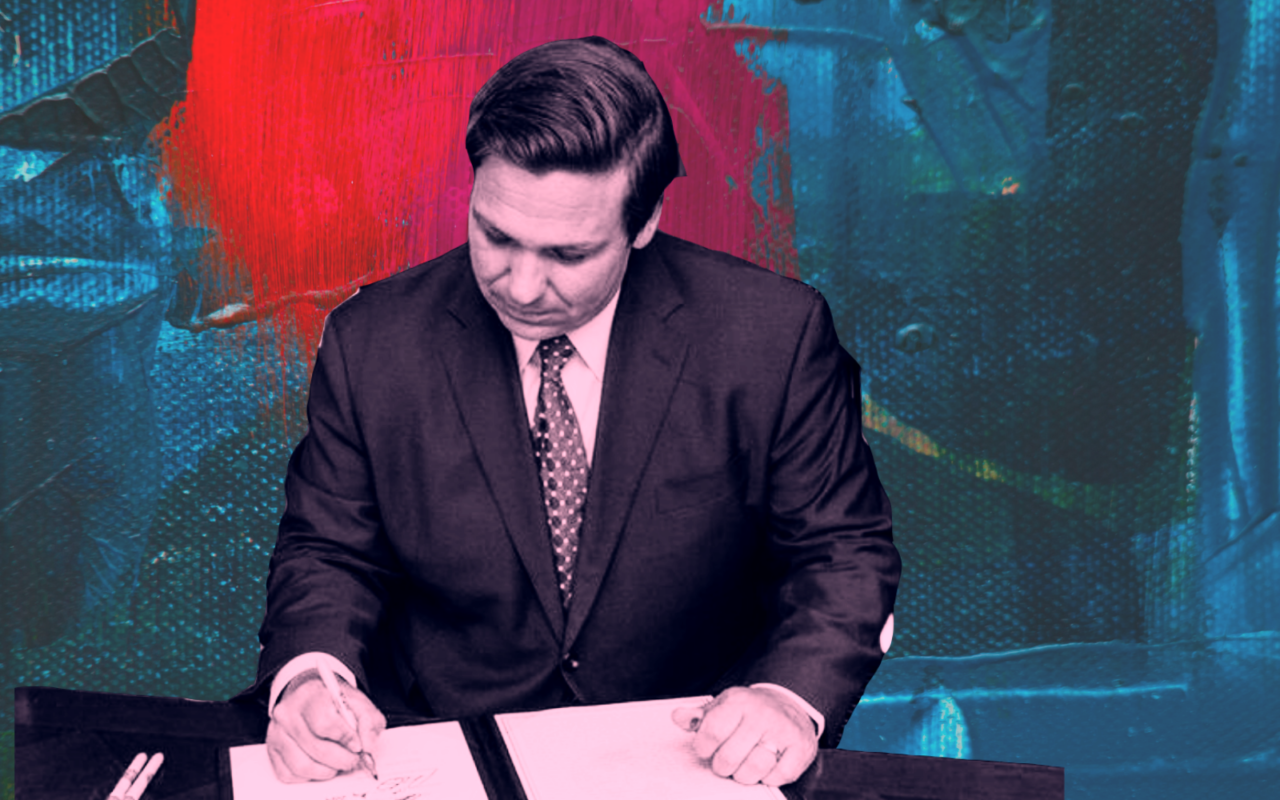 Gov. Ron DeSantis will probably wear out a pen or two in the coming weeks.

But while signing a bill takes a matter of seconds, deciding whether a bill deserves his signature takes a lot of thought. Here are some of the bills and budget items the Governor should be thinking twice about.

A bill (SB 1028) banning transgender athletes from participating in women’s sports landed on the Governor’s desk last week. DeSantis said in April that he planned to sign it. But if he does, there will likely be consequences.

During the Legislative Session, the NCAA warned states it might reconsider holding major events in states that pass such bans.

“When determining where championships are held, NCAA policy directs that only locations where hosts can commit to providing an environment that is safe, healthy and free of discrimination should be selected,” the NCAA Board of Governors wrote in a news release. “We will continue to closely monitor these situations to determine whether NCAA championships can be conducted in ways that are welcoming and respectful of all participants.”

The bill is undoubtedly red meat for DeSantis’ base, but after the initial cheers from a relatively small number of people, there could be an uproar.

Imagine the fallout if the Orange Bowl was kicked out of the New Year’s Six — the annual event has an economic impact of up to $300 million. That’s a major penalty to draw for a purely political “win,” if you can even call it one.

Lawmakers passed a record $101.5 billion budget, and, just like every year, Florida TaxWatch has found some questionable inclusions.

This year’s Turkey list includes 116 projects worth a combined $157.5 million. It’s an admittedly small amount, and the designation isn’t meant as a condemnation — it’s applied to projects the organization says skipped the review process, were low-priority items approved early, or were projects removed from the budget then re-added in the sprinkle list.

Last year DeSantis vetoed more than 80% of the items on the list, according to Florida TaxWatch President and CEO Dominic Calabro.

But the circumstances are different in 2021. The state budget relies on billions in federal funding, and during the budget process, legislative leaders encouraged funding for one-off projects over those requiring recurring funds.

Even if DeSantis vetoed the entire list, it would only reduce the overall budget by a fraction of a percent. Meanwhile, he could find himself on the wrong side of some of his staunch allies in the Legislature.

Rep. Jason Shoaf, for instance, has urged DeSantis to spare the Panhandle projects he fought for, noting that local governments can’t tax their way out of the budget slump. Many other items serve as lifelines to cultural centers and funding for much-needed transportation improvements.

Lawmakers have been trying to repeal the state’s no-fault auto insurance system for years. In the 2021 Legislative Session, they succeeded. The bill (SB 54) passed with overwhelming support, too.

One study indicated it could raise rates by as much as 50% for Floridians who currently purchase minimum coverage. Those same Floridians are the least likely to be able to absorb a price increase, and if one comes their way, some will inevitably choose to roll the dice and drive without coverage. Florida already has one of the highest uninsured rates in the country.

That could lead to a spiral. A higher uninsured rate means the cost of auto accidents and injuries will be spread across fewer drivers, all of whom would end up paying more.

It’s not a fringe belief. Many of the state’s most fiscally savvy policymakers, including CFO Jimmy Patronis, oppose the bill, believing it will raise rates.

Maybe the predictions are hyperbolic. But it’s a big bet with little upshot. The most optimistic studies predict it would save a subset of Floridians a small amount of money. If it goes the other way, though, there could be a full-blown and fully preventable insurance crisis.

The procurement process for the new Statewide Law Enforcement Radio System has been nothing short of a train wreck.

The 2021-22 budget passed by lawmakers includes $165 million in nonrecurring funding to upgrade SLERS. All of that would go to L3Harris, which would also get hundreds of millions more in the future by way of a 15-year contract at $31.5 million a year — $19 million to oversee the system and $12.5 million to lease radio towers controlled by the company.

The budget item comes after a yearslong battle between L3Harris and Motorola Solutions. Motorola Solutions won a competitive bidding process to design and build the new system, but L3Harris challenged the procurement in court while maintaining the leverage that comes with controlling the radio towers that underpin SLERS. A court affirmed their right to do so because, despite the towers being built by the state, the company formerly known as Harris Corp. held a long-term lease that gave it exclusive control over the towers.

There’s an argument to be made for a veto, but one could just as easily argue that DeSantis should let it stand.

The manner in which L3Harris secured the SLERS rebuild could set a precedent for future procurement processes. What’s the point in putting something out for a bid if the losing side can ultimately win in the Legislature?

Still, the current SLERS contract, held by L3Harris, is set to expire this year. Sending everything back to square one wouldn’t change that, and it could also put law enforcement at risk.

“We provide mutual aid. When we have hurricanes in one part of the state, we send officers to help people in those impacted communities,” Jenkins told The Capitolist. “That’s why it’s critical first responders have interoperability between radio systems.”

The radio system has been in dire need of an upgrade for years. While Motorola would argue its tech is superior and less costly — that is why it won the bidding process, after all — L3Harris is more than capable of handling the upgrade and would be providing radios that operate on the same open-source P25 technology that Motorola Solutions would have used.

DeSantis will need to decide whether to take a stand to stop future procurement wars following the same course or if he would simply like to get this long-overdue project done.

While the push to repeal PIP is based on a seemingly manufactured crisis, some experts believe the state’s property insurance system is in a real-deal death spiral.

Private insurers are filing larger and larger rate increases. Some are even pulling out of Florida altogether. Meanwhile, the policy count at state-backed Citizens Property Insurance Corp. is going through the roof.

Citizens had 569,868 policies as of March 31, and it’s adding about 5,000 customers per week. Citizens Board Chairman Carlos Beruff said last month that he thinks Citizens will “easily get to 750,000, which is a very bad place.”

Lawmakers passed a bill to alleviate some of the pressures driving up costs, but the final product (SB 76) was watered down substantially from its original form. A provision that would have allowed insurers to cover the “actual” value.

Sen. Jeffrey Brandes, who helped craft the legislation, criticized adjustments demanded through negotiations in the House. “This is nowhere near enough,” he said. “This is maybe 40% of a solution.”

The bill would lead to higher rates for Floridians insured through Citizens. A key provision of the bill would eventually allow annual rate increases of 15% — up from a current cap of 10% — with the end goal of moving homeowners to the private market.

The question is whether it really is 40% of a solution and, further, whether a half-measure will be enough to make a dent or will simply raise rates for some while the industry continues to spiral.