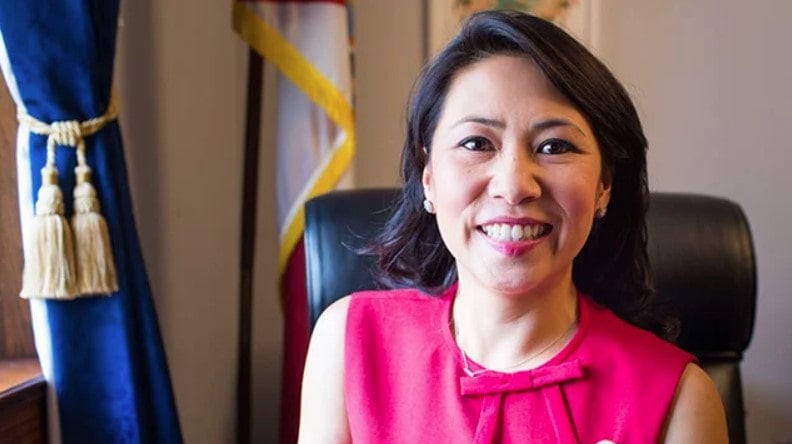 A mailer from Americans for Prosperity adds local pressure on Rep. Stephanie Murphy as she considers her vote on an infrastructure bill.

The new campaign-style flyer urges constituents in Florida’s 7th Congressional District to demand the Winter Park Democrat vote “no” on one of President Joe Biden’s priorities.

The libertarian advocacy group made its opinion on the bill known before and announced in May it would reach out to voters in 27 congressional districts, including Murphy’s. That follows the group’s “End Washington Waste” campaign, according to spokespeople for AFP-FL, the Florida chapter for the group.

As co-chair of the Blue Dog Coalition, Murphy has built a reputation for remaining fiscally disciplined. But she helped to lead bipartisan negotiations around the infrastructure package that AFP now derides as waste.

When the first round of AFP mailers went out, Murphy responded by questioning the fiscal commitments of Republicans who ran up deficits during former President Donald Trump’s tenure.

“As the leader of the fiscally responsible Blue Dog Coalition, I have been a consistent champion for fiscal discipline, underscoring the threat that excessive deficits and debt pose to our economy, our security, and our children’s future,” Murphy said. “Unlike Congressional Republicans, who voted to dramatically increase the debt by cutting taxes for their wealthy donors, I remain committed to working to secure a bipartisan compromise that invests in our nation’s infrastructure, helps rebuild our economy, and brings good paying jobs to our community without raising taxes on hardworking middle class families.”

But the new mailer undermines that message with a point-by-point criticism of the infrastructure bill.

The mailer points out 5 cents of every dollar in spending in the $4-trillion package ends up funding roads or bridges. Meanwhile, a full $1 trillion goes to “sweetheart deals and carveouts to special interests.”

It also says the package will result in a historic $5.7-trillion tax hike that will “crush small businesses.”

Labeling the legislation “reckless,” the email closes by encouraging voters to visit StopTheSpendingSpree.com, which links to a volunteer signup website.

Murphy notably represents one of Florida’s most closely divided congressional districts ahead of redistricting. Republican congressional candidate and state Rep. Anthony Sabatini shifted his candidacy this week to challenge Murphy’s reelection, though it remains unclear what jurisdictions will look like next year.