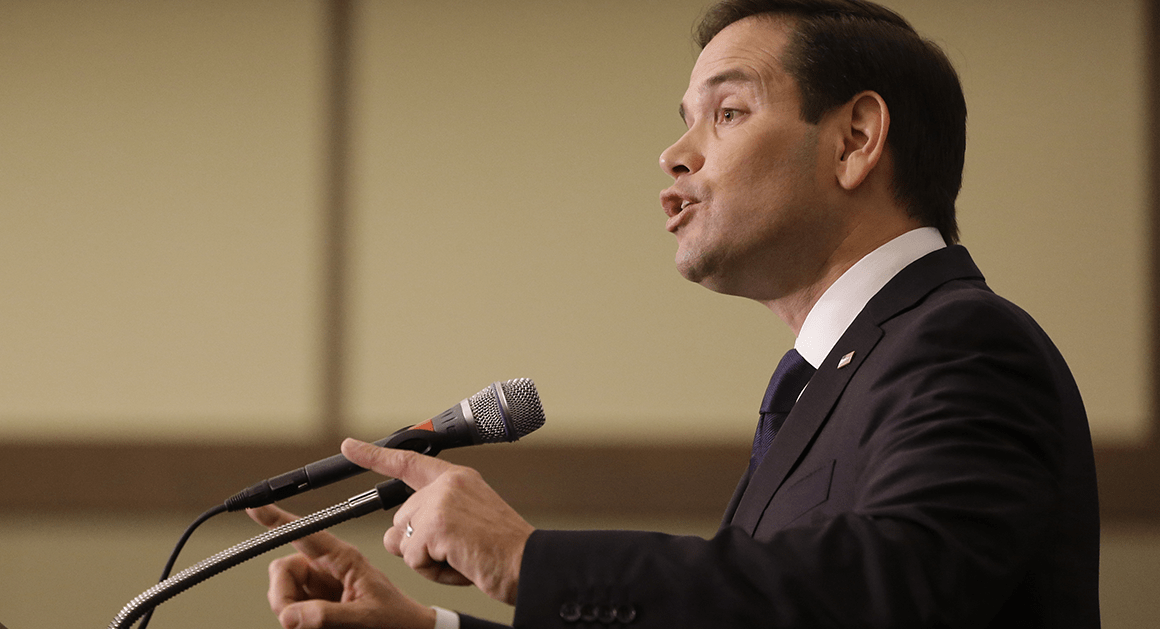 U.S. Sen. Marco Rubio joined a quixotic call to stop the movement to strip the presidency of war powers conferred upon it early in the George W. Bush era.

Menendez’s committee is slated to consider the repeal Tuesday.

Historically, declarations of war were prerequisites for sustained military action, and while Democrats seem to want a return to normalcy, Republicans seem to want to maintain the War on Terror era framework.

“We should fully evaluate the conditions on the ground, the implications of repealing the 2002 AUMF for our friends, and how adversaries — including ISIS and Iranian-backed militia groups — would react,” the senators urged. “It is also important to consider the policy and potential legal consequences of our reduced presence in the region and the impending withdrawal of forces from Afghanistan.

“Whether and when to authorize the use of military force is among the most consequential matters that this Committee or the Congress ever considers,” the Republican quartet contends.

“There are weighty questions, however, about the implications of repealing the 2002 AUMF, which should cause this committee to pause before we act. We believe it is critical that every member of this Committee fully understand the scope and use of existing legal authorities, the current threats to the U.S. and its allies and partners, and the implications for our national security and foreign policy.”

The senators made a staunch case for giving the Biden administration power to continue under arrangements approved by lawmakers three decades ago, citing the Donald Trump administration wanting to keep it as a tool in the toolbox.

The Biden White House and Majority Leader Chuck Schumer want the war powers act repealed, suggesting that it’s a done deal no matter what the minority caucus might think.

Rubio’s seeming belief that the Biden White House should enjoy war powers largely unchecked by Congress is especially interesting in light of an ongoing contention that Biden is simply too hapless and doddering for the world stage.

After the Biden summit with Russia’s Vladimir Putin last week, Rubio maundered about how a “tightly scripted” Biden couldn’t keep up with his counterpart from Moscow. Rubio suggested that Putin may think “this guy may not be in full control” of the presidency based on Biden’s performance.

During the campaign, Rubio suggested Biden lacked a fundamental competence, speculating on potential “severe memory loss” Biden may have suffered.