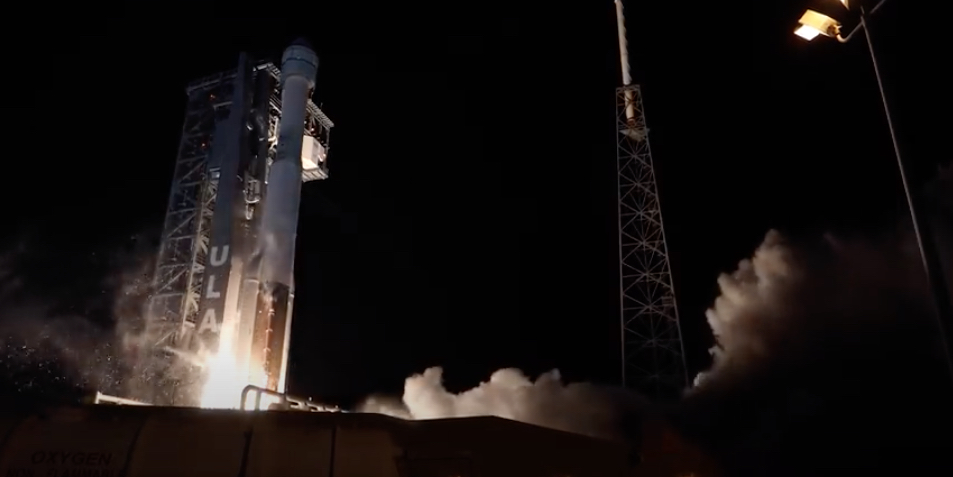 Boeing hopes to join SpaceX soon in shuttling astronauts to the space station.

Boeing is ready to get back into the Space Race.

With all the publicity about New Space entrepreneurs Elon Musk, Richard Branson, and Jeff Bezos privately launching astronauts into space, a member of the Old Guard of Aerospace is taking a critical step toward joining them.

Boeing announced Tuesday it will send its Starliner spacecraft into space Friday — without astronauts — atop an Atlas 5 rocket from United Launch Alliance.

If successful, the mission — Orbital Flight Test-2 — should clear the way for Boeing to have the Starliner carrying astronauts on its next launch, potentially beginning regular astronaut transport operations for NASA to the International Space Station.

Boeing is one of two space companies contracted with NASA to provide astronaut shuttle services. Musk’s SpaceX, once running shoulder-to-shoulder with Boeing in the 21st Century Space Race, got its first Crew Dragon spacecraft into space with astronauts just over a year ago, and already is preparing for its fourth round trip.

Boeing’s first Orbital Flight Test of Starliner went awry in December 2019 when the spaceship wandered off course after an otherwise successful launch. Boeing has been retooling ever since, preparing for the next test, now Friday.

“This second orbital flight test provides us with an opportunity to further analyze the unique technologies developed for our Atlas V launch vehicle in support of NASA’s human spaceflight program,” Gary Wentz, ULA vice president of Government and Commercial Programs, said in a news release. “Our ultimate focus is on the safety of the crew and this flight will ensure we are one step closer to preparing to safely fly astronauts in the near future.”

The Atlas V with the Starliner is set for a 2:53 p.m. liftoff Friday, from Space Launch Complex 41 at Cape Canaveral Space Force Station.

ULA is a partnership of two legacy aerospace companies, Boeing and Lockheed Martin. This will be ULA’s 88th launch of the Atlas V rocket and the 100th launch from Space Launch Complex 41. To date ULA has launched 144 times with 100% mission success.

Just last week — July 20 — Bezos joined the astronaut club when he and three other passengers blasted into space aboard his Blue Origin company’s New Shepard rocket. The week before — July 11 — Branson and five other passengers reached space in his Virgin Galactic company’s spaceplane.

Boeing’s launch will be more significant for a couple of reasons. First, both Branson and Bezos are focusing on space tourism. Boeing, like SpaceX, is focusing on serving NASA and on future commercial transport business. Second, Branson’s spacecraft took off from New Mexico and Bezos launched his rocket from Texas. Boeing’s launches are all planned for Florida’s Cape Canaveral, where ULA operates.

previousLast Call for 7.27.21 — A prime-time read of what’s going down in Florida politics