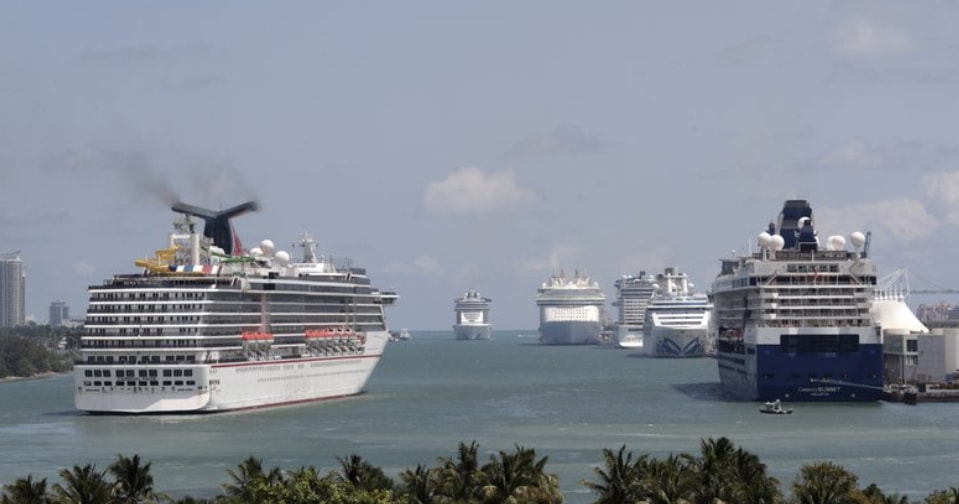 The government of the Bahamas has declared a blockade against cruise ships that arrive without proof that everyone onboard eligible for COVID-19 vaccinations has had their shots.

The Bahamas’ emergency order, posted Thursday on the commonwealth’s Customs and Excise Department‘s website, apparently means that cruise ships from Florida are not welcome, so long as they comply with Gov. Ron DeSantis‘ executive order that banned them from demanding “vaccine passports” from passengers.

The order is another blow to DeSantis’ determination to ban vaccine passports. His policies are opposed by many cruise lines that see vaccine requirements as their best assurance of coronavirus safety for nervous passengers hoping to see the once-popular industry resume after the disasters that befell cruise ships early in 2020 COVID-19 pandemic. Norwegian Cruise Line sued Florida in federal court over the vaccine passports ban and was granted a preliminary injunction last week. That case is still in court.

The Bahamas order, first reported Thursday on DisneyCruiseLineBlog, also is a blow to cruise lines that have gone ahead to resume cruising out of Florida ports without requiring proof of vaccinations.

The Bahamas order applies even to “private” islands in the country, including those leased, developed, and operated as resorts by cruise line companies, such as Disney Cruise Line’s Castaway Cay, Carnival Cruise Line’s Half Moon Cay, and Royal Caribbean International’s Coco Cay,

Everyone on board ages 12 or older must be fully vaccinated for the ship to be allowed into a port of the Bahamas unless a person is exempt from receiving vaccinations due to “medical contraindications.”

The order goes into effect on Sept. 3 and runs through Nov. 1. It was signed by Bahamian Prime Minister Hubert Minnis on Thursday.

It reads: ” … a cruise ship which is on a passenger voyage shall not be permitted to enter a port in The Bahamas (including private stop) unless — the Captain or Master of the cruise ship transmits a crew and passenger manifest to the Port Medical Officer, which discloses the vaccination status of all persons before arrival at the port; all passengers who are twelve years old and older were fully vaccinated before embarking on the cruise ship at the start of the voyage; and the health protocols, previously submitted by its cruise line to the Competent Authority and approved by the Competent Authority, has been complied with.”

Friday morning, there was no immediate response from DeSantis’ office or the Cruise Lines International Association, a trade group representing the cruise industry.

More cruises are slated to resume in October, including out of Port Everglades in Fort Lauderdale, after more than a year in which the industry was totally shut down because of the COVID-19 pandemic.

In September, Royal Caribbean International has the Freedom of the Seas slated for seven cruises out of Miami for the Bahamas, as well as nine cruises set for Mariner of the Seas out of Port Canaveral.

MSC Cruises has the Divine slated to leave for the Bahamas from Port Canaveral three times in September; the Meraviglia is headed for the Bahamas out of Miami four times.

Disney Cruise Line has the Disney Dream slated to leave for the Bahamas out of Port Canaveral eight times in September.