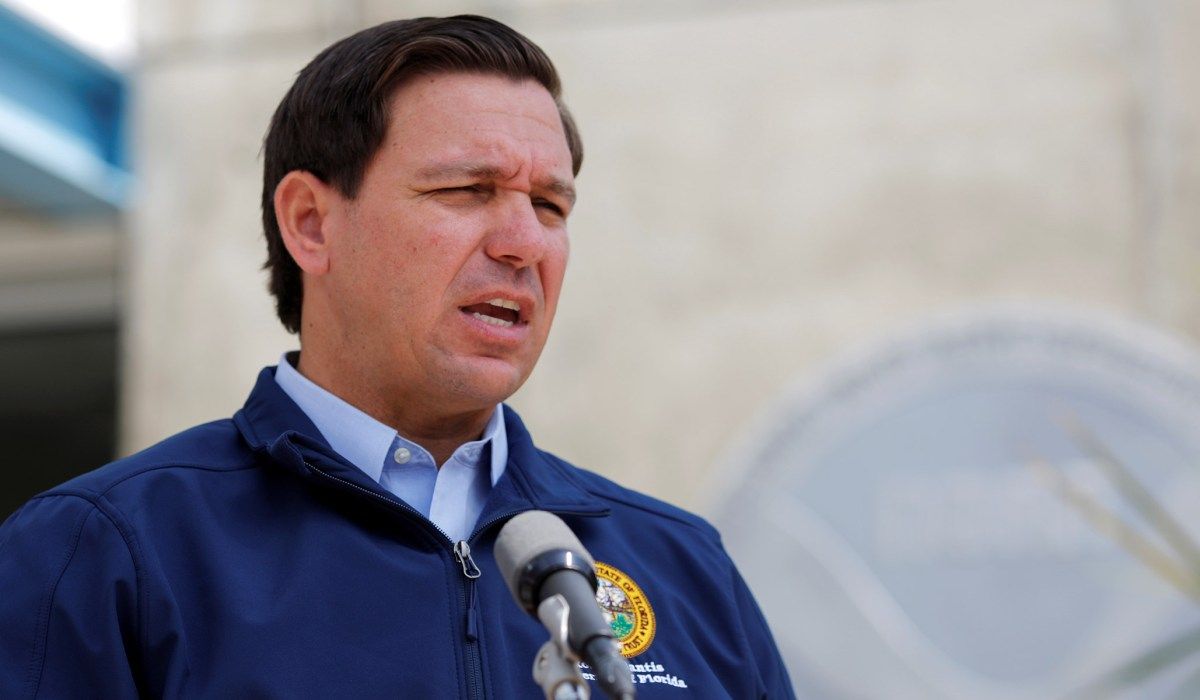 Gov. Ron DeSantis, who was inspired to serve in the military in the wake of 9/11, has not been shy in condemning the haphazard American exit from Afghanistan.

In remarks made Saturday in Lakeland, the Republican Governor expanded on previously established critiques. Specifically, DeSantis castigated the “Beltway clique”: the “in-group” elites who lurched into what became a 20-year American adventure in the land often called the “graveyard of empires.”

DeSantis, speaking at the opening of a monoclonal antibody site, said the policy failures ran deep in D.C.

“After 20 years, there’s been a lot of failures on the political front. And there’s no accountability that I’ve seen. Has a single person tendered their resignation as a result of this? Has anyone been fired? Have we seen anything?”

“It just seems like with our national government, if you’re part of the Beltway clique, you won’t have any consequences. As long as you’re part of the in group, you can fail upwards and keep failing upwards. I think there needs to be some accountability for this,” DeSantis said, describing the departure as “humiliating for our country” and a “gut punch for our veterans.”

DeSantis, who served in Iraq, contrasted the efforts of those who fought the war to those who planned it from afar. He noted that for some families, the sacrifice was generational.

“There are some people who have served, and their kids have served. So there’s been a lot of blood and effort and tears and toil put over there and I understand, you can’t stay there forever, we need to re-deploy. But you have to do that by protecting the Americans that are there first and foremost,” DeSantis said.

Regarding the “thousands and thousands of Americans” trapped behind Taliban lines in hostile Kabul, DeSantis has nothing but apprehension about their fate.

“I fear that the worst is yet to come,” DeSantis said, describing the exit operation as “disgraceful” and inconsistent with the sacrifice of veterans themselves.

Expect DeSantis to continue hammering President Joe Biden over the Afghanistan denouement, as it has been a running theme in comments.

“The President’s not focusing. He’s not focusing on those American lives. And it’s just humiliating as an American to see what’s going on, particularly with all the people who worked and sacrificed over there,” DeSantis said Friday in Fort Walton Beach.

The Biden administration is considering calling on U.S. commercial airlines to provide planes and crews to assist in transporting Afghan refugees once they are evacuated from their country by military aircraft. Under the voluntary Civil Reserve Air Fleet program, civilian airlines add to military aircraft capability during a crisis related to national defense. That program was born in the wake of the Berlin airlift.

The U.S. Transportation Command said Saturday it had issued a warning order to U.S. carriers Friday night on the possible activation of the program. If called upon, commercial airlines would transport evacuees from way stations outside Afghanistan to another country or from Virginia’s Dulles International Airport to U.S. military bases.

The Governor addressed Afghanistan previously this week, charging Biden at another press conference with a “lack of leadership.” The comments to Florida media, predictably, revisited themes rehearsed earlier in the week for a national television audience on Fox News’ Hannity show Wednesday night.

previousThe Bridgerton effect and how a British drama helped me decide who to support for St. Pete Mayor