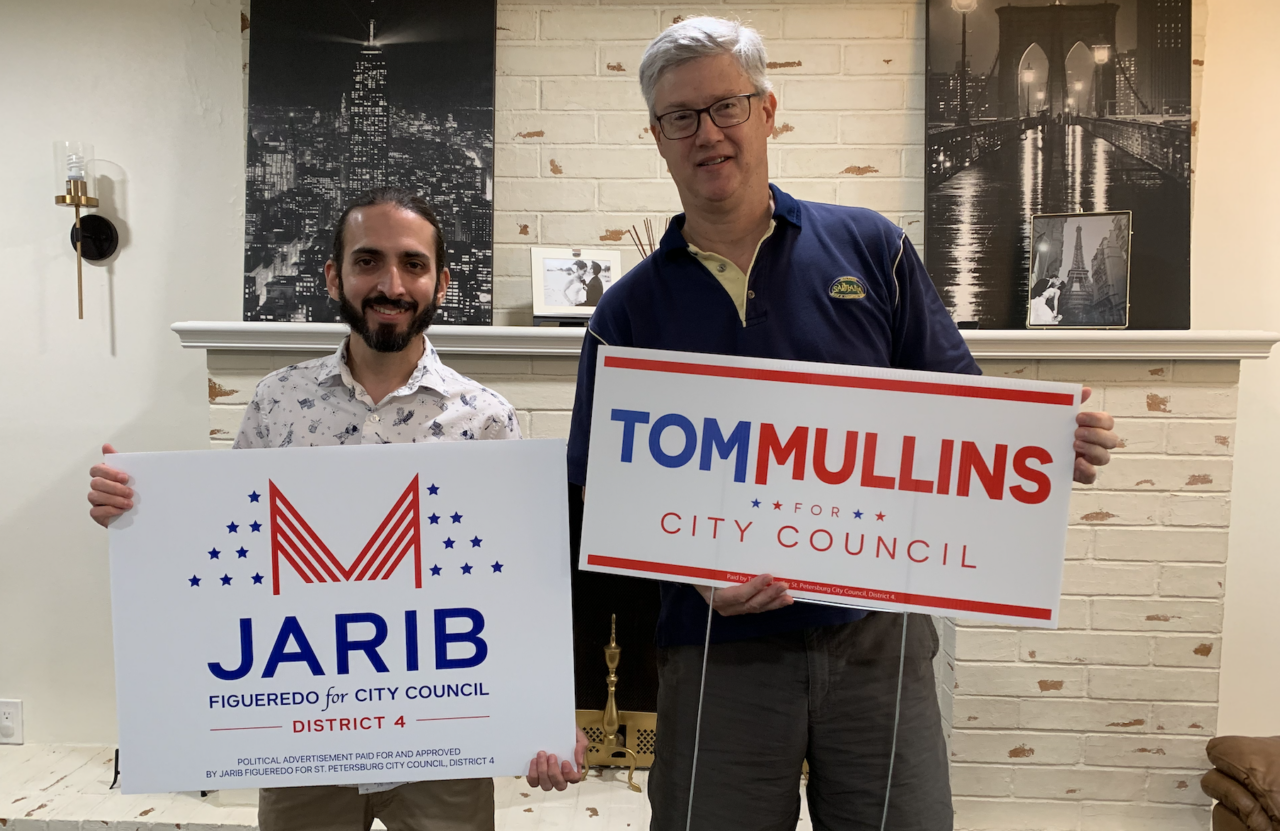 That puts Figueredo's nearly 850 votes in play for Mullins.

Jarib Figueredo, a local business executive and tech entrepreneur, finished fourth in last week’s five-way Primary Election for the seat and encouraged his supporters to throw their weight behind Mullins.

“Tom has put out detailed policy ideas that will keep St. Pete moving forward,” Figueredo said. “We both believe a favorable climate for businesses is essential for creating great paying jobs and offering more economic freedom for our communities. As a fellow business executive, I recognize Tom’s sharp acumen for common-sense solutions, and I am proud to support his campaign for City Council.”

Figueredo’s endorsement is a big deal as voters often look for their candidate’s preferred second choice. He received 849 votes in Tuesday’s Primary, lending Mullins a sizable pool of voters to expand his second-place finish.

Mullins, who earned 1,578 votes in the Primary, finished second behind Lisset Hanewicz, who received 2,879 votes.

Figueredo’s nod isn’t necessarily surprising. While the race is nonpartisan, both Mullins and Figueredo ran on more conservative platforms, while Hanewicz occupied the progressive lane.

Figueredo grew up in Cuba under the Fidel Castro regime, where he and his family suffered under communist rule. He emigrated to the U.S. in 2006.

“I am honored to receive Jarib’s endorsement,” Mullins said. “And I was not surprised by his strong showing in the Primary Election. I look forward to working with business leaders like him on the City Council.”

Last-place finisher Doug O’Dowd has yet to endorse in the race.

Mullins leads the firm’s investment banking practice for the transport and infrastructure industries, where he has developed expertise in the environmental service and transport sectors.

After emigrating to the U.S., Figueredo graduated as a surgical technician, later working his way up the corporate ladder at Ceridian in St. Pete. He later left to start his own payroll software business.

The General Election is Nov. 2 and will be open to voters citywide. The district covers parts of Northeast St. Petersburg.

Rice is leaving office due to term limits after finishing third in her bid for Mayor.