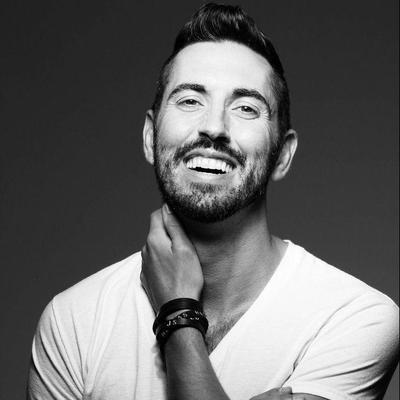 Accusations of racism have followed Clowdus to Florida.

Brian Clowdus posted his best fundraising month yet in the race for Bay County’s House District 6. But the former Atlanta theater pioneer is still leagues behind County Commissioner Philip “Griff” Griffitts in the GOP Primary that will likely determine who succeeds Rep. Jay Trumbull.

Clowdus raised nearly $7,000 in August, according to finance reports from Friday. After spending cash on marketing and events throughout the month, he’s left with just over $8,000 in the bank as of the end of the month.

Since launching his campaign in April, Clowdus, who promises to “shake things up in Bay County,” has raised nearly $19,000.

Meanwhile, Griffitts raised $9,300 last month, putting him at more than $119,000 raised in total and more than $117,000 on hand. He has received donations and support from elected Republicans, including Trumbull, who is term limited.

Griffitts’ contribution patterns match his establishment ties. He received 25 donations in August, none smaller than $100. Three of those, worth $2,500, come from the political committees of medical groups with HCA Healthcare and the Florida Osteopathic Medical Association.

By contrast, Clowdus, whose rise to prominence as the founder and artistic director of Atlanta’s Serenbe Playhouse has been marred by accusations of racism, received 78 donations last month, 59 of which are smaller than $100.

Since becoming politically active last year, Clowdus has been tied to the MAGA movement, which also plays out in his donations. Apart from the nearly $6,000 donations that came from Florida, he received funds from 18 people in 14 other states and from as far west as California and Oregon.

While August was still a modest month for Clowdus, he looks to be ramping up his campaign. Longtime Trump ally Roger Stone, who recently endorsed Clowdus, appeared at his official kickoff last month.

Part of Clowdus’ recent spending included an ad released on Tuesday in which he called himself a “patriot for the people.”

“Remember what he taught us. Politics are best when they’re fun, and a little irreverent,” Clowdus says in the ad.

Since moving and getting to meet Bay County residents, Clowdus said he has heard a pattern of complaints of “corrupt career politicians, people born into politics, buying their way into politics and creating self-serving policy for themselves, their families and their friends.”

The 2-minute-45-second ad doesn’t mention Griffitts by name, but he has been the pick of local elected Republicans. He has earned the endorsements of Panama City Mayor Greg Brudnicki and others, while his donor sheet includes the likes of Trumbull and Sen. George Gainer, also a Panama City Republican. He has also earned the nods of Florida CFO Jimmy Patronis, who hails from Bay County, and U.S. Rep. Neal Dunn, of Panama City, who described the endorsement as “wholehearted” when he announced it earlier this month.

Griffitts and his brother are co-owners of a home construction business after recently completing a successful sale of their hotel and hospitality business based in Panama City Beach. Griffitts’ father, Philip Griffitts Sr., was the city’s Mayor from 1982 to 2000. He died late last year after a COVID-19 infection.

Professionally, Clowdus runs an entertainment company, Brian Clowdus Experiences, which bills itself as taking “reimagined shows to the next level through innovative techniques coupled with picture-perfect settings like hosting a musical production of “The Legend of Sleepy Hollow” in a historic town, staging “The Sound of Music” on the side of a mountain and “Mamma Mia” on a beach.”

The buzz and attention around his prior theater turned negative in 2020, as a number of theater professionals came forward with accusations against Clowdus and his team. Black actors came forward with concerns White wardrobing staff inappropriately dressed their characters like slaves. Stories emerged of actors adding extra n-words to the script of “Ragtime.”

In May, Clowdus told Florida Politics he feels frustrated by insinuations made in art blogs, and especially the timing of complaints, which came amid the Black Lives Matter protests.

“The allegations are completely not true. Even at face value, they are based on feelings and not facts,” he said. “The funny thing is a lot of people worked for me for years and years and years, and nobody said anything until I left Atlanta. I left almost two years ago and everybody loved me until I left.”

No Democrat has yet filed to run in HD 6, meaning whoever wins the Republican primary — now less than a year away — would succeed Trumbull. Trumbull has served in the House since 2014 and is currently chair of the Appropriations Committee.

The district covers coastal Bay County, including Panama City, Panama City Beach, Lynn Haven and Mexico Beach. The district lines will shift ahead of the 2022 election because of the once-per-decade reapportionment process, but Republicans have consistently dominated in the Panhandle region.

The Good ole boys don’t want you to see this.