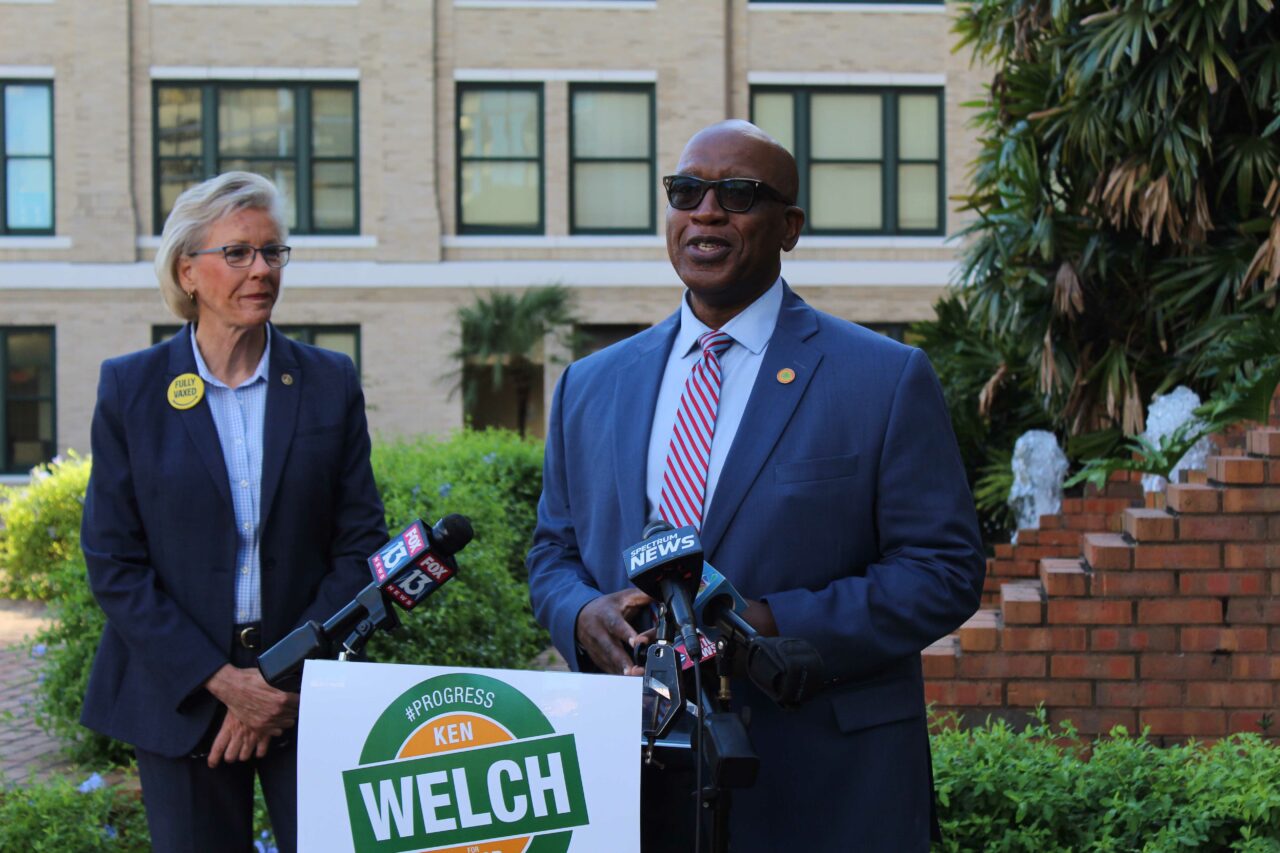 The endorsement signals a continued commitment to regionalism if Welch is elected.

“Tampa Bay is at an inflection point,” Castor said. “Now, more than ever, it’s imperative that St. Pete elect a partner in progress, a proven inclusive leader, and a person whose deep roots uniquely position him to take St. Pete into the next great chapter of their city.”

The endorsement adds stronger regional appeal to Welch’s campaign. Castor’s leadership in Tampa landed her the No. 2 spot on the list of Tampa Bay’s most powerful politicians in 2021.

And, in an area dominated by regional collaboration, the endorsement may be reassuring to voters that Welch has a strong relationship with the Mayor of the largest city in Tampa Bay.

“The success of Tampa Bay is dependent on both the City of St. Pete and the City of Tampa working together and building relationships to ensure that everyone gets to share in the successes of our great region,” Castor said. “I look forward to working with Ken on regional collaboration to ensure smart growth, a clean and sustainable water supply, and infrastructure investments that benefit Tampa Bay residents for generations.”

Castor was elected Mayor in 2019, becoming the city’s first openly gay leader. She has a history of breaking barriers, previously serving as Tampa’s first female Chief of Police.

“Mayor Jane Castor is a lifelong dedicated public servant — she has worked for decades to make our neighborhoods safer and to make Tampa Bay an inclusive and welcoming community for everyone. She is a true partner in progress,” Welch said. “I’m proud to have her support and with it, we will work to take our region to the next level and build inclusive progress for the next generation of Tampa Bay residents and visitors alike.”

Regionalism is a relatively new feat in the Tampa Bay area. Current Mayor Rick Kriseman first began building a regional coalition with former Tampa Mayor Bob Buckhorn during Kriseman’s first term in office. Prior to that, the two cities served in more competitive roles with one another, jockeying for significance as the region’s two largest cities. While there is still some competition — both cities would like to see the Tampa Bay Rays build a new stadium in their areas, for example — collaboration is at an all-time high, with joint partnerships on things like attempting to attract an Amazon headquarters to the region, an effort that was ultimately unsuccessful, but showcased the two cities as cohesive neighbors.

Castor’s endorsement suggests that collaboration would continue under Welch’s leadership, if elected.

Welch faces City Council member Robert Blackmon in the Nov. 2 General Election after finishing first in a crowded field in the Aug. 24 Primary Election. He’s running to replace Kriseman, who is leaving office due to term limits and has endorsed Welch as his successor. Buckhorn has also offered his support.

“I know what it takes to be and effective Mayor, and there is nobody better prepared than Ken Welch,” Buckhorn previously said. “Building on the success of Mayor Kriseman, Ken Welch is the only candidate in this race that values regional relationships and is prepared to write St. Petersburg’s next chapter.”

The General Election is open to voters citywide.

previousSunburn — The morning read of what’s hot in Florida politics — 9.15.21