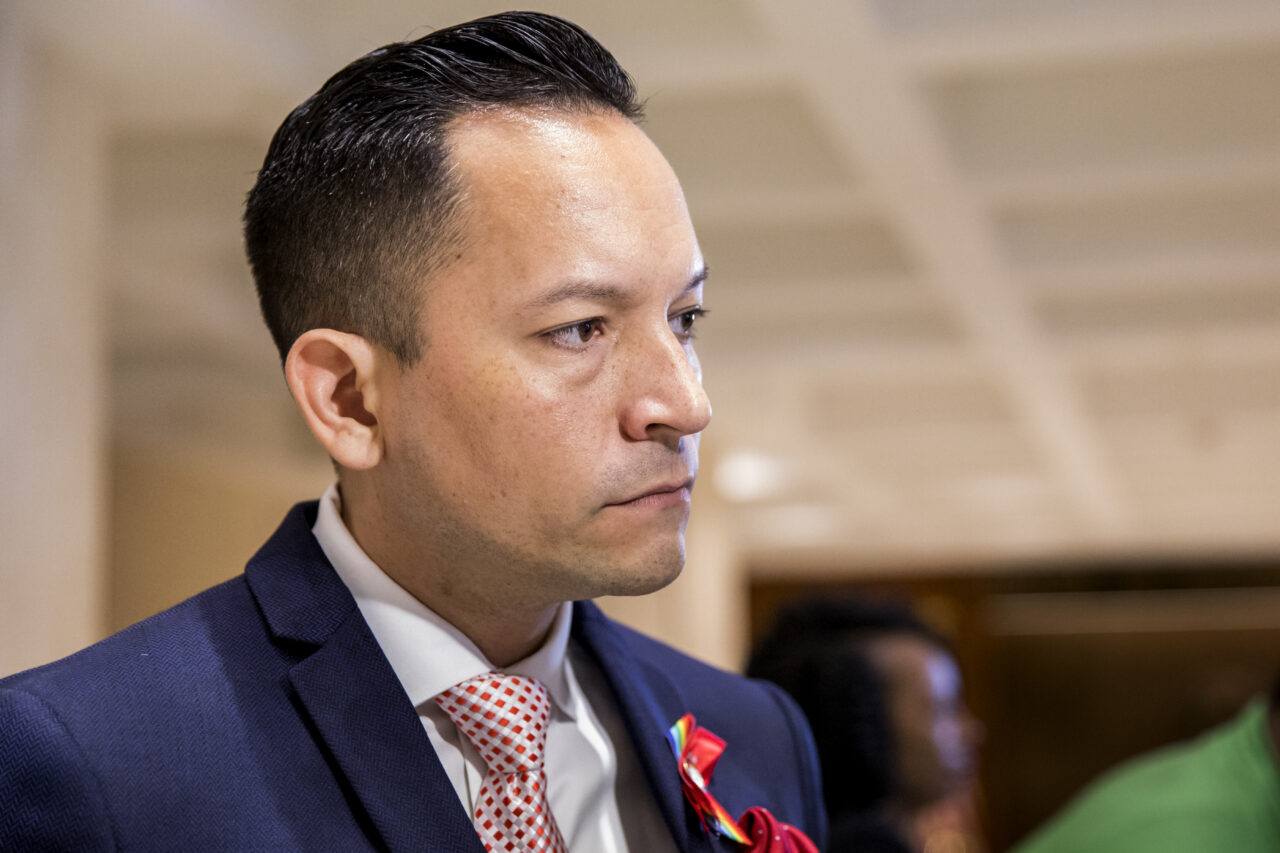 The same judge who temporarily invalidated Gov. DeSantis’ ban on school mask rules will decide if they join.

They jointly referred to themselves as the “News Media” in the motion.

“The legal issues raised by this litigation mirror those confronted by the News Media in seeking similar public records information from the Defendants that Plaintiffs seek here,” the motion said.

Gov. Ron DeSantis’ administration and FDOH objected to the motion; however, the final decision will be up to Judge John Cooper of the 2nd Judicial Circuit, who was assigned to preside over the case Aug. 31.

Cooper is the same judge who invalidated DeSantis’ ban on school mask rules on Sept. 3, a move that a three-judge panel reversed last week. He’s set to decide whether to honor the motion at a 4 p.m. pretrial hearing Monday.

Smith called Wednesday’s filing “a very welcome development” in the suit, which he filed alongside the nonpartisan Florida Center for Government Accountability (FLGCA) last month.

FLGCA lawyers Andrea Mogensen, Victor Chapman and Steven Ruta filed the suit in Leon County. Mogensen is named on court records as the attorney for the plaintiffs.

“Every Floridian has a constitutional right to public records, specifically as it relates to COVID-19 data, and that includes members of the press and the media,” Smith told Florida Politics. “The DeSantis administration consistently refuses to release public records related to public health data and COVID-19, and unfortunately, they have a history of not releasing COVID-19 public health data until they’re sued.”

Smith sent the Orange County Health Department a public records request on July 23. The information he requested would not have identified anyone, but it “would illustrate the larger impacts of the virus on Orange County — including the ages, sex, ethnic and racial demographics of those with confirmed cases of the virus, and vaccination rates for the county,” his office said.

The state Health Department denied the request on Aug. 16, citing state rules exempting “confidential” information concerning research of a disease with public health significance from public disclosure. The statutes in question say information from epidemiological research may be “made public only when necessary to the public health.”

FLGCA had previously asked for COVID-19 data for all 67 counties and was similarly denied.

Florida suffered record-high death counts in August, the worst period of mortality since the pandemic struck in March 2020. On a possibly related note, DeSantis’ office announced that Rivkees will exit the administration this month.

This week, county-level COVID-19 death reports became publicly available for the first time in more than three months on the Centers for Disease Control and Prevention website.

“The state has a history and a pattern of only releasing public records after they’ve been sued,” he said, adding that the information FDOH provided to the CDC remains incomplete. “We requested detailed breakdowns in Orange County in particular of COVID-19 cases of hospitalizations, deaths and vaccinations broken down by age, and this is only part of what we asked for.”

The lawsuit isn’t punitive. Rather, it seeks injunctive relief to force the state to resume daily dashboard reporting as it did on weekdays for roughly a year before it went dark in June.

“That will avoid more people being denied public records,” Smith said. “And obviously, it will do a huge public service to the state of Florida, to have access to real-time information we haven’t had for months.”

The nonprofit Associated Press is among the most respected, trusted and broadly shared news outlets in the world, as are The New York Times and the WP Company-published Washington Post.

Gannett Co. is the largest local newspaper company in the nation, with periodicals including USA Today and more than 20 media properties in Florida.

The Sun-Sentinel Company puts out the South Florida Sun-Sentinel, including a website and the largest-circulation newspaper across Miami-Dade, Broward and Palm Beach counties.

Florida Politics reached out to DeSantis press secretary Christina Pushaw and state Communications Director Taryn Fenske, but did not respond by press time.

nextSunburn — The morning read of what’s hot in Florida politics — 9.16.21