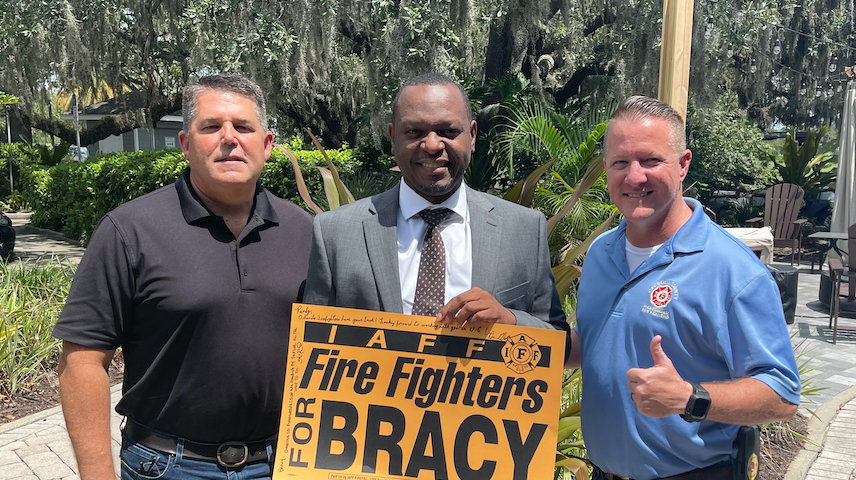 The first labor endorsement goes to Bracy in a crowded race for CD 10.

Democratic Sen. Randolph Bracy has backing from the international firefighters union in his campaign to win the seat opening up to represent Florida’s 10th Congressional District.

Bracy announced he has received the support of both the national International Association of Fire Fighters and one of the local chapters in Central Florida, Osceola County Professional Fire Fighters Local 3284.

They are the first union blessings to emerge in what has become a crowded battle to replace U.S. Rep. Val Demings, who is running for the U.S. Senate, rather than for reelection, and could signal how labor may stack up in the coming 2022 elections.

“While financial assistance is important, the support of your local fire fighters is even more so,” IAFF General President Edward A. Kelly wrote Bracy.

That support has come from at least Local 3284, though Osceola County is not currently within CD 10.

“We feel that you represent not only the best interests of this district but also represent our views for the future of the fire service in this great Country,” Local 3284 President Adam Seithel wrote to Bracy. “We appreciate your commitment to improving the lives and safety of our members.”

Bracy first acknowledged the backing in a tweet earlier this month, when he declared, “I’m grateful to have just received the endorsement of the firefighters for my candidacy for Congress. Thankful to the firefighters and all of the workers for all the work that you do every day.”

nextMedical board to hold in-person meetings in October