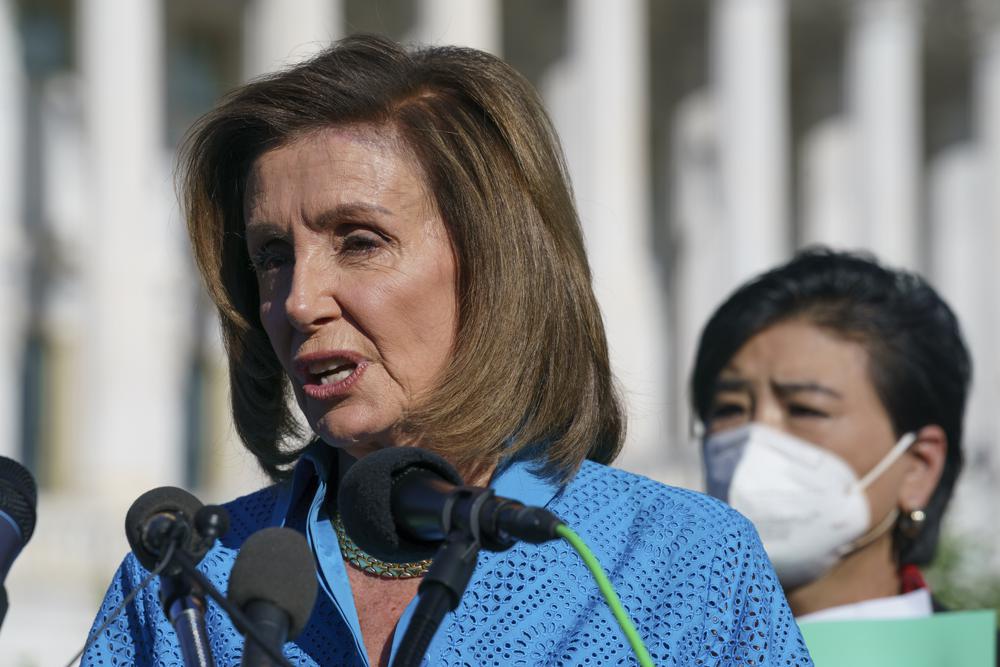 House leaders have put off a vote o the budget until Thursday.

It’s a consequential week for President Joe Biden’s agenda, as Democratic leaders delicately trim back his $3.5 trillion “Build Back Better” package to win over remaining lawmakers and work to quickly pass legislation to avoid a federal shutdown.

An expected Monday vote on a related $1 trillion bipartisan infrastructure package is now postponed until Thursday, amid ongoing negotiations. More immediately, the Senate has a test vote set Monday to keep the government funded and avert a federal debt default before Thursday’s fiscal year-end deadline. That package stands to run into a blockade by Republican senators — all but ensuring lawmakers will have to try again later in the week.

All this while Biden’s domestic agenda hangs in the balance, at risk of collapse and political fallout if he and Democratic leaders cannot pull their party together to deliver what could be a signature piece of legislation and the biggest overhaul of the nation’s tax and spending priorities in decades. Over the weekend, Biden personally spoke with lawmakers on the path forward, according to a White House official who requested anonymity to discuss the private conversations.

Biden, Pelosi and Senate Majority Leader Chuck Schumer are deep into negotiations over the President’s broader proposal, which is being chiseled back to win over key senators and a few House lawmakers who have so far refused the $3.5 trillion price tag and the tax increases on corporations and the wealthy to pay for it.

Behind-the-scenes talks churned, allowing for needed breathing room after Monday’s anticipated vote on the companion $1 trillion public works measure was postponed. The two bills are related, and centrists and progressive factions are at odds at prioritizing one ahead of the other. Pelosi announced the Thursday vote in a letter late Sunday evening to colleagues, noting it’s also a deadline for related transportation programs in the infrastructure bill.

Rep. Josh Gottheimer, a New Jersey Democrat who led a group of House moderates in a securing a vote on the slimmer infrastructure bill, said earlier Sunday he wouldn’t be bothered by a slight delay. He was optimistic both pieces of legislation could be resolved this week.

The more difficult action now lies in the Senate, as Democrats are under pressure to amass the votes for Biden’s big package. It would provide an expansion of existing health, education and child care programs for Americans young and old, alongside new federal efforts to curb climate change.

Republicans are lockstep opposed to Biden’s proposal, which would be paid for by increasing the corporate tax rate, from 21% to 26.5% on businesses earning more than $5 million a year, and raising the top rate on individuals from 37% to 39.6% for those earning more than $400,000 a year, or $450,000 for couples.

Two Democratic holdouts, Sens. Joe Manchin of West Virginia and Kyrsten Sinema of Arizona, also have said they won’t support a bill of that size. Manchin has previously proposed spending of $1 trillion to $1.5 trillion.

Asked Sunday on ABC if she agrees the final number on the so-called reconciliation bill will be “somewhat smaller” than $3.5 trillion, Pelosi responded: “That seems self-evident.”

“We’ll see how the number comes down and what we need,” she added. “I think even those who want a smaller number, support the vision of the president, and this is really transformative.”

Her comments reflected the enormous stakes for the coming week, one that could define the Biden presidency and shape the political contours of next year’s midterm elections.

For Pelosi and Schumer, two veteran political leaders, it is the job of their careers.

While progressives say they have already compromised enough on Biden’s big bill, having come down from a bill they originally envisioned at $6 trillion, some are also acknowledging the more potential changes.

“If somebody wants to take something out, we need to hear what that is,” she said.

The House Budget Committee on Saturday advanced a first version of the $3.5 trillion, 10-year bill, though one Democrat voted “no,” illustrating the challenges party leaders face.

Pelosi suggested that House-Senate agreement could be reached this week, depending on rulings from the Senate parliamentarian on what provisions could be included.

The overall bill embodies the crux of Biden’s top domestic goals, with billions for rebuilding infrastructure, tackling climate change and expanding or introducing a range of services, from free prekindergarten and to child tax breaks to dental, vision and hearing aid care for older Americans.

While Democrats are largely in agreement on Biden’s vision — many ran their campaigns on the longstanding party priorities — stubborn disputes remain. Among them are splits over which initiatives should be reshaped, including how to push toward cleaner energy or to lower prescription drug costs.

Republicans say the proposal isn’t needed and can’t be afforded given accumulated federal debt exceeding $28 trillion. They also argue that it reflects Democrats’ drive to insert government into people’s lives.

Gottheimer spoke to CNN’s “State of the Union” and Jayapal appeared on CBS’ “Face the Nation.”

nextSunburn — The morning read of what’s hot in Florida politics — 9.27.21