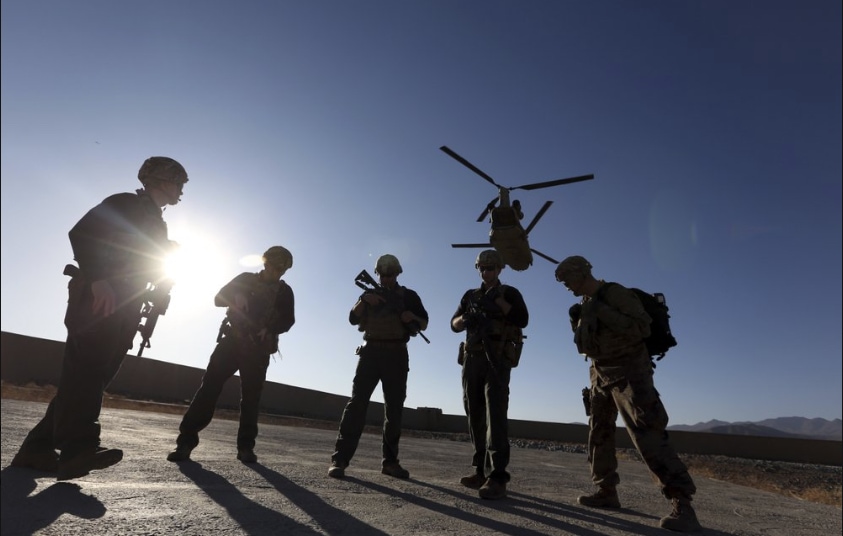 A new proposal would prohibit the federal government’s 'unconstitutional' usage of the Florida Guard.

State lawmakers are hatching plans to bolster the ranks of Florida’s woefully staffed National Guard, suggesting they may send a letter to Congress or pass a memorial urging Washington to act, among other options.

Florida’s disproportionate ratio of Guard members to citizens is decades in the making. Over the last 30 years, the population of Florida doubled while Guard numbers declined. According to a document shared with lawmakers, Florida ranks second to last in the Guard members-to-Citizen ratio with roughly 12,000 troops. That number, Florida’s top general contends, should hover upward of 20,000.

“It’s a significant challenge for our Governor to be able to have forces at his disposal on Florida’s worst day,” Adjutant Gen. James Eifert told lawmakers on Oct. 12.

The issue of troop numbers, however, is a federal prerogative determined by the federal National Guard Bureau and the National Defense Authorization Act. The Guard Bureau, Eifert said, uses an algorithm he contends is outdated and ineffectual.

“It’s really time do something about it. … We are really going to have to try to push a movement,” said Committee Chairman Tom Wright.

Notably, this isn’t Florida’s first cry for help. Beyond Eifert, members of Florida’s congressional delegation, and even Gov. Ron DeSantis, have shared their concerns with Washington officials.

In it, they note the challenges facing the Florida National Guard because of its limited force size. The letter cites concerns about recruitment and retention, as well as mission capacity limits.

In June, DeSantis echoed the concerns of Eifert and congressional members to National Guard Bureau Chief Gen. Daniel Hokanson. In a letter, he called for Florida’s “fair share” of force allocation and described the state as “significantly underrepresented.” DeSantis, a Navy veteran, said the changes are “long overdue.”

Meanwhile, two lawmakers are proposing measures that would limit the federal government’s usage of the Florida Guard.

The bills, sponsored by Republican Rep. Melony Bell and Democratic Sen. Jason Pizzo, would prohibit the Florida Guard’s deployment into “active duty combat” without a congressional declaration of war. Congress, the measures note, has not officially declared a war in over 70 years.

The proposals (SB 422 and HB 261) repeatedly cite the Founding Fathers and their intention to reserve the nation’s war powers with Congress.

James Madison, known as the Father of the Constitution, warned the Executive Branch is “most interested in war and most prone to it,” the bill notes.

Thomas Jefferson, author of the Declaration of Independence, described Congress’ power to let “loose” the ‘Dog of War’ as an “effectual check,” the bills add.

“When such unconstitutional actions are taken by the Federal Government, it is the proper role of the states to take action to remedy such situations,” the bills say.

Pizzo’s Senate proposal is slated for three committee stops. Members of the Military and Veterans Affairs, Space and Domestic Security Committee will first hear the bill. That will be followed by stops in Judiciary and Rules. The House measure, meanwhile, awaits referrals.

If passed, the proposals would take effect upon the Governor’s signature.

previousTampa mom pulls kids from school over masks, sues so they can still play sports