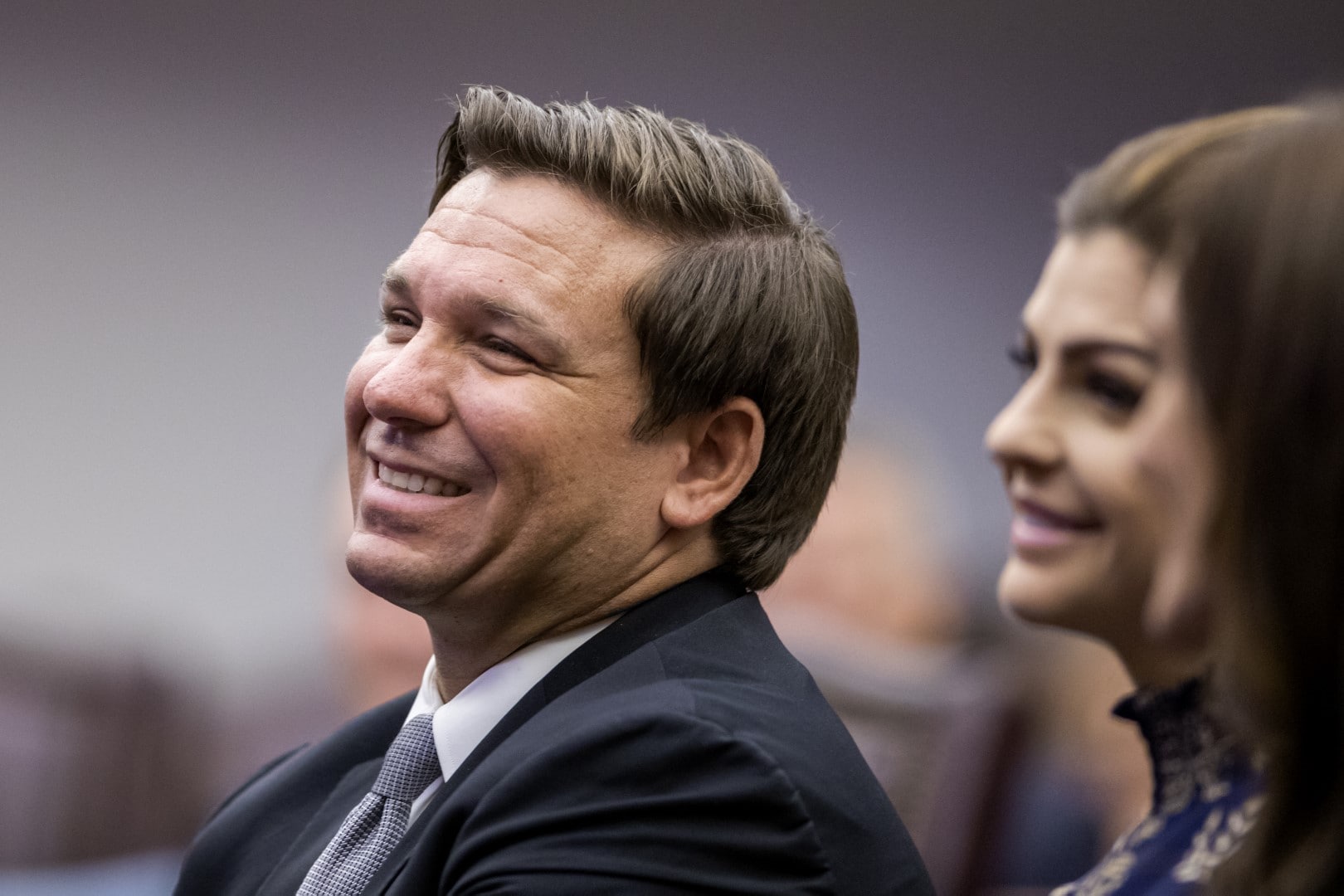 'Certainly she's the centerpiece of our family.'

Amid an outpouring of support for First Lady Casey DeSantis, Gov. Ron DeSantis is calling her message inspirational.

The Governor’s Office announced the First Lady’s breast cancer diagnosis earlier this month. On Saturday, Casey DeSantis made her first public appearance since the announcement, joining the Governor on stage at the Hernando County Republican Party Lincoln-Reagan Day Dinner to thank supporters for their prayers and well wishes.

“I think there’s a lot that we can be upset about, that we can be sad about — the direction of our country, the future of our nation, our families, our communities, our safety, our children, their education, their futures, our health and our well-being,” the First Lady said. “But I’ll tell you one thing is for sure, I’m sure as hell not giving up.”

Speaking again in Hernando County on Monday, Ron DeSantis called it an inspirational message and moment. Her fight inspires him, too, he added.

“I provide all the support I can, and we have so many great family and friends that have been supportive,” he said. “But I think her attitude is, she’s just not going to be denied.”

Casey, 41, is an Emmy Award winning TV host. The DeSantises married in 2010 and have three children, Madison, Mason and Mamie. Casey gave birth to Mamie in March 2020. Madison, the eldest, is 4 while Mason is 3.

The Governor noted a particular outpouring of support from others diagnosed with breast cancer. Many of those diagnosed are mothers.

Mothers being afflicted with cancer rocks families’ foundations, he added.

The DeSantises have been hush about the details of the First Lady’s diagnosis. When asked specifically Monday about what stage and what type of breast cancer she had, the Governor avoided revealing those specifics.

Casey DeSantis, of Troy, Ohio, was a Jacksonville-area television host before her husband’s ascension in politics. That included working for the PGA Tour as a producer and on-air host.

The First Lady has been an advocate for mental health awareness, particularly during the COVID-19 pandemic. In February, she unveiled a campaign to improve mental resiliency in children that would go on to feature people including Super Bowl-winning Tampa Bay Buccaneers quarterback Tom Brady.

She has also spearheaded initiatives such as Hope for Healing, which she launched in May 2019 to address mental illness and substance abuse with an emphasis on children, veterans and first responders.

However, she has started stepping back from some initiatives. The Governor on Friday appointed new Surgeon General Dr. Joseph Ladapo as chair of the Florida Children and Youth Cabinet, replacing Casey DeSantis. However, the DeSantises have made clear the First Lady plans to return to her public duties.

“She’s gonna be back better than ever,” the Governor said. “I don’t know when, but I know it’s going to happen.”