Florida immigrants and their future in the U.S. are in constant jeopardy. 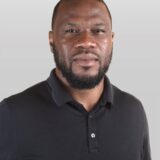 Earlier this year — on the ninth anniversary of the Deferred Action for Childhood Arrivals (DACA) program — I wrote about the urgent need for Congress to provide protections for the Sunshine State’s Dreamers and all undocumented individuals. That was four months ago, and while promises of reform have been made, Florida’s immigrants and the communities and individuals that rely on them are still awaiting action.

Congress has a once-in-a-generation opportunity to finally provide these critical reforms and should take advantage of this legislative moment in Washington. Everyday Americans have the opportunity to show their support for Dreamers, too, and help push these reforms to the finish line.

Florida is a beautifully diverse place, thanks in large part to more than 4.5 million immigrants who call Florida home.

As the proud son of Bahamian immigrants, I have seen firsthand the liveliness and richness that’s added when we expand our horizons. My parents moved to the United States in the mid-70s, to pursue my father’s dream of becoming the next Marvin Gaye, and my mother’s dream of being a professional working woman.

We settled in Miami in 1980 and moved to South Miami several years later. My neighborhood, like many Miami neighborhoods, was a collection of people from all over the Caribbean and South America. My village raised me, and my appreciation for our immigrant community not only stems from my experience, but witnessing firsthand the contributions that we made to the City of Miami.

From the Bahamian immigrants that helped charter the City of Miami, to the Haitian and Cuban immigrants that have carved out their own piece of the American dream, Miami is a city of immigrants. From Calle Ocho to the Goombay Festival and “Doralzuela,” immigrants who come here from all over the world enrich Florida’s culture beyond measure.

There’s not a single leader in any South Florida industry that does not have an immigrant story of their own.

The contributions of Florida immigrants also extend to our economy, which gains more than $33 billion in annual taxes in annual taxes from immigrants. Now, as we continue to build back from the devastation of the COVID-19 pandemic, immigrants are playing a vital role in our workforce. Immigrants make up one in four of Florida’s workers, and they fill roles in key industries that are in desperate need of support. For example, 60% of crop production workers in Florida are immigrants, and there are 390,000 undocumented Florida immigrants working in essential occupations.

Unfortunately, despite these benefits, Florida immigrants and their future in the U.S. are in constant jeopardy. Florida’s DACA recipients and Dreamers have faced continued hurdles after a federal judge ordered the program to be terminated earlier this year. To enhance the program, the Joe Biden administration and Department of Homeland Security issued a Notice of Proposed Rulemaking for DACA.

I encourage my fellow Floridians to comment in support of the program and the more than 22,000 Floridian Dreamers it protects.

However, these protections would still remain temporary and limited until Congress provides long-overdue immigration reform.

Thankfully, Congress has the opportunity to do something. While the Senate parliamentarian’s denial of an initial proposal to include immigration reform in the reconciliation package was disheartening, congressional Democrats remain committed to enacting reform and are set to put forth alternate proposals before the Senate parliamentarian that would provide much-needed relief.

Lawmakers must recognize that real people’s livelihoods are at risk and focus on protection rather than persecution. If Congress is on the sidelines of this issue, immigrants will never get their much-needed security, and we will all suffer the consequences. Our state would feel the palpable loss of the immigrant community economically, culturally, and practically.

If our lawmakers truly want what’s best for Florida, they will come together in good faith and craft solutions that protect immigrants and strengthen our state’s economic future. I thank Reps. Darren Soto, Stephanie Murphy, Ted Deutch, and Val Demings for continuing to fight for these reforms and encourage all of our congressional representatives to do the same.

nextMore time to choose, more money to educate, could mean more enrollment in Obamacare in 2022