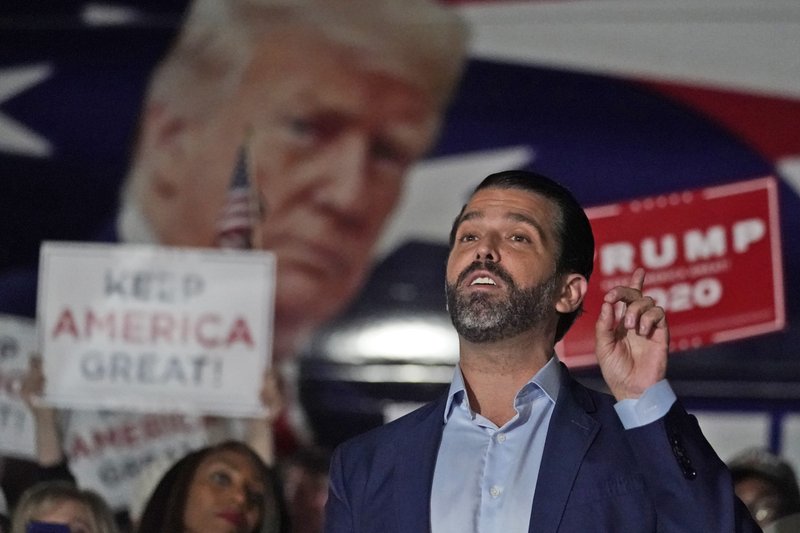 If the father doesn't run, the son may be an option.

Yet another national poll suggests that if Donald Trump doesn’t run again in 2024, then Gov. Ron DeSantis would be the Republican frontrunner.

However, the survey also suggests that Donald Trump, Jr. may also be in serious consideration if his father doesn’t run, with Trump the Younger closing in on his lead.

The latest survey of 450 likely voters from McLaughlin and Associates shows DeSantis is the choice of 25%, but that Trump Jr. is at 20% surveyed.

Trump Jr. is a point closer to DeSantis than he was in an October poll from the same group. That poll showed DeSantis had 24% support and Trump Jr. 18%.

Trump Jr. has been within three points of DeSantis as recently as McLaughlin’s September survey, so at least in this polling universe, there is precedent for the younger Donald Trump running close to DeSantis.

Trump Jr. and DeSantis drew support in aggregate at the expense of other candidates, including former Vice President Mike Pence, down one point from the October poll to 13% here. Pence relinquished his lead in this group’s polling in June, with DeSantis dominant every month since.

U.S. Senator Ted Cruz of Texas drew 7%, the only candidate above 5%.

Marco Rubio, who has not shot down the idea of running again in 2024, was the choice of just 2% surveyed.

And Rick Scott, currently chairing the National Republican Senatorial Committee, was the choice of 0% of those polled.

He had reached 2% in the October polling from this group, which was his best number in the monthly surveys since they started in November 2020. Scott says he’s not running for President. People seem to believe him.

The overall results from the McLaughlin survey accord with a trend that sees DeSantis as the best bet at this point if the former President does not run again.

If the elder Donald Trump were to run, however, he would be the resounding choice of those polled. The former President got 55% in a survey where he was included, with DeSantis drawing just 15% backing. This also accords with a larger trend.

Expect more data to emerge on these questions in the months and years ahead.

DeSantis continues to say he’s not running for President, but he continues to cultivate a national profile and donor base in the way people do before launching a run, which means we will see many more polls tracking how he might do in a 2024 Republican Primary.

nextJacksonville to decide fate of Confederate monuments in 2022