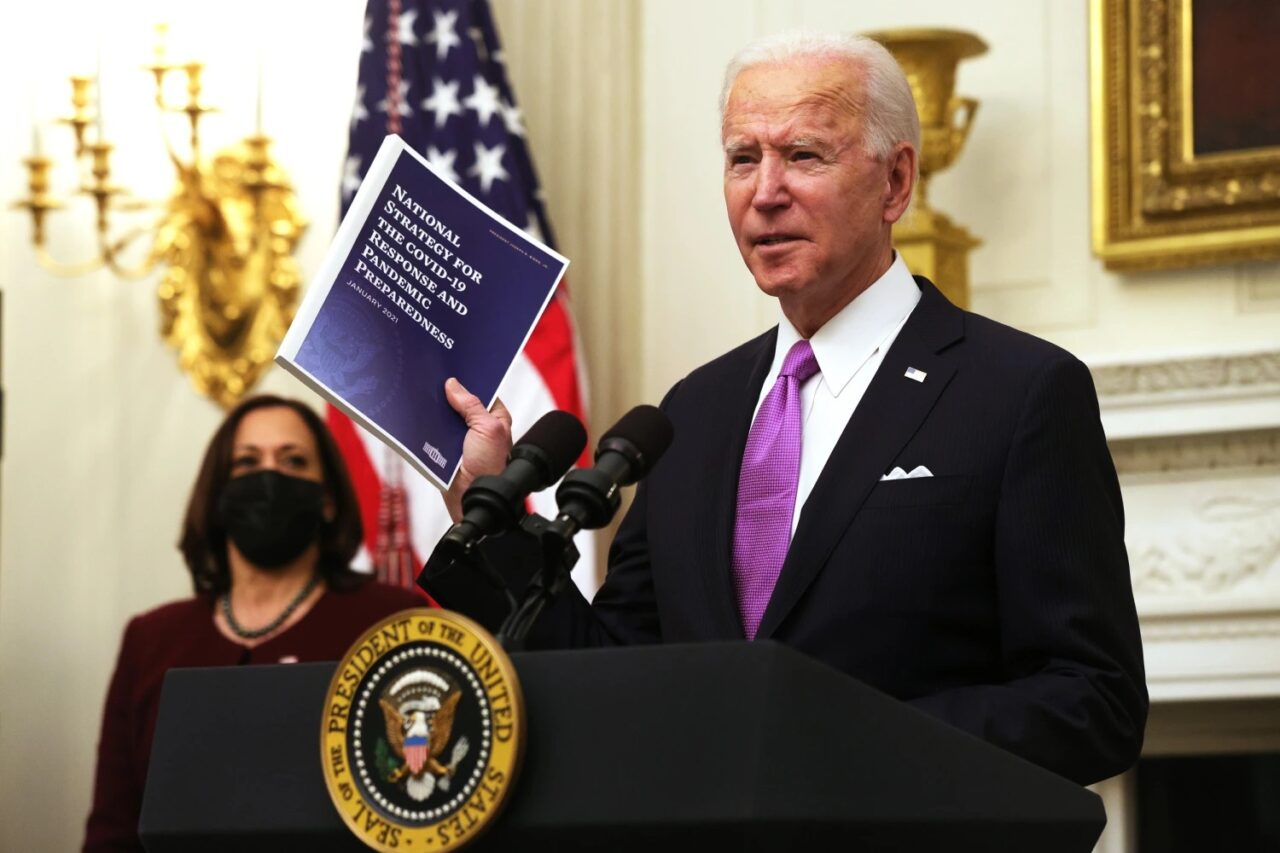 The president plans to deliver a speech on Jan. 6 focused on sustaining democracy.

President Joe Biden has gotten the same troubling questions from worried world leaders, ones that he never thought he would hear.

“Is America going to be all right?” they ask. “What about democracy in America?”

While Biden has tried to offer America’s allies assurances, he has only occasionally emphasized the gravity of the threat to democracy from the Jan. 6 insurrection at the U.S. Capitol and the repeated lie from the man he defeated, Donald Trump, that the 2020 election was stolen. And he’s not discussed the very real concerns about a growing collection of insurrection sympathizers installed in local election posts and changes by Republicans to election laws in several states.

Now, as the anniversary of that deadly day nears, the Democratic president is being urged to reorder priorities and use the powers of his office to push voting rights legislation that its adherents say could be the only effective way to counter the rapidly emerging threats to the democratic process.

The tension in Biden’s approach reflects his balancing of the urgent needs of Americans to make progress on the highly visible issues of the coronavirus pandemic and the economy and the less visible, but equally vital, issue of preserving trust in elections and government.

The president plans to deliver a speech on Jan. 6 focused on sustaining democracy — voting rights won’t be part of the remarks but will be the topic of another speech soon, White House aides said.

In his recent commencement address at South Carolina State University, Biden’s tone on the need for voting rights legislation took on added urgency.

“I’ve never seen anything like the unrelenting assault on the right to vote. Never,” Biden said, adding, “This new sinister combination of voter suppression and election subversion, it’s un-American, it’s undemocratic, and sadly, it is unprecedented since Reconstruction.”

And the world is taking notice. Biden’s national security adviser, Jake Sullivan, also has said that the riot at the Capitol has altered the view many countries have of the United States.

“Jan. 6 has had a material impact on the view of the United States from the rest of the world, I believe from allies and adversaries alike,” Sullivan said recently at the Council on Foreign Relations. “Allies look at it with concern and worry about the future of American democracy. Adversaries look at it, you know, more sort of rubbing their hands together and thinking, How do we take advantage of this in one way or another?”

In contrast, Republicans in numerous states are promoting efforts to influence future elections by installing sympathetic leaders in local election posts and backing for elective office some of those who participated in the insurrection.

White House officials insist Biden’s relative reticence should not be interpreted as complacency with the growing movement to rewrite history surrounding the Jan. 6 riot. Rather, they say, the president believes the most effective way to combat Trump, election denialism and domestic extremism is to prove to the rest of the country — and to the world — that government can work.

“I know progress does not come fast enough. It never has,” Biden said last fall. “The process of governing is frustrating and sometimes dispiriting. But I also know what’s possible if we keep the pressure up, if we never give up, we keep the faith.”

In Biden’s view, many of Trump’s voters didn’t wholly embrace Trumpism. Instead, Trump exploited long-standing dissatisfaction with the nation’s political, economic and social systems to build his coalition.

So Biden tailored his first-year domestic agenda to combating what he believed to be the root causes of the unease — the shaky economy and the pandemic’s drag on it — essentially to prove that government can work effectively.

He has directed federal law enforcement to shore up security at national institutions and improve communication systems and procedures that were in part to blame for U.S. Capitol Police being left overwhelmed for hours during the mob assault.

The Justice Department has undertaken the largest prosecution in its history, charging more than 700 defendants and still looking for more.

But it is voting rights that many Democrats and activists concerned about what may happen in 2022 and beyond are urging the president to make a key priority.

“The insurrection was part of a larger movement to suppress elections and overthrow our democracy,” said Christina Baal, a longtime organizer and the executive director of Public Wise, a group that researches and publishes information on candidates running for office who support the election lies.

Baal said efforts to discredit election integrity not only galvanize Trump supporters, they also make other voters less likely to vote. “We know — we’ve done some research on trust in the system — if voters don’t trust elections, they may not vote. This is part of a larger movement of voter suppression and why it’s so necessary for Biden to speak out.”

The House has approved far-reaching voting rights legislation, but Democratic Sens. Kyrsten Sinema of Arizona and Joe Manchin of West Virginia have been impediments, saying they oppose changing Senate rules to get around a GOP filibuster of the bill.

That legislation would restore the Justice Department’s ability to review changes to election laws in states with a history of discrimination, a provision of the 1965 Voting Rights Act struck down by the U.S. Supreme Court in 2013. According to the Brennan Center, 19 states have recently passed laws making it harder to vote.

Manchin and Sinema have helped draft separate voting rights legislation, but it lacks enough Republican support to overcome the filibuster.

“People are taking sides as opposed to looking at what the institutional threats are to maintaining our democracy,” said Democratic Rep. Peter Welch of Vermont, a candidate to replace Democratic Sen. Patrick Leahy, who announced his retirement.

Welch was at the Capitol on Jan. 6, and the violence that day is etched in his memory.

“The norms that have been the bedrock of our democracy, the free and peaceful transition of power and the renunciation of violence, they’ve been shattered,” he said.

For Biden, who served four decades in the Senate, it was a remarkable concession and underscored the gravity of the threat. And, he acknowledged, he knows the world is watching to see how the nation responds — and wondering if the country’s democracy will survive.

“Did you ever think you’d be asked that question by another leader?” Biden said.

previousSteven C. DeVane: A growing crisis for most vulnerable Floridians

nextRick Scott says he expects AOC to move to Florida