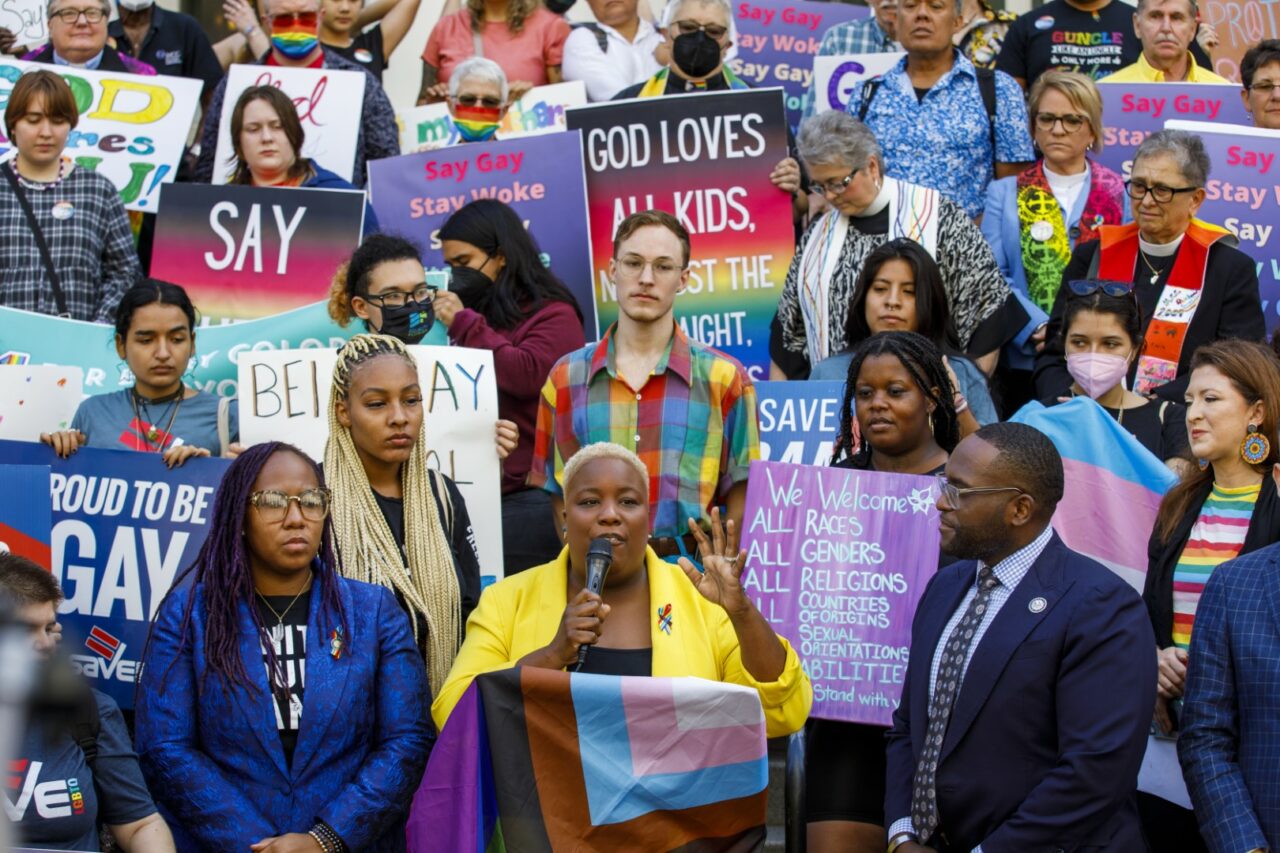 The rally comes in response to the passage of controversial parental rights legislation governing classroom instruction on LGBTQ matters.

The rally will start at 4 p.m. on the steps of St. Pete City Hall, 175 5th Street North. There, officials like state Rep. Michele Rayner, who is the first openly gay woman of color elected to the House, will speak on the bill.  Pinellas County School Board Member Caprice Edmond and LGBTQ consumer advocate Nathan Bruemmer will also speak. After the speeches, there will be a march.

The rally comes in response to legislation passed by the Senate Tuesday in a 22-17 vote, sending the bill to the Governor’s desk, where he is expected to sign it into law.

The Senate voted on the House version of the legislation, which cleared that chamber in a 69-47 vote two weeks ago. The proposal (HB 1557) would limit classroom instruction of sexual orientation and gender identity, a move Republican leadership says would bolster parental rights.

“These topics (sexual orientation or gender identity) are not suitable for K through 3,” Baxley said when presenting the bill.

The legislation has been the subject of controversy, with waves of Florida students protesting the bill in a last-ditch plea with state Senators to vote it down. It has also drawn public criticism from physicians, members of the LGBTQ community, LGBTQ advocacy organizations, the Florida PTA and ACLU Florida at committee hearings.

Critics of the bill worry that its vague language will have a chilling affect on teachers, who may stop discussion of LBGTQ families out of fear of a lawsuit. Opponents have also expressed concern over the message the legislation sends to already-vulnerable LGBTQ students.

However, Republican supporters of the bill insist on the parental rights aspect of the legislation. Proponents of the bill include Florida Citizens Alliance, Christian Family Coalition and the Florida Family Rights Council.