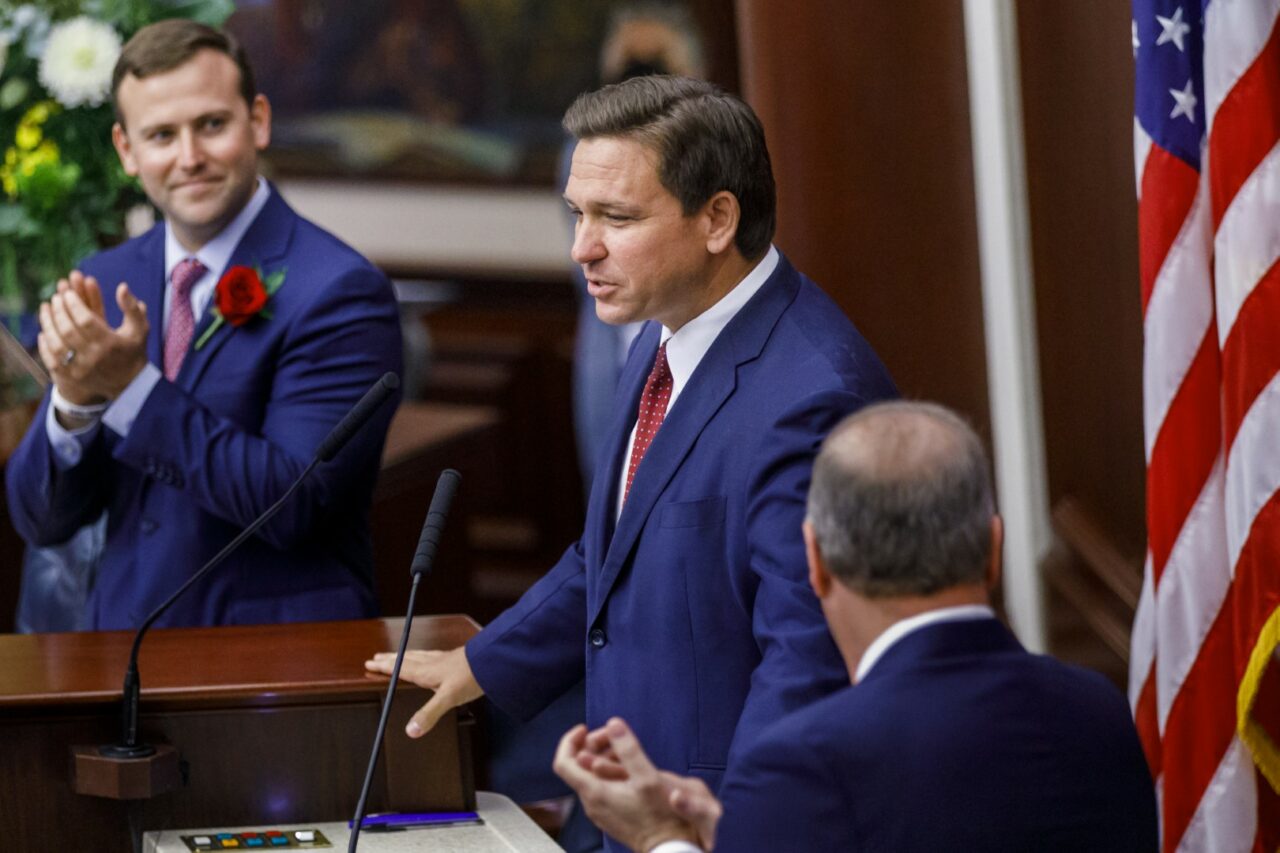 'Thank you for letting me and my wife be able to send our kids to kindergarten without them being sexualized.'

With the Legislature now adjourned, Gov. Ron DeSantis says lawmakers have delivered on education priorities, including with laws widely condemned by Democrats as targeting students based on race and sexual orientation.

The Legislature returned Monday to pass their proposed $112.1 billion budget, touted by members of both parties for setting aside more money for students and teachers. Lawmakers also voted to eliminate the Florida Standards Assessment (FSA), a DeSantis priority that unified teachers, parents and Republicans.

However, Democrats and critics have lambasted the GOP-led Legislature for legislating instruction on “critical race theory” and LGBTQ identities. The Republican Governor leaned into those condemnations in his closing remarks after lawmakers adjourned Sine Die, referring to the measures as “curriculum transparency” so parents know what their children are learning about in classrooms.

“As the parent of three kids that are age five and under, thank you for letting me and my wife be able to send our kids to kindergarten without them being sexualized,” DeSantis said.

The parental rights in education legislation (HB 1557), dubbed the “Don’t Say Gay” bill by critics, would prevent discussions about sexual orientation and gender identity between kindergarten and third grade. Additionally, it would limit instruction about those topics in later grade levels to age-appropriate discussions.

Proponents say everyone should be able to get behind those measures. However, critics say it’s not the plain language of the bills that upsets them.

“I can’t not make it personal,” said Rep. Carlos Guillermo Smith, an openly gay Orlando Democrat, as he debated the bill. “This bill goes way beyond the text on the page. It sends a terrible message to our youth, that there is something so wrong, so inappropriate, so dangerous about this topic that we have to censor it from classroom instruction.”

DeSantis said lawmakers ensured people would not be treated differently based on their race.

“We in Florida showed a commitment to education, not to indoctrination,” DeSantis said.

The Legislature also voted to remove standardized assessments and replace them with a progress monitoring system. The bill (SB 1048) passed the Senate unanimously and passed the House in a vote of 83-31, with six House Democrats voting with Republicans in the majority.

“That’ll be more friendly for teachers, for students,” DeSantis said. “It’ll give more feedback for parents, and it’ll mean a lot less time having to take tests in school. So that is a huge win for parents, students and teachers.”

“Between last year and this year with record funding for the K-12 system, parental choice in our K-12 system is going to drive competition like none other, and it’s going to relieve a lot of families that are struggling with generational poverty to lift those families out of it,” Simpson said.

Lawmakers also approved $200 million to restock the Florida School Recognition Program, a performance recognition fund available to districts that sustain an “A” grade or improve a whole letter grade. However, lawmakers are restricting the performance recognition fund to only be available to the 55 districts that followed state law and orders from the DeSantis administration banning mask mandates.

North Miami Democratic Rep. Dotie Joseph was one of two Democrats to vote against the budget. The $200 million fund was among the reasons she told Florida Politics she could not vote for the spending plan.

“They continue to try to bully local governments, and in this case, school boards by punishing them for protecting the children, which is their job,” Joseph said. “I can’t support that.”

nextLast Call for 3.14.22 — A prime-time read of what’s going down in Florida politics