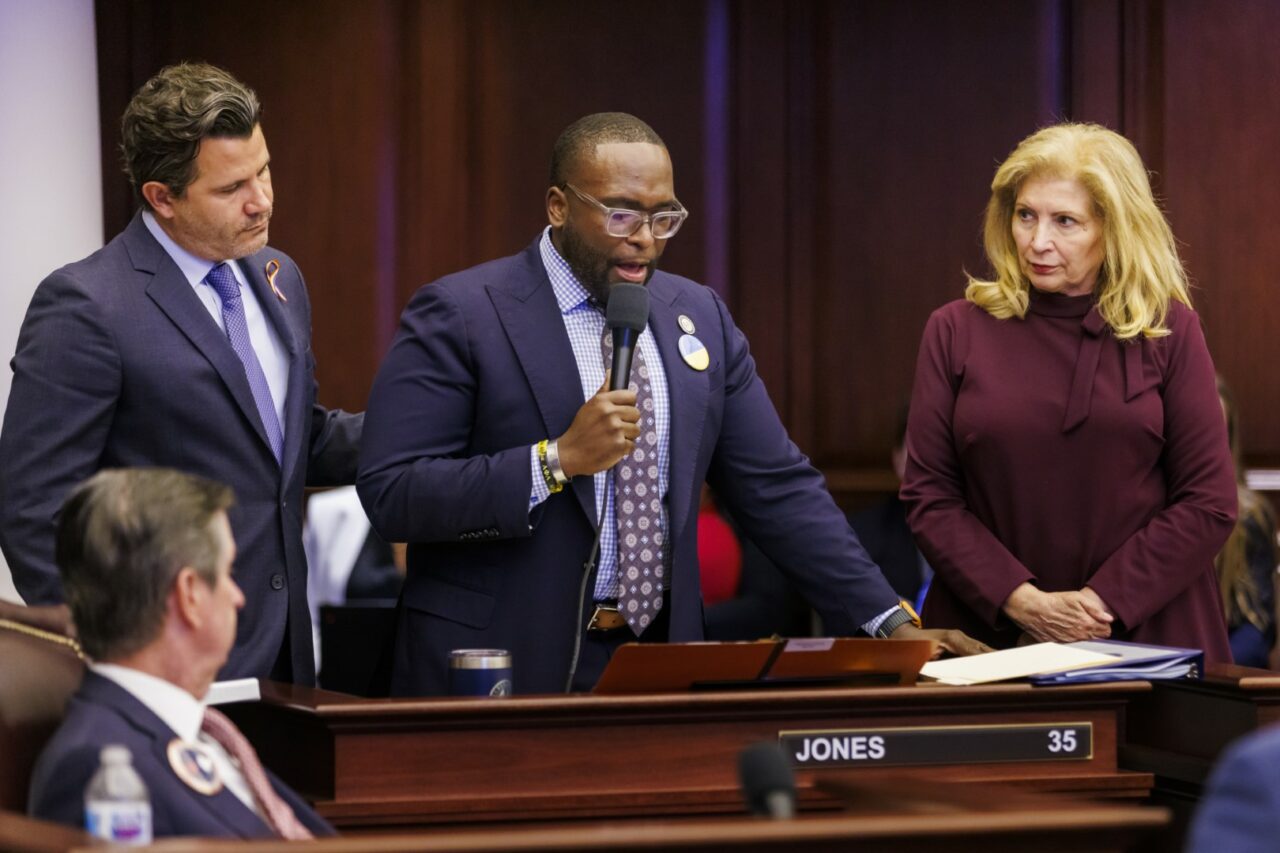 When it came to rational reform and fighting for Floridians unable to advocate for themselves, the 2022 Legislative Session proved another successful round of lawmaking for Democratic Sen. Shevrin Jones of West Park.

Among them: SB 236, a measure that promises to positively affect innumerable families by raising from 5 to 9 the age through which a child in public schools can be categorized as “developmentally delayed.” That change will bring Florida’s rules in line with national standards.

It can sometimes be difficult to identify developmental delays in some young children, and those who miss identification by age 6 can risk a break in service and eligibility for public special education programs, Jones told Florida Politics.

“This now provides the opportunity to discover if a child has developmental delays and to give the student proper services, and those resources will be made readily available to parents so they’re aware of what they can do at home to help,” he said. “It puts us back on track with the federal government and makes sure we’re doing work on the front end to help children.”

It was Jones’ version that the Legislature ultimately enacted with unanimous support from both chambers.

“This will give educators and administrators time to assess, pull together the multidisciplinary team and figure out what’s going on with the students,” Tant told Florida Politics in January.

Another bill that saw united support, SB 1236, will update standards and oversight for the many jails and detention facilities across Florida.

The bill, to which Opa-locka Democratic Rep. James Bush III filed a companion (HB 1561), creates the Florida Model Jail Standards Commission and calls for a working group, composed of members appointed by the Florida Sheriff’s Association and Florida Association of Counties, to develop model standards for county and municipal detention facilities.

Jails will be inspected at least twice yearly, and any violation of the standards the working group sets forth will result in steep financial penalties — up to $2,000 daily in a worst-case scenario — until the issue is resolved.

Jones said he worked on the legislation with Pinellas County Sheriff Bob Gualtieri.

“Most of these things are already being done in the larger jail facilities like in Dade County and Broward County,” Jones said. “It’s just putting those standards in place to bring uniformity to all the municipal jail facilities across the state.”

Jones took aim at broadening health care insights with SB 1258, which aimed to expand what information managed medical assistance plans collect and report to clients. Lawmakers set his version of the bill aside in favor of an identical measure Democratic Reps. Robin Bartleman of Weston and Nick Duran of Miami carried in the House. The measure passed unanimously.

Starting in 2025, every MMA plan in Florida must collect and report “Adult Core Set” behavioral measures to the Agency for Health Care Administration.

In 2026, each MMA plan must break down all its performance measure data by recipient age, ethnicity, primary language, sex and disability status.

Further, it will require an MMA plan’s performance to be published on its website “in a consumer-friendly manner, allowing potential enrollees to reliably compare the performance of available plans,” according to a House staff analysis.

“It gives you a benchmark to know who and what you’re working with,” Jones said. “Every ethnicity has different health challenges. In the Black community, there is high blood pressure and other things. By having this demographic information, those services will be able to track these things and better prepare as a provider for what type of services they’re putting out.”

On at least one occasion, a bill Jones sponsored failed in its original form but was taken up in an even more impactful form later.

Instead, the ENERGY STAR portion of the bill was absorbed into a massive House tax bill (HB 7071) setting a one-year tax exemption on the sale of noncommercial, ENERGY STAR-labeled washing machines, clothes dryers, water heaters and refrigerators.

“I’m fine with that,” Jones said, laughing. “You can put money back into Floridians’ pockets. I’m here for it.”

Not all of Jones’ bills made it through both legislative chambers. One such bill (SB 630) was a spiritual successor to legislation Jones saw through in previous years.

Dubbed “Ava’s Law” after an infant girl born prematurely in a jail cell who later died at UF Health Shands Hospital, the measure would have enhanced safeguards and protections for pregnant and potentially pregnant prisoners.

Democratic Rep. Dianne Hart of Tampa filed a version of the bill (HB 363) in the House less than a week before Jones filed his.

The bill would require every woman who is arrested and not released on bond within 72 hours to be administered a pregnancy test at her request. It would also authorize a sentencing court to stay the beginning of a female prisoner’s period of incarceration for up to 12 weeks after the woman gives birth or is no longer pregnant.

The pregnant woman would have to comply with specific terms and conditions during her stay of incarceration. Upon finding the woman violated those terms or is convicted of another crime, a judge may order sanctions, including incarcerating the pregnant woman to serve the sentence for which she was granted a stay.

During his final term in the House, Jones helped to pass the “Dignity for Incarcerated Women Act,” which required staff to provide feminine hygiene products, toothbrushes and toilet paper at no cost to inmates. In 2020, he introduced a bill reducing the use of solitary confinement for women inmates.

“The one thing we forgot was to ensure that the mom is spending enough time with the baby after to provide what the baby needs and allow women to request a pregnancy test after being in the facility so a judge can decide whether to allow the mom to have that baby with dignity,” Jones said.

While the Senate unanimously passed SB 630, its House analogue never got a hearing. Lake City Republican Rep. Chuck Brannan III, who chaired the House Criminal Justice and Public Safety Subcommittee, refused to take up the measure.

“I’m going to put it forward again next year,” he said.

Ryan Nicol and Tristan Wood of Florida Politics contributed to this story.