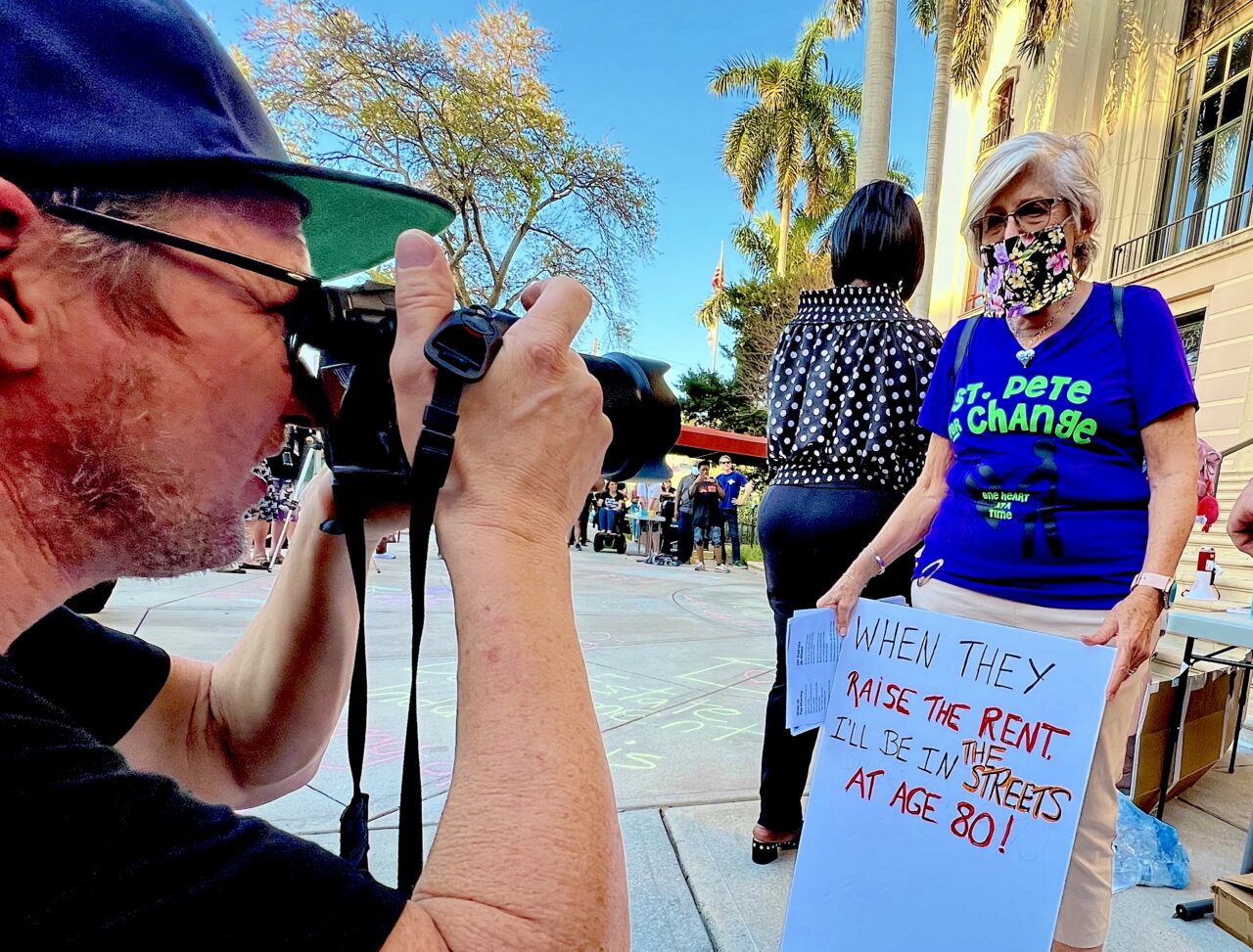 Last month a study from the Harvard Kennedy School found nearly half of renters and a quarter of homeowners in St. Pete are cost-burdened.

The city of St. Petersburg Wednesday said it has taken “major steps” in improving housing affordability as it acknowledges the crisis but shys from declaring a housing state of emergency.

Mayor Ken Welch set affordable housing as a main priority during his January inauguration. In one of his first official acts, Welch created a position — Assistant Administrator for Strategic Initiatives — and appointed Neighborhood Affairs Administrator Rob Gerdes to it. Welch said the office will grow to take on more issues, but Gerdes will prioritize housing full time to begin.

St. Pete’s Delmar 745 project welcomed its first families last week. It’s a newly constructed 12-story, 65-unit apartment complex next to Interstate 175 downtown, targeted at renters making 30-60% of the AMI. Thirty-three of the units are designated for the 30% AMI bracket and formerly homeless, while 32 are reserved for those between 30% and 60%. Despite rents capping at $600 for two-bedroom units, the complex was built to market standards and features private parking, energy efficient appliances and laundry and gym facilities.

“This project is a perfect example of affordable housing progress. With units targeted toward working class families and the formerly un-housed, this project truly provides opportunity to those who need it most,” Welch said. “I’m also pleased to open the doors to new affordable housing right in our city’s downtown area, where residents can live, work and play without having to navigate burdensome commutes.”

Last week, the city announced it was putting nearly all of the $45 million it received through the American Rescue Plan to combat the housing crisis. Last month, the City Council shot down proposals from Council Member Richie Floyd to explore rent control or declare a housing state of emergency, but it did agree to explore legal support for tenants facing eviction amid the rental crisis.

“That’s a really powerful thing that can help not only our most vulnerable tenants, but also help our city save funds in the long term because evictions are one of the main sources of homelessness across the country,” Floyd said. “Being able to lower that number might be really useful. It’s going to be unique to our city and unique to our state. I think it will be a robust discussion and I think it will help a lot of working families in this city.”

The City Council last week also approved another $617,000 in incentives for the construction of 10 single-family homes at 12th Avenue and 16th Street South. Those will cost around $230,000 and are targeted at incomes at or below 80% AMI.

But some renters in St. Pete said the city hasn’t acted quickly enough. During a demonstration outside City Hall last month protestors demanded action and threatened to set up a tent city downtown if there’s no progress.

“We said we were going to move forward with a tent city occupation if our demands were not met. It’s time to come to a decision about that,” Aaron Dietrich, a union organizer, said. “I imagine there might be calls that need to be made to loved ones before you sign a list like that, but tonight we vote with our feet.”

nextLast Call for 3.16.22 — A prime-time read of what’s going down in Florida politics