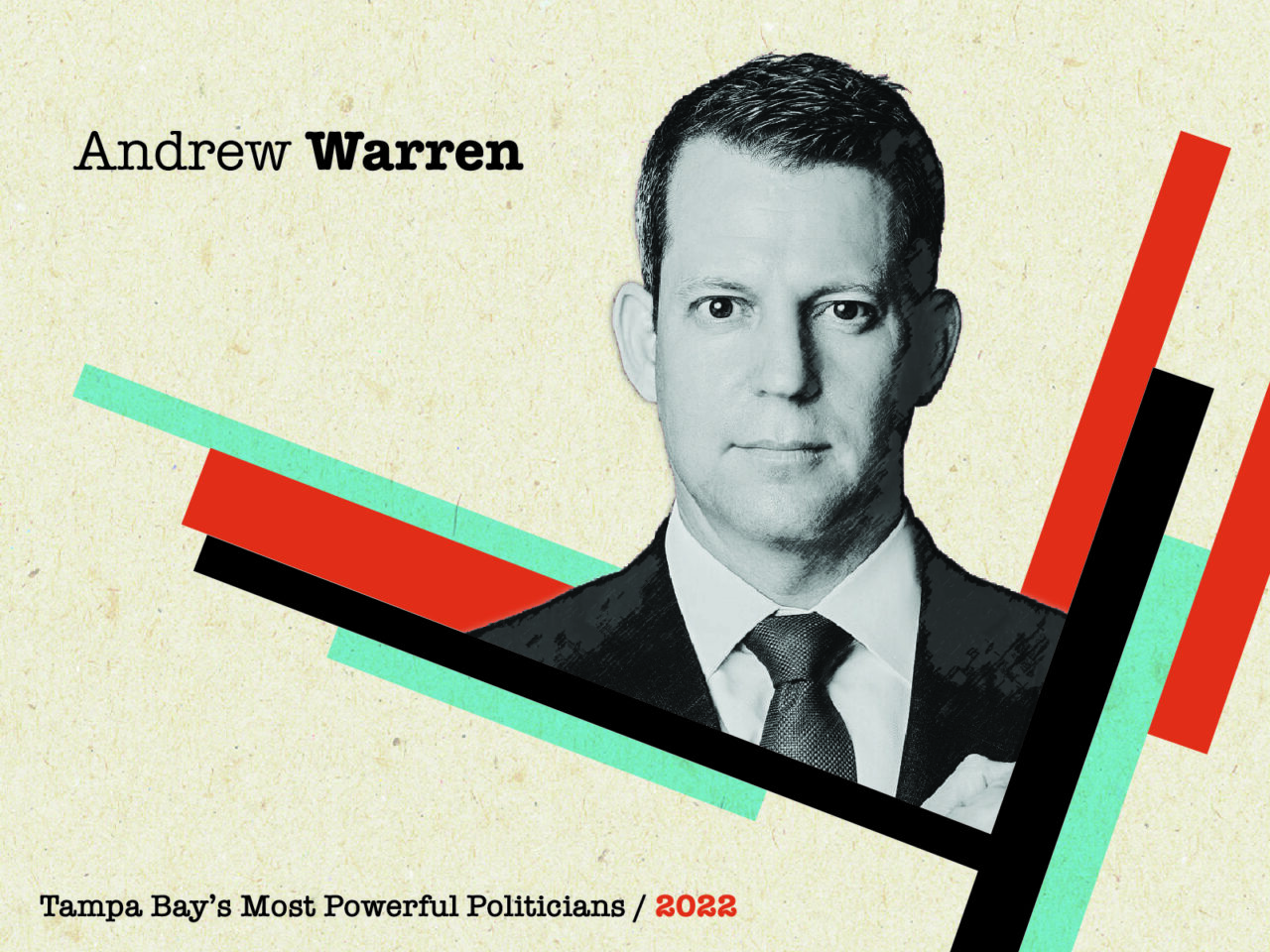 Warren uses every constitutionally granted power he can to change the justice system from within.

“Social justice warrior” has become somewhat of a pejorative in the political lexicon. But if one were to describe what an effective social justice warrior might look like, you’re likely to get something close, if not exactly, like Hillsborough County State Attorney Andrew Warren.

Warren has climbed the list steadily since defeating Republican incumbent Mark Ober in 2016. He has moved up one spot since last year, which had him up one spot from the list before.

Major reforms have marked Warren’s tenure as the top prosecutor in the county, to Hillsborough’s justice system and bullish stance against bills like 2021’s HB 1. The bill, filed in the wake of civil unrest following George Floyd’s murder by Minneapolis Police, was a priority of the Governor. Warren called the bill unconstitutional and unnecessary because the state already had sufficient anti-riot laws.

Warren didn’t just publicly proclaim he wouldn’t enforce the law, he refused to prosecute 67 protesters arrested in early June after Tampa protests turned violent. He also sought to expunge the arrests from each person’s record and praised protesters for calling for reform. And the judicial system has so far sided with Warren. Federal Judge Mark Walker in September issued an injunction blocking the enforcement of HB 1. The Governor has appealed, but during a hearing Thursday, each of the three judges seemed skeptical the law would stand. However, a ruling was not issued.

“Since being elected as Hillsborough County’s State Attorney, Andrew Warren has emerged as an important voice on issues of justice reform,” said Ron Pierce, president of RSA Consulting. “He is frequently at the center of these policy conversations at the local and statewide levels, and he has had a major impact.”

Warren was quick to indicate he wouldn’t wait for the Legislature to reform the criminal justice system. He began using every constitutionally granted power he could to change the system and keep youth and low-level offenders out. Warren took steps to decrease the number of people arrested and incarcerated for first-time, nonviolent offenses, and he worked to disarm domestic abusers and increase the use of problem-solving courts. Annually, his programs keep about 700 children and 850 adults out of the system.

He also instituted programs to get people out of prison. In 2018, he launched a Conviction Review Unit. That team helped exonerate Robert Earl DuBoise, released from prison after serving 37 years for the 1983 rape and murder of a young woman in Tampa. Warren’s office helped reveal DuBoise’s wrongful conviction.

And it’s not just the bipedal population that Warren is looking out for. They praised him for coming down hard on the CEO of an animal charity who filed fraudulent pet insurance claims.

Warren has also held himself accountable. He was one of three prosecutors nationwide (two in Florida) to sign onto the Prosecutorial Performance Indicator project. Through that initiative, Warren could add a public-facing, data-driven dashboard to his office’s website that tracks the success of prosecutor offices and how those offices serve the community. It uses 55 indicators to measure performance toward the goals of capacity and efficiency, community safety and well-being, and fairness and justice.

“Andrew Warren stepped up as a statewide voice during last year’s anti-riot House Bill 1 and this year’s proposed Election Security force — in both cases, pushing back with thoughtful arguments grounded in reality and sound policy,” said Preston Rudie, founder of Catalyst Communications Group.

“Now, he’s tapped to serve as chair of the Florida Democratic Party’s Safety & Justice Task Force, and he will spend 2022 crisscrossing Florida with a group of leaders from the justice system. They’re gathering innovative ideas to tackle crime and then reporting back the best ones for cities and counties to consider putting in place. With an expanding voice on statewide issues and the opportunity to produce positive results in his wheelhouse of justice reform, Andrew Warren is poised to continue increasing his impact.”

The task force will look at three goals: reducing crime by tackling the root causes of criminal behavior and minimizing recidivism; prioritizing prosecutions of the greatest threat to communities, while offering alternatives to low-level offenders; and building stronger bonds between law enforcement and communities.

Joe Henderson’s take: As the Hillsborough County State Attorney, Warren is duty-bound to be tough on crime. And he is, when it’s merited. But he has become a leading voice in the state for badly needed criminal justice reform, which puts him at odds with the current climate in Tallahassee. Good.