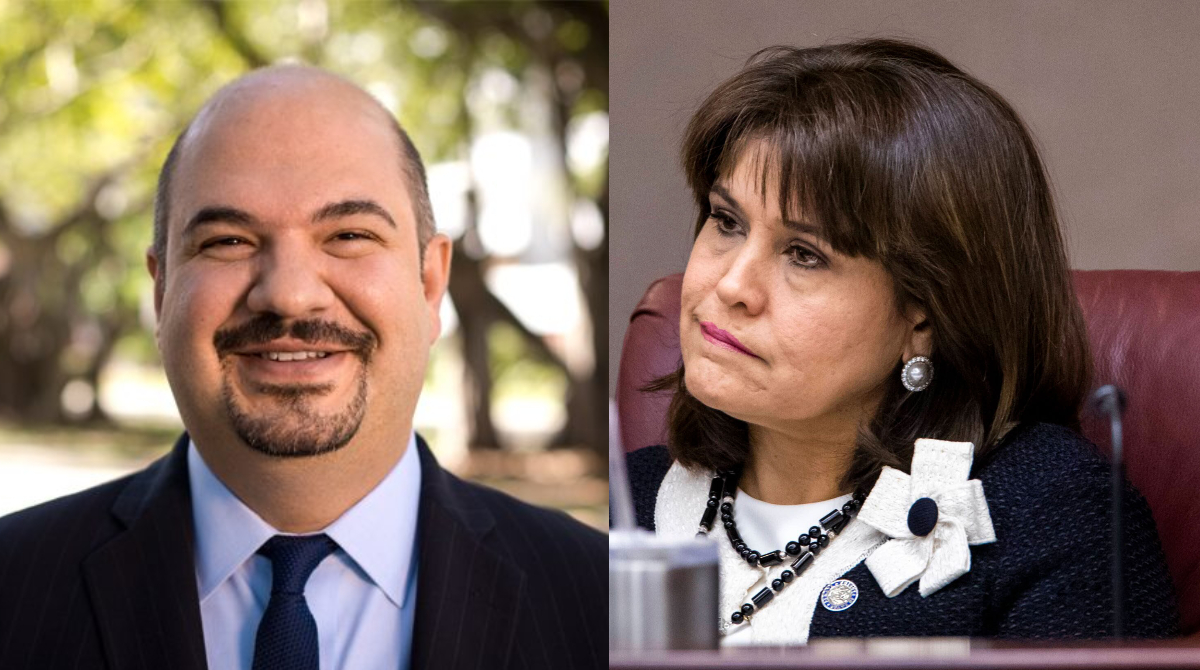 Ulvert has counted Taddeo as a client since 2017.

Ulvert tendered his resignation as chair of Taddeo’s political committee, Fight Back Florida, Thursday afternoon, marking a new chapter in a lengthy working relationship between the two.

In a letter to Donna Brown of the Florida Bureau of Election Records, he acknowledged a new chair of Fight Back Florida had been identified and that accompanying forms will be submitted to the state to finalize the changeover.

Speaking with Florida Politics, Ulvert called Taddeo “a fighter” whose voice and leadership strengthen the Democratic Party. He said he considers her a friend and someone who cares deeply about Florida’s future, noting he and his husband “are proud donors” to Taddeo’s campaign.

He’s leaving, he said, to focus on other work.

“I did share with Annette earlier this month that as senior advisor to the Senate Democratic Caucus, the fight to protect our incumbents and gain ground to have a stronger caucus is paramount,” he said. “But (I) continue to believe in my core that our state will be stronger with Annette’s leadership. That has not changed.”

Ulvert has counted Taddeo as a client since 2017. As an adviser, strategist, spokesperson and fundraiser, among other roles, he helped her and many others — including Sen. Janet Cruz, Rep. Matt Willhite, Miami-Dade Mayor Daniella Levine Cava and Miami Beach Mayor Dan Gelber — win and keep office.

The Florida Division of Elections lists him as chair of six active political committees. That doesn’t count his involvement in county and municipal elections.

In 2020, he served as President Joe Biden’s strategic adviser in the state. In addition to his work as president of Miami-based communications and political consulting firm EDGE Communications, Ulvert is the general consultant for several organizations, including the Democratic Legislative Campaign Committee, better known as Senate Victory.

His departure comes after numerous statewide polls found Taddeo trailing in the race, putting her behind U.S. Rep. Charlie Crist and Agriculture Commissioner Nikki Fried. Multiple surveys showed her lagging with less than half the support of her next-closest opponent.

That’s despite her campaign earning a wave of endorsements from current and former politicians from across the state that Ulvert typically announced through press releases.

Taddeo is also far behind in funding. As of Feb. 28, she had about $703,000 between her campaign account and political committee — roughly the same sum she’s raised since she announced her run for Governor in October.

Crist, a former Republican who served as Florida’s 44th Governor from 2007 to 2011, has about $4.7 million between his campaign account and political committee, Friends of Charlie Crist.

Of that, she raised nearly $1.6 million since October.

The Democratic Primary Election is on Aug. 23, with early voting running from Aug. 13 to 20.