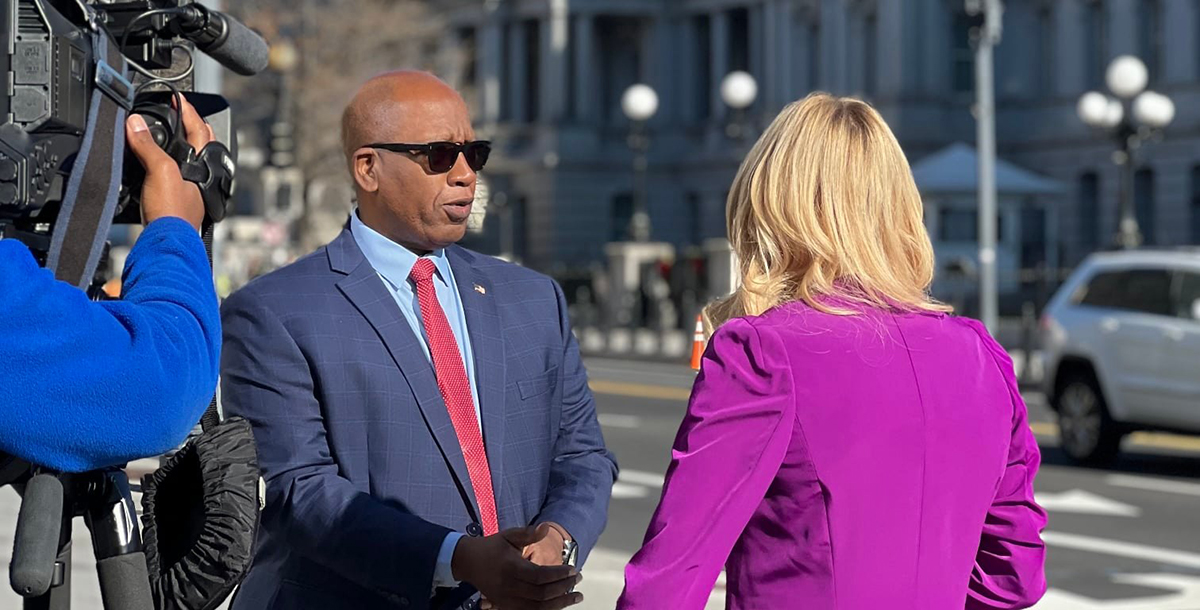 'We have been innovative in addressing challenges, and our decisions are informed by facts, data and science.'

“This is an important time for our city. It is an important opportunity to reflect on who we are as a city,” Welch said. “To understand our history and culture, develop a clear-eyed consensus on the opportunities and challenges facing us, and to develop impactful plans or opportunity agendas, to build a path to progress for every St. Petersburg resident, worker, visitor and stakeholder.”

Welch started by acknowledging that his historic election as the city’s first Black Mayor got off to an unconventional start. Welch was diagnosed with COVID-19 days before his inauguration, sending the ceremony — along with his first week or so in office — virtual.

But Welch tried not to be slowed by the diagnosis, appointing Rob Gerdes to a new housing-focused administrative role on day one. Gerdes was confirmed to another new role as the City Administrator last week following a national search.

Welch said his administration promised inclusive progress and equity throughout city operations and argued that he has so far delivered.

“We govern based on our principles. We have endeavored to be in touch and inclusive. We have been innovative in addressing challenges, and our decisions are informed by facts, data and science, with the overarching goal of meaningful community impact. And we have been intentional in the application of equity as a core principle,” Welch said. “Our administration will remain focused on those principles, with the goal of inclusive progress.”

Welch cited progress in the city’s affordable housing crisis; climate resilience; innovation; and equitable development among areas of accomplishment. Those initiatives carry through City Hall as well, he said. Welch helped negotiate retroactive raises for city employees and got the minimum wage raised to $15 an hour for all city workers. He also hired David Malone as the city’s new director of procurement to increase equity among the city’s contracting efforts.

Affordable housing has become one of the most prominent challenges of the day. Rents in St. Pete have gone so high that residents have threatened to establish a tent city outside City Hall in protest.

But Welch argued St. Pete is leading the state, even if rent control is still a bridge too far.

Just last week, he said the City Council approved a new development near Gibbs High School that will bring 264 affordable housing units to the city, among other new developments and initiatives implemented to keep people in their homes or rehome them.

“This is the first development of its kind in the state under HB 1339, which allows municipal governments to approve development of affordable housing on any parcel zoned for residential, commercial or industrial use,” he said. “This is how innovation, collaboration and common purpose move us to success.”

But there are other major areas of progress as well, he said — namely in the technology sector. Examples include the ARK Innovation Center, an incubator for tech startups; the recently opened Maritime Defense and Technology HUB; and a newly endowed Kate Tiedemann School of Business and Finance expanding the city’s financial technology and innovation capabilities.

“St. Pete is positioned to be an innovation hub — creating solutions for our city, our region, our state and for the world,” Welch said. “And projects like these don’t just generate revenue, they breed excitement, especially among young people.”

The Mayor said St. Pete is still in talks to find a new home for the Tampa Bay Rays, but one of his defining legacies will likely be what happens to the Tropicana Field site once the stadium is gone. Welch is himself a native of the Gas Plant area that once existed there.

Before leaving office, former Mayor Rick Kriseman selected developers for the site, but Welch said he’s taking another look. He said he has a number of questions, including how the proposals will change based on supply chain and labor issues that have arisen throughout the COVID-19 pandemic.

“I’ve also asked for a more definite answer on how the developers plan to honor the Gas Plant community that was displaced when the stadium was first constructed,” Welch said.

“These are important questions, and the answers will inform my decision on the master developer over the next weeks. As you know, I was a child of the Gas Plant community, and this is not only a vital decision for the future of our city, but also a unique opportunity to finally fulfill the promises of equitable development made to the Gas Plant community. This is our opportunity to shine.”