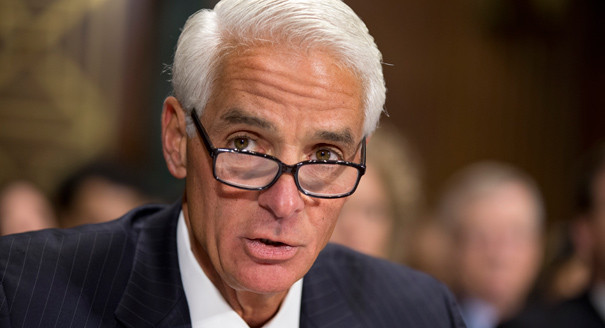 The bill was conspicuously filed weeks before the Florida Legislature is scheduled to tackle the issue.

The Florida Legislature meets this month on property insurance reform, but could Congress beat them to it?

The Fueling Affordable Insurance for Homeowners Act, or FAITH Act, would provide a federal backstop for catastrophic losses by issuing loans to state insurance commissioners for insurance costs over a set threshold. Loans could be repaid at low interest rates over the next decade, similar to federally backed Terrorism Risk Insurance support authorized in the wake of the 9/11 terrorist attack in 2001.

Crist, a Democratic candidate for Governor, conspicuously filed his bill after insurance reform failed to pass in the Legislature this year.

“While Florida’s government is busy fighting culture wars, our people are facing a chaotic and deteriorating property insurance market, driven by excessive reinsurance at exorbitant rates,” Crist said. “With hurricane season right around the corner, premiums are increasingly unaffordable, and carriers are leaving the market altogether. Floridians cannot wait for bold action to bring down premiums, and that’s exactly what my bill would do.”

That jab poked at Florida’s political leadership for prioritizing provocative bills popular with the base, like one forbidding kindergarten through 3rd-grade teachers from including anything in curricula about sexual orientation or another banning abortions 15 weeks into pregnancy. Meanwhile, matters such as insurance reform or updating building codes after the deadly collapse of a South Florida condo tower failed to clear both chambers.

Gov. Ron DeSantis has called for the state Legislature to convene again from May 23-27 for a Special Session on insurance.

In his call, DeSantis said he wanted the exclusive purpose of the Session to be consideration of bills regarding property insurance, reinsurance, changes to the Florida building code, the Office of Insurance Regulation, civil remedies and appropriations.

It’s unclear what could be agreed upon during the Special Session. Earlier this year, the Florida Senate passed a bill (SB 1728) that would allow a roof deductible and let Citizens Property Insurance, the state-run insurer of last resort, to raise rates faster. That’s a different solution than the one offered by Crist.

Of note, the state legislation ran into a roadblock because House Speaker Chris Sprowls expressed skepticism and instead wanted to see potential impacts unfold from reforms passed in 2021.

Solutions offered in the Republican-controlled Legislature have looked very different from Crist’s proposal, and of course, there’re different tools available to the state or the federal government.

There’s no telling if the federal legislation could serve as a model for a bill DeSantis may sign. But the bill boasts the support of the Federal Association for Insurance Reform and other experts in the industry.

“Reinsurance is the largest expense for homeowners insurance companies, and those expenditures ultimately get passed on to consumers through their insurance premiums,” said Paul Handerhan, president of the Federal Association for Insurance Reform. “Creating a federal catastrophic excess of loss (CAT XL) reinsurance backstop for the most severe natural catastrophes will stabilize an increasingly volatile insurance sector being driven by the increased frequency and severity of catastrophic weather events. If this legislation is codified into law, consumers will enjoy more market competition, increased insurance product offerings, and significantly less rate pressure on their insurance premiums for natural catastrophe coverage.”

“This simple plan will dramatically reduce insurance rates for Homeowners, Condominium and Co-Op owners, and renters,” he said. “Reinsurance in Florida today can make up 50-60% of the cost of insurance premiums, and this program will very substantially reduce the cost of reinsurance. It does this without any cost to the State or Federal Governments, by simply using the vast resources of the Federal Government to guarantee payments to insurance companies for the worst natural disasters. These payments would be repaid to the federal Government by the States, but at T-Bill rates, not at the vastly inflated rates charged by reinsurers. Florida residents are struggling to find available and affordable insurance. This plan will take care of both availability and affordability of insurance.”

previousFlorida to hospitals: Show us the money spent on treating undocumented immigrants