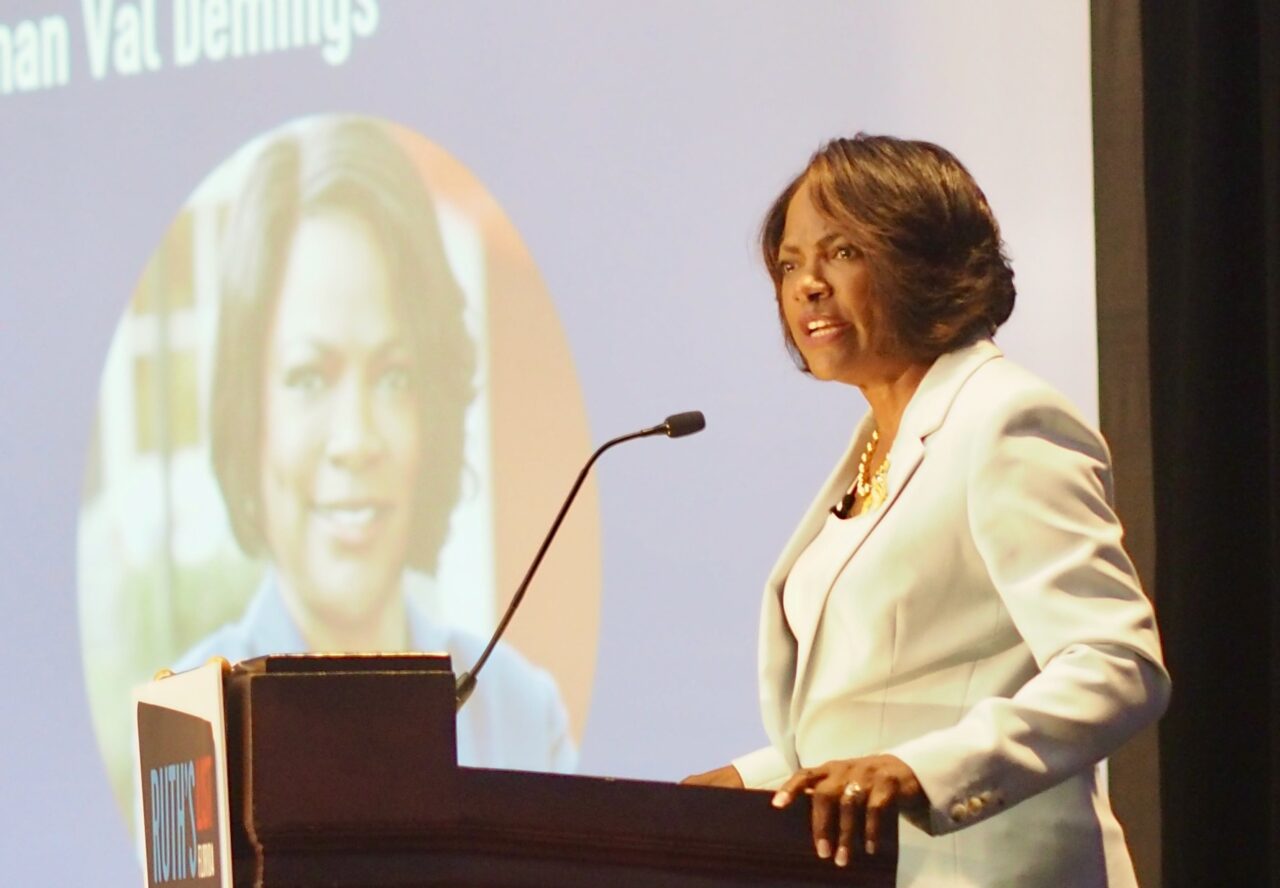 'I support abortions up until the point of viability, or when it threatens the health of the woman,' Demings said.

“I investigated sexual abuse cases and rape cases, and doggone it, we are not going for that, are we, Florida?” Demings, the former Orlando cop, challenged the crowd.

Demings comments, as a keynote speaker to the Ruth’s List Florida She’s the Change Leadership Conference in Orlando highlights the emergence of abortion as a potential major issue in the 2022 Senate campaign.

With the expected release of a Supreme Court of the United States opinion next month that would reverse the abortion rights decision of Roe v. Wade, the deeply emotional topic already has become front-and-center to campaigns.

Demings and Rubio already have established themselves as being strongly for and against Roe v. Wade, respectively. That also played out in Congress when Demings cosponsored a bill that would put the original Roe v. Wade ruling into the federal statutes, while Rubio voted against the bill’s counterpart in the Senate last week.

The debate from here may be about how far they each go on the abortion question, how they characterize one another’s positions, and how that plays to voters.

Just as Demings accused Rubio of extremism in opposing abortion access, Rubio’s campaign also has accused Demings of extremism on the opposite side, charging that she supports abortion rights up to the time of delivery. On Saturday, speaking to journalists shortly after her Ruth’s List speech, Demings sternly denied that characterization of her position.

“That’s foolishness,” Deming said. “Desperate people say desperate things. It’s quite interesting. I support Roe v. Wade, a constitutional right that women have had for 49, almost 50 years. Roe v. Wade came with restrictions. So for the Rubio campaign, they are searching for something to take attention away from his extreme views about a constitutional right that women have in this country.

“I support abortions up until the point of viability or when it threatens the health of the woman, the mother,” Demings added. “Marco Rubio is the one who has absolutely zero restrictions.”

Rubio will get his chance to confirm, clarify or refute her assessment Saturday night in Orlando, when he delivers a speech to the Florida Family Policy Council, a strongly anti-abortion organization. However, the conference, just two blocks away from where Ruth’s List met Saturday, and Rubio’s speech are closed to the media.

previousSt. Pete to unveil new swing for kids of all abilities Monday

nextSmall plane crashes on bridge near Miami, striking an SUV