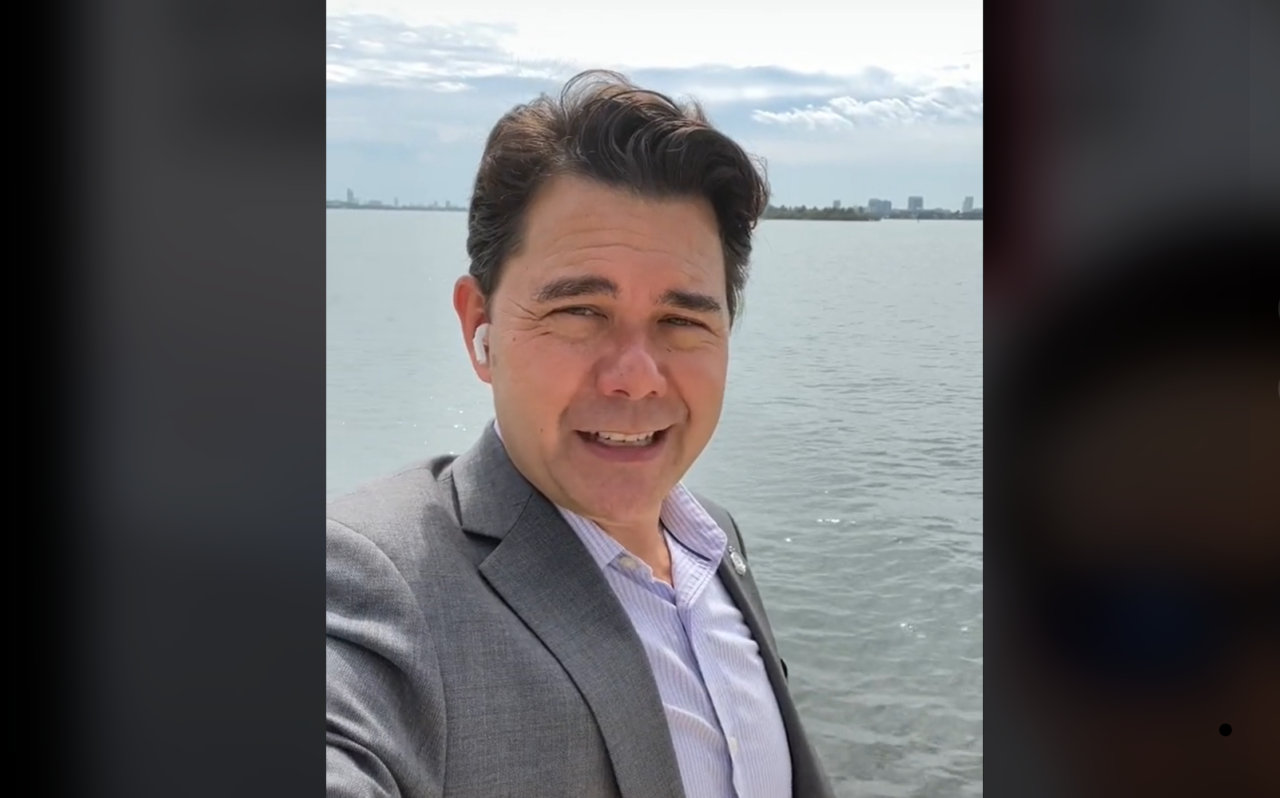 Russell's following on TikTok has increased nearly tenfold since January.

At the time, Russell had just gone viral for posting a video introducing himself and telling platform users how he believed it could impact the outcome of a federal election. Within days, his following skyrocketed to 22,000.

That number has since grown nearly tenfold.

While videos posted in subsequent months garnered him even stronger viewership, Russell’s engagement levels on the platform have exploded over the past week after he posted a pair of videos about sea pollution.

In one post that as of Wednesday has received close to 4 million views, Russell called attention to a video of people popping balloons on a boat and tossing them into the water at a marina near the city’s Coconut Grove neighborhood.

“We hold polluters accountable here,” Russell said in the video, which gained added traction after surfing legend Kelly Slater shared it with his followers.

“This is an environmental crime — not a fine; it’s arrestable. And so I’ve been working with my Police Chief, who’s also talking with the State Attorney’s Office as well as the Coast Guard to make sure we’re not polluting our bay and those who are caught are held accountable.”

Miami-Dade County police have since arrested two people on charges of willful disregard for the environment.

Thanks @KELLY SLATER🌊🏄 for blasting this. #pollution #waterquality @SurfriderFoundation

Russell posted another video Monday, this time a compilation of posts by TikTok user jfaux09, who was later identified as Joseph Faucheaux of Louisiana. Russell’s video compiles several posts Faucheaux uploaded to the platform showing himself casually tossing beer cans into the ocean from a moving boat.

“I think we found a winner in today’s edition of ‘Stupid Games, Stupid Prizes,” Russell said. “If you can help me find him, I’d really like to give him a trophy.”

The video spread across TikTok — with some help from popular user Michael McWhorter, a South Florida-based video editor and director who goes by the name TizzyEnt — and onto several other platforms.

There’s more. Russell tracked Faucheaux down and got him to agree to an on-camera conversation in which he took Faucheaux to task for his actions. Faucheaux so far hasn’t faced any legal repercussions. Russell said he’d prioritize passing legislation to make that easier if elected to Congress.

Mom brought all the justice we needed.

In 2016, he helped to reestablish Miami’s Sea Level Rise Committee to better examine and counteract frequent flooding in the city. He’s since called for the volunteer panel to be granted additional members and a permanent place in the city’s climate resilience effort.

This year, Russell is challenging Republican U.S. Rep. María Elvira Salazar in Florida’s 27th Congressional District. But while Russell has only been in the race for just over two weeks — he switched contests this month from an initial bid for Senate — new internal polling shows him already within striking distance of the freshman Congresswoman.

Orlando-based public opinion research firm The Kitchens Group found Russell and Salazar to be separated by just 2 percentage points in the race, with 15% of likely voters polled saying they were undecided.

nextLast Call for 5.18.22 — A prime-time read of what’s going down in Florida politics